UB alumnus James Hamel was almost at the finish line at the Boston Marathon on Monday when he heard an explosion .3 miles away. He didn't stop running. He was about to beat his goal and finish the race in 4 hours and 15 minutes.

He didn't know that two bombs exploded near the finish line at 4 hours and 9 minutes.

When Hamel got home and watched the replay of the explosion, he saw the clock strike 4 hours and 9 minutes. He then realized what had happened.

"I just kind of was like: 'Wow,'" Hamel said. "If I had just maybe trained a little harder or had a little bit of a faster pace - that was when I pieced it together how lucky we were. At first I was upset I didn't finish. I was so close to the finish line ... Once I realized how close and how severe it was, I was just thankful that everybody, my sister and my father and I, were OK."

His father was supposed to meet them at the finish line but decided not to before the race started.

The attack killed at least three people, including an 8-year-old boy, and injured over 170 runners and spectators, according to ABC News. Hamel, a former UB wrestler who graduated in 2011, said Boston is in a state of shock.

Sophomore economics and international trade major David Harary is from Holliston, Mass., just outside of Boston, and is troubled by his vivid and happy memories of going to the marathon every year as a kid. Both can't understand how someone could devastate such an innocent and exciting day, in which thousands of people from around the world attend the race and sporting events.

Krista Konze*, who graduated from UB in 2009 with a business degree, and her fianc?(c) had just sat down for lunch at P.F. Changs after attending the Boston Red Sox game. The restaurant staff immediately told them that the restaurant was in lockdown. Cellphones glued to hands, the restaurant-goers in the P.F. Changs on Boylston Street, a half a mile away from the Boston Marathon finish line, checked the news and social media and learned two bombings had just occurred only a few blocks away.

People who had already finished the race were sitting down to eat, medals in hand, at P.F. Changs.

"It was just scary to be locked down in a restaurant not knowing anything, and then to have to step outside and have the cops yelling at people to move away," Konze said. "I was worried, being in such a big building, what if a bomb goes off in here? We didn't want to stay there. My fianc?(c) was trying to think of ways to get out and get home safely."

"I have very vivid memories, very happy memories, of going to Ashland to sit on the sidelines of runners," Harary said. "Any of the runners that I know, I just imagine those same kids today doing the same thing, having that same support for the adults who run 26 miles, and hours later their legs are blown off. And that's pretty scary to let a child know that the runner that you were just supporting and cheering for, their legs were just blown off. It hits it hard."

Nine children were admitted to Boston's Children's Hospital, according to theWashington Post.

Hamel said one of the most disturbing parts of the attack is that many racers dedicated their run to the 20 children and six adults who were massacred at Sandy Hook Elementary School in Newtown, Conn., in December. Throughout the marathon, there were moments of silence for the victims.

Then, in the same run, adults and their children experienced devastation again.

"It seems like something you hear about that happens far away, like 9/11 - 'Yeah it's close, but it's not that close,'" Hamel said. "Or down in Connecticut - 'Yeah, it's not too far from us, but it's not here.' And then to finally have it happen here, it really, really hit close to home, especially knowing how close we were to it, how lucky we were that we weren't [at the finish line] at that time - such a short amount of time."

Michael Cavoto, a senior psychology major at Boston College, was celebrating Patriot's Day on campus, about 5 miles from the end of the marathon, where the explosions occurred. He and many of his classmates found out about the explosions on Twitter.

"We had several hundred BC students running in the race, so pretty much everyone knew at least one person running," Cavoto said in an email. "I've never seen so many people go from partying and having fun to crying before."

Social media played a crucial role on Monday. Hamel wanted to let his family and friends know immediately that he was OK, but phone lines were turned off in case anyone was using them to detonate bombs, according to Hamel. So he posted a photo on Facebook of him and his sister to tell everyone he was safe. It received 213 likes and 27 comments.

Cavoto said the outrage and terror he experienced in Boston brings him back to Sept. 11, 2001, when he lived in his hometown outside New York City.

Phillip Arena, an assistant professor of political science who specializes in the study of international conflict, said there are two possibilities for the attack: domestic terror, particularly from right-wing supremacist groups, or Al-Qaeda.

No one has claimed responsibility for the act of terror. It's being treated as a "criminal investigation," the head of the Boston section of the FBI told CNN, and "a potential terrorist investigation."

The Boston Marathon was on Patriot's Day, a holiday that's celebrated widely in Massachusetts but not throughout much the rest of the country. It commemorates the Battles of Lexington and Concord at the start of the American Revolution. It's the same holiday Timothy McVeigh chose for the Oklahoma City bombings on April 19, 1995.

Arena said the timing of the attack points it to being domestic. The attack could be right-wing American supremacists who believe the country is drifting too far left under President Barack Obama and are fighting his policies by drawing attention to their views on a day that's affiliated with the use of violence against tyranny, Arena said.

But domestic terror attacks from the right wing aren't generally targeted toward public events; they tend to focus on government facilities, according to Arena. He said the chosen target makes it at least possible the extremists may be Al-Qaeda.

In a statement on Monday evening, Obama said: "Any responsible individuals, any responsible groups will feel the full weight of justice."

"Bush said something fairly similar after the 9/11 attacks that obviously was referring to what later became the War on Terror," Arena said. "But given that we're still involved in that, and we've expanded it to a number of countries, it's not clear what policy change from the status quo would follow from Obama's statements."

Hamel said his Boston family and friends are "glued to their TVs," continually looking for an update on who is behind the attack.

He said knowing who is responsible, if they're brought to justice, would bring him a little peace of mind and closure from an event that could have taken his life. 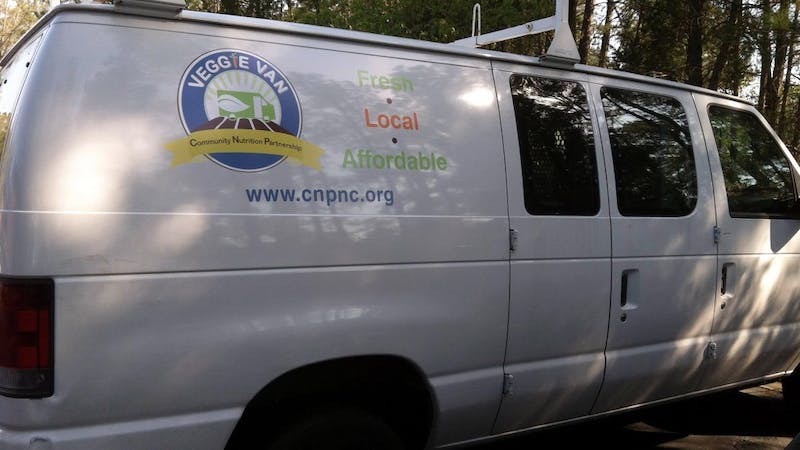 By MAX KALNITZ
847 days ago

By MAX KALNITZ
892 days ago

By HARUKA KOSUGI
906 days ago

By MAX KALNITZ
913 days ago