Catherine P. Cook-Cottone, associate professor of counseling and school and educational psychology in the graduate school of education, is an expert on eating disorders. Eating disorders and self-destructive behaviors have become increasingly prevalent among college students, specifically females, according to Cook-Cottone.

"It is believed that as many as 15 to 30 percent of college females have eating disorders, with up to 50 percent having regular symptoms such as binging, purging, skipping meals, and excessively exercising," Cook-Cottone said. "There are fewer studies on college males, but rates for abnormal eating may be as high as 10 percent."

"With full-scale adoption of high-stakes tests in U.S. schools, worries about college and the future, competition in sports, and an increasingly image- and media-oriented culture, teens feel pressure to succeed on all fronts," Cook-Cottone said.

"A lot of students today don't have much support at home. Families are overworked and are dealing with financial pressures. Many people are primarily concerned with making ends meet," said Arielle Cole, a senior dance major. Rigorous academic course loads prove to put students on edge as well, causing some to carry out self-destructive behavior.

"Losing a few pounds started getting out of control until I became obsessed with what was going into my body, the number on the scale, and how I looked," Zimmerman said.

Individuals suffering from eating disorders experience difficulty not only in how they look, but how they feel.

"The eating disorder affected me in so many ways. Physically, of course, I was nothing but bones and was constantly cold," Zimmerman said. "I would wear a T-shirt, a thin long-sleeved top, a bigger long-sleeved top, a hooded sweater, and a winter coat with gloves on to class because I was so cold. My circulation was bad. I was losing some of my hair, and I was continually exhausted."

"We utilize a comprehensive and multi-disciplinary approach for the treatment of eating disorders," Uschold said. "This includes psychotherapy, psychiatry if necessary, medical management and nutritional counseling. The team meets bi-weekly to coordinate treatment."

Uschold remarks that many of the students in treatment for eating disorders may also have other mental and physical problems that must be addressed as well. The other issues can include depression, anxiety, stress, bipolar disorder, substance abuse, and relationship concerns.

"Maybe college students want to be in control of something. Maybe they are depressed or stressed. Maybe they feel singled out in a group of people," Zimmerman said.

Zimmerman reports that her eating disorder took control of her life and consumed her every thought and move.

"Every day, I was mentally affected because the moment I woke up until the moment I fell asleep revolved around my disorder and food," Zimmerman said. "I was affected emotionally because the disorder made me keep to myself so that I could be in complete control, so I did not do much socially."

Eating disorders, otherwise known as "Ed," can show two different versions of an individual's personality. Victims of eating disorders feel as if "Ed" is a different part of themselves and not who they really are.

"Many students tell me it is as if they have two selves – the high-achieving, happy, and accommodating self and the eating-disordered self. These students work hard to meet high standards, which they often set themselves," Cook-Cottone said.

The constant overload of unrealistic media standards is thought to be the greatest drive for the high prevalence of eating disorders around campus. When image matters, many individuals take drastic measures to meet and exceed what they perceive as realistic expectations.

"Providing an additional layer of stress, media culture is sexualized and consumer-oriented, with less emphasis on community and spiritual connections. Many believe that schools and churches have lost their central role as socializing agents," Cook-Cottone said.

For those individuals struggling and afraid to seek help, don't be. Contact counseling services at 120 Richmond Quad for more information. 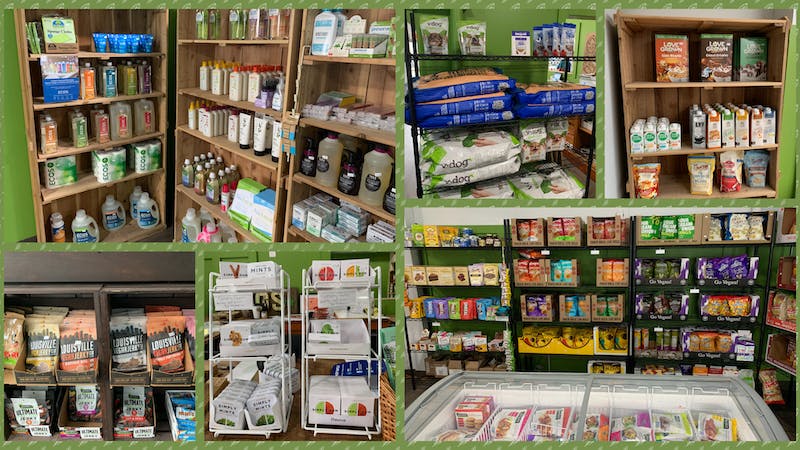 The Vegan Grocery Store: One of only two in New York

By JACK PORCARI
5 days ago

The best cycling trails in Buffalo

By SHIRA JACOBSON
6 days ago

The first time I had sex in public

By VALENTINA
6 days ago

By JUSTIN WEISS
7 days ago