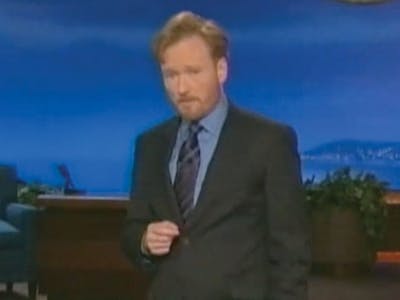 Team Coco is a Go-Go
Channel: TBS Grade: A- Conan O'Brien has had a busy year. Between emceeing Bonnarxoo, recording a live album with Jack White, and growing that monstrous beard, it was easy for some people to forget that Conan, at heart, is a talk show host. After a 10-month absence from television, Conan has returned with his all-new self-titled talk show Conan. In June 2009, O'Brien replaced Jay Leno on NBC's Tonight Show, as Leno moved into the primetime slot.