BBQ in honor of past members brings out over 100 students

BSU hosted its annual Small Keels BBQ outside the Student Union on Sunday, celebrating the conclusion of the academic year and the lives of two former club members.

At least 100 students celebrated the warm weather through music, food and games. The BBQ brings both past members and current members to campus to celebrate the club’s conclusion for the year, as the annual BBQ’s name honored two late BSU members, Damian Small and Trevor Keel, since the mid-1990s.

“This event is really important to BSU not just as an end of the year event but just to commemorate life in general, not to be morbid, but it might be your last [BBQ],” said Ayenoumou Barry, BSU’s president. “This event holds a very special place in our hearts, it’s one of my favorite events with great vibes and a lot of people come out.”

The event’s name honors Small, a Guyanese international student at UB, who died on the day of BSU’s BBQ in 1993. Small died in a car crash on Kensington Avenue which also killed two people in a separate vehicle, basketball star Kevin Roberson and his sister Michelle Dixie, according to The Buffalo News. And Keel, who the event also honors, was shot and killed in Buffalo’s east side in 1993, according to the Democrat & Chronicle.

Past BSU members, such as James Minter and Paul Henderson, told The Spectrum they remember commemorating the two in the ‘90s and are happy that the annual BBQ is still going on. BSU releases balloons in their honor and asks members to remember the lives of those they lost over the past year.

In addition to the memorial, BSU members said the BBQ has been a way to get current and outgoing members together to culminate the year’s achievements.

Daniel Edwards, current BSU vice president, said the event has a “homey,” communal vibe for everyone in attendance.

“It’s definitely one of those events where it’ll allow not only the old e-board to go out in a wholesome way but also allows the new e-board to get used to their positions,” said Edwards, a junior exercise science major.

Lucas Furlow, activities coordinator, said the BBQ has brought out dozens of former BSU members and has worked well with other clubs’ events, like when the BBQ aligned with African Student Association’s 2017 basketball tournament in Clark Hall.

“I love this event and looking back, it’s hard for me to believe the years we’ve been here, the last Small Keels feels like six months ago but I’m glad I get to celebrate my last event [as activities coordinator],” said Furlow, a junior psychology and sociology major.

Benjamin Blanchet is the editorial editor and can be reached at benjamin.blanchet@ubspectrum.com and @BenjaminUBSpec. 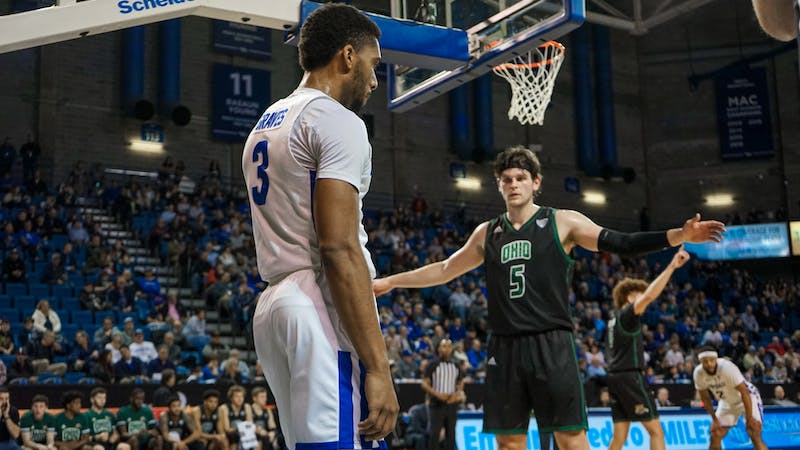