Your seasonal collection of cinematic selections...

Summer blockbuster season is upon us, which means bunches and bunches of punches will be thrown from the silver screen as the action ramps up with the temperature.

With “Baby Driver,” director Edgar Wright looks to be giving us the Guy Ritchie flick that Guy Ritchie is no longer interested in making: a fast-paced, comedic crime film.

The unfortunately named Ansel Elgort (“The Fault in Our Stars”) stars as Baby, a young music enthusiast and getaway driver. When Baby meets Debora, a waitress played by Lily James (“Pride and Prejudice and Zombies”), he sees a way to escape his life of crime. But first, Baby must help Doc -- played by Kevin Spacey (“Seven”) -- pull off one last heist. Because those always go so well.

Wright is one of the most visually entertaining directors working today, wringing every drop of comedic juice out of the aspects of filmmaking that often go ignored in comedies like framing and cuts. He is also one of the few directors who could rightfully claim to have a perfect filmography, having made four masterpieces with “Shaun of the Dead,” “Hot Fuzz,” “The World’s End,” and “Scott Pilgrim vs. the World.”

The only aspect of “Baby Driver” that gives pause is the star. It’s possible that Elgort is a fine actor who has thus far been saddled with lousy roles in young adult novel adaptations, but he certainly did not elevate the material in “Divergent.” His role in “The Fault in Our Stars” did nothing but earn him the distinction of being the only cinematic cancer survivor to not inspire sympathy, but the burning desire to punch him in the face.

“Spider-Man: Homecoming” is the second attempt to reboot the Spider-Man franchise this decade and stars Tom Holland (“Captain America: Civil War”) as the titular web-slinger.

The story should be familiar to anyone even the tiniest bit engaged with pop culture. Peter Parker is a high schooler who finds himself imbued with arachnoid abilities after he is bitten by a radioactive spider. He then uses his powers to fight crime as Spider-Man, but not before learning a tragic lesson about responsibility from his Uncle Ben.

A third cinematic iteration of this story may seem redundant at this point, but there is a reason it has resonated with audiences since Stan Lee and Steve Ditko first told it in the pages of Amazing Fantasy in 1962. “Homecoming” also introduces some fresh concepts such as the integration of Spidey into the Marvel Cinematic Universe. This began with his appearance in “Civil War” and is why Iron Man can now pop up in the film for a good old superhero team up.

The Vulture is also making his big screen debut, played by Michael Keaton (“Batman,” “Beetlejuice”). Keaton will be able to bring the blue-collar, everyman feel to the character that defines much of the Wall-Crawler’s rogue’s gallery and take us away from the tired, tragic scientist trope that has weighed down many of the Web-Head’s past films.

Holland proved he was a capable Spider-Man in his brief appearance in “Civil War,” with many fans citing him as the highlight of an already impressive film. At the age of 20, he is the youngest actor to play the role. Tobey Maguire was never believable as a teenager when he first put on the tights at the age of 27. Andrew Garfield was two years older at 29, though he was always more convincing in the role and deserved better than the mixed reception those “Amazing Spider-Man” films received.

In the early days of World War II, Allied soldiers found themselves surrounded and cut-off by the German army on the beaches of Dunkirk. Over the course of nine days, over 300,000 Allied soldiers were rescued from what seemed like certain death.

Director Christopher Nolan (“The Dark Knight,” “The Prestige”) brings the harrowing tale to life in this epic war drama shot on 65mm film by “Interstellar”-collaborator Hoyte van Hoytema. Nolan will also be joined by his frequent companions Cillian Murphy (“Batman Begins”) and Tom Hardy (“Inception”), along with acting newcomer and former One Direction member, Harry Styles, who can’t seem to stop trying to convince audiences just how grown up he is now.

Not many specifics are known about the film beyond its historical inspiration and the trailers don’t impart much to the audience except a sense of foreboding that the men in Dunkirk surely felt themselves. Common sense and advertising would indicate that it is a straight up war film, but given Nolan’s previous work it is hard not to anticipate some sort of supernatural or pseudo-scientific twist.

“The man in black fled across the desert, and the gunslinger followed.” These words open the first book in Stephen King’s truly epic “Dark Tower” series which is being adapted into a summer blockbuster by Danish filmmaker Nikolaj Arcel.

Idris Elba (“Prometheus,” “Pacific Rim”) stars as the gunslinger, Roland Deschain. The last in a line of warriors, Roland must reach the Dark Tower in order to restore balance to his world which has surprising connections to our own. The Man in Black, played by Matthew McConaughey (“Interstellar,” “Magic Mike”), stands in his way.

King’s books are an interdimensional fantasy epic that is equal parts Spaghetti Western and “Lord of the Rings.” It also serves to intertwine every aspect of King’s bibliography while bringing in such disparate elements as “The Wizard of Oz” and the music of ZZ Top. It would be a lot to ask any one film to embody what King himself refers to as his magnum opus, but based on the trailer it appears as though they are not trying anything nearly as ambitious.

It plays as if someone was handed a list of elements from the book – a cowboy, a sorcerer, a tower – and was asked to make an action film out of it. One can only hope that is just a flaw in the marketing; a way to sell the admittedly unapproachable ideas of the book to a general audience. Other elements of the marketing point towards the sort of fan service that would make King’s constant readers grow a big rubbery one including posters with lines taken directly from the novels and an augmented reality app by the Sombra Corporation.

Elba is an interesting choice for the character of Roland. In the books he described essentially as Clint Eastwood, but Elba is a gifted actor who certainly has the intensity the part requires. McConaughey, on the other hand, feels like the only logical choice for Walter Padick. He is seductive and fierce, but also treacherously charming. He doesn’t need to stab you in the back. He can convince you to do it yourself.

David Tunis-Garcia is the co-senior arts editor and can be reached at david.garcia@ubspectrum.com. 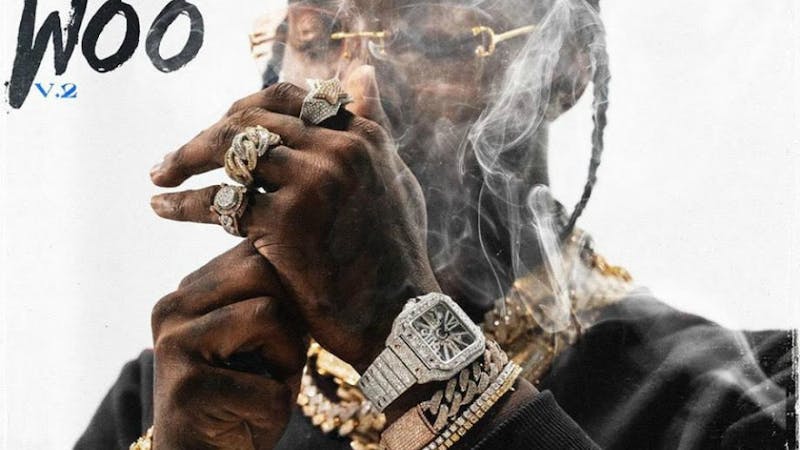 By ALEX WHETHAM
4 days ago

By JUSTIN WOODMANCY
4 days ago

By ANASTASIA WILDS
7 days ago

By ISABELLA FORTUNATO
7 days ago