As the multi-award winning writer behind Transmetropolitan and The Authority, Warren Ellis has become one of the most renowned comic book writers in the last 20 years.

Planetary builds on Ellis' previous works, with nods to both Transmetropolitan and The Authority, but it attempts to do something far grander: to analyze, reflect and explore the fiction, entertainment, story-telling and clandestine history of the 20th century.

But after 27 issues (30, including three crossover issues like Planetary/The Batman: Night on Earth) spanning 10 years (from April 1999 to December 2009), Planetary has revealed itself to be a superior tale than its initial pages might suggest.

The Planetary Omnibus finally packs all of this into an 864-page hardbound volume.

Along with Ellis' plot and John Cassaday's illustrations, Planetary follows an inter-dimensional peacekeeping force of the same name that is funded by the illusive "Fourth Man." It consists of three members: Jakita Wagner, a super strong, nearly invincible heroine, 'The Drummer,' a man who can communicate with machines and other information signals, and Elijah Snow, a 100-year-old man who manipulates temperatures.

Together, they are tasked with tracking superhuman activity and discovering the secret history of the 20th century.

After a standard introductory issue - by comic book standards - the majority of Planetary's issues act as stand-alone stories that follow the cast as they romp through a myriad of genres and themes.

Though the issues seemingly act as separate stories, they carry a cohesive plot with a narrative that starts off slowly but gains momentum and importance as "The Four" - Planetary's villains - become more prominent and the series builds toward its conclusion.

Each issue is accompanied by one of Cassaday's movie-poster styled covers that beautifully encapsulate each issue's premise.

One minute, the characters are discovering a mysterious bunker from World War II that houses a computer, which communicates with other dimensions. The next, they are trekking across an abandoned Japanese island full of resemblances to some of Japan's most iconic movie monsters.

A few issues after that, they are part of a '50s crime noir story, an '80s sci-fi flick and many more.

The story is full of nuance and details, which make the reader pay attention to the elaborate tale as it unfolds while keeping the reader's eyes transfixed on Cassaday's artwork.

Cassaday's art is gorgeous and, at times, draws from the silver age of comics with its dynamic splash pages and action sequences.When combined with the colors by Laura Martin, the artwork complements each issue's aesthetics, Ellis' writing and the series as a whole. Between the sci-fi, historical and mythological elements of the series, Cassaday makes the reader wonder if there isn't anything he can't draw.

The aesthetics combined with Ellis' writing cause the reader to become immediately invested in the brilliance that is Planetary, which can finally be found in one volume.

It's not just a phenomenal book - it's a lethal weapon. 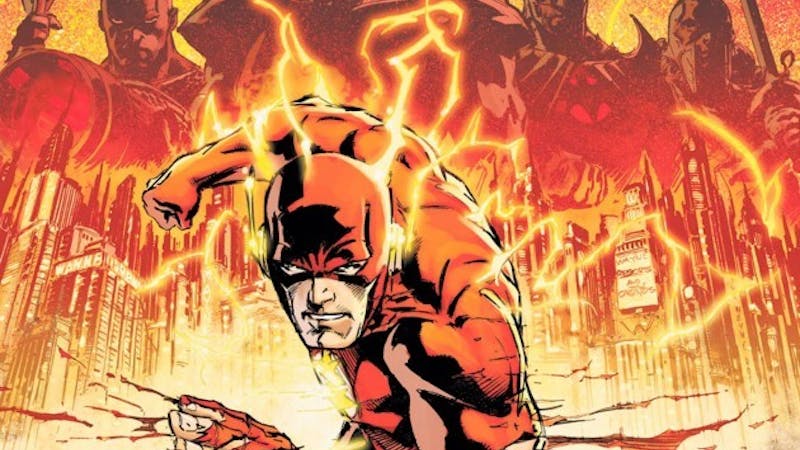