With commencement a few weeks away and spring semester coming to a climatic close, summertime has once again crept its way back into Buffalo. Somewhere between killer pool parties, lounging around the progenitor's place, and that part-time resume builder, here's a list of nine graphic novels best taken out from under the bed, or the local library, and prepare you for a lifelong love of the medium.

Comic crossover events are a Kryptonian quarter a dozen these days and more often than not, when the dust settles there's little carried over into the overarching realm. DC's 2011 literary titan, Flashpoint, changed everything. Taking on a Flash thrown out of time and space, it's up to Barry Allen to figure out exactly how the bizarro world of Thomas Wayne, Supe's doppelganger "Subject 1," and the Atlantean-Amazonian warfront got so bad. An essential read for those looking to understand exactly why The New 52 means so much to the industry.

One of many literary masterworks from comic craftsman Mark Millar, Red Son explores the ultimate alternate universe in DC and poses readers a nail-biting, culturally defining question: "What if Superman didn't land in America?" Millar's exploration of the Russian superhuman takes characters that once stood beside the man of steel and placed them on opposite ends of the Cold War, adding a new dimension to the historical arms race. Plus, with a twist better than most M. Night Shyamalan movies, Millar brought the world a story 20 years in the making.

Thought Heath Ledger brought the Clown Prince of Crime to life on the big screen? One of the many sources the postmortem savant read while preparing for his part was Alan Moore's iconic take on the absolute insane psyche of the Dark Knight's number-one nemesis, The Killing Joke. But, before readers get swept away by one of Moore's most quintessential Batman books, know that this graphic novel isn't exactly the literary equivalent of the cartoon show - it's a gritty, white-knuckled foray into Gotham's underbelly and the two men who shaped the mad metropolis. Playing with the duality of the two iconic figures, Moore explores a concept that beats at the core of the franchise, placing this book into the must-read of any wannabe comic connoisseur.

The Death of Captain America

There's a saying in comics, "heroes never stay dead," and no better example of this truism exists than Ed Brubaker's seminal Captain America novel, The Death of Captain America. Though the star-spangled hero would eventually be brought back into the crime-fighting limelight a mere year later, Brubaker had the whole world stop for the death of an icon. If nothing else, the series proves that, even though comics' readership has dropped over the past 20 years, there are events that rally the world into reliving the nostalgic experiences with one of the industry's most revered heroes.

Before audiences get a look at the wall-crawlers old flame in theaters this summer, there's one book that had more defining moments for Peter Parker than any other, Spider-Man: The Night Gwen Stacy Died. Imagine a Peter Parker who's left to deal with his best friend recovering from a near drug overdose, a financially crippled Aunt May, and a girlfriend, loved by all, killed atop the George Washington Bridge - or Brooklyn Bridge for those savvy city-dwellers.Though written in 1973 by Gerry Conway, the story-arc has stood the test of page-yellowing time and remains one of the most heart-felt narratives of all-time, leaving readers with one final question: did Peter Parker accidentally kill the woman he so loved?

Origin: The True Story of Wolverine

Most long time readers couldn't count the amount of times they've read a specific super hero origin story on two hands, but when the 2001 narrative of Logan's life hit shelves the comic community couldn't help but take notice. As writers Bill Jemas, Paul Jenkins, and Joe Quesada explain, the man known as Logan has always been abused, and while he once lived in the lap of Canadian luxury, he's always forcefully lost something he's loved. Origin may not be relevant to Marvel's summer comic-crossover event, Avengers vs. X-Men, but it sets the stage for the incredibly complex character that Wolverine becomes and explains, if albeit briefly, why Logan's ice-cold exterior rivals that of Bobby Drake's when he gets close to someone. For its character development on the iconic mutant who's completely over the hill, for X-Men fans Origin is one of many in a long line of must read issues.

Comic derived movies, much like the graphic novel medium itself, are often hit or miss...and as far as the former is concerned, they typically tend to miss. Wanted was one such derivation that got the silver screen treatment only to be sterilized and bastardized for the general public. Following Wesley Gibson as he aspires to fulfill his father's legacy in the secret society of super-villains, Gibson learns that this world has mistreated him from birth, and, more importantly, that the world is self-oppressed by its own black and white morality, stripping many of the opportunity to actually create real change. Serving as both a social commentary and frenetic, white-water rapid ride through Gibson's journey from zero to hero, Mark Millar takes readers down the rabbit hole and on the other side shows them the pigeon-hole of a home we've made for ourselves.

Writer Mark Waid has always stunned audiences with his almost unrivaled talent to tell stories like the six-time nominated Eisner-Award contender Daredevil andthe quintessential classic Kingdom Come. So when Waid began work on Irredeemable back in 2009, the community knew it had to be good. Waid wrote a story about a hero, not different from the DC's American icon, pushed to the edge of insanity by a world he could never please, and in the end driving him to be the most atrocious human rights violator the world has ever seen. The emotional magnitude of the story is its unabashed hook, which places readers in the front seat as the world they once knew collapses in the fires of the superhuman's rage. For its exceptional story and artwork to match, Irredeemable has brought comics into an area where moral ambiguity and notions of duty collide, and for that, readers should get in some quality time with Waid's emotionally devoid delinquent.

This list is comprised of some of the most famous authors of all-time - writers like Alan Moore, Ed Brubaker, and Geoff Johns, all who've shaped the industry for the past 10-20 years. Writer Brian K. Vaughn may not be credited with changing the ink-laden landscape forever, but the man's paramount project, Y: The Last Man, proved that some of the best writing in comics is just now coming down the pipeline. Spanning 10 paperback volumes, the series will test both reader's mental faculties and story-telling prowess as what he leaves out from his writing becomes more important than what he's printed on the page. Y: The Last Man is last on this list not because it should be discounted or of the least value, but because in comics we always save the best for last.

What you just read was the 50th incarnation of a comic column I started two years ago. I dedicated hundreds of hours of my life to this pet project and between all of the positive feedback, the fans I've met, and everything I've gotten to take away from the medium, it's been the one of the most important and fulfilling parts of my life. This note is the better half of my sendoff, the rest coming in a column next week, but I wanted this last paragraph of A Week in Ink for you, to tell you how very thankful I am you've all been reading - yes, even if this is the first one you've read! As I prepare for the cold, cruel outside world I can't help but think of how it all started with that first panel. It's time for everyone reading this to begin his or her own journey as the summer months approach us, to start down a new path or even find a fervent start to a beaten path and figure out a passion in your own life. Thank you again to both my readers and peers for helping me find my passion and voice over the last few years and while I leave now for what I hope to be bigger and better things, I'm going out with the overly simplistic phrase that Max Ehrmann etched in my memory almost 10 years ago, "With all its shams, drudgery, and broken dreams, it is still a beautiful world. Be cheerful. Strive to be happy." 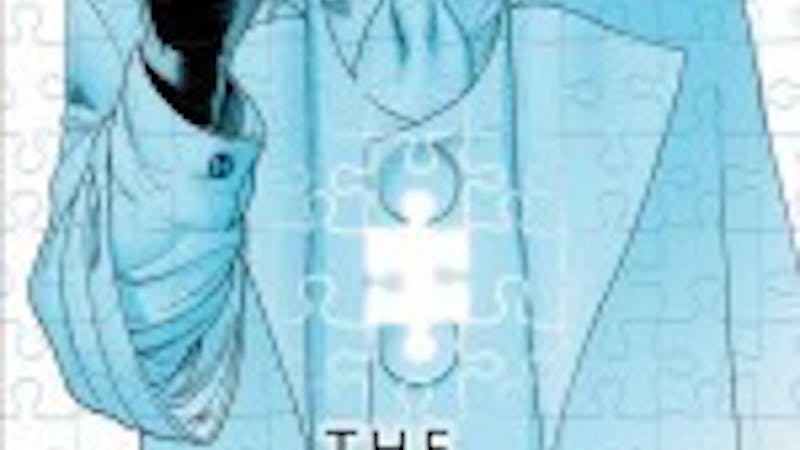