On Sept. 27, 2008, two Sunni Arab police officers arrested three Iraqi secret service members because they failed to show verifiable documents confirming their identification. When Riya Qahtan, a Kurdish politician, went to the police station to negotiate their release, cultural tensions came to a head and Qahtan was shot to death.

Now, nearly two years later, and two years wiser, we are seeing some milder side effects of cultural tensions manifesting themselves in a nationwide anxiety over personal identification.

The infamous Arizona law and the Northern Border Patrol, who "randomly" accost people as far as 100 miles south of the Canadian border, are only a couple of examples of the mounting paranoia.

Somehow, the long arm of this national issue still managed to reach UB.

Each passenger on the UB Stampede shuttle must now carry and be prepared to present their UB ID or equivalent verification of UB membership. Persons unable to produce such documents will not be able to ride the campus shuttle.

Whether it's the staff worker who feels safer now that the bus is regulated, or the over-worked college student who forgot their UB card, rules which pull the emergency brake on someone's busy day will undoubtedly be met with mixed murmurs of approval and dissent.

At a university of such diversity and grandeur, and with UB's sizeable percentage of non-American citizen students and staff, it seems that an ID requirement could very well aggravate an already sensitive subject.

Seniors will be hard pressed to remember a similar rule, looking back on four years of riding the Stampede. They can ask each other, in the clarity of hindsight, "What's changed?"

Keeping UB campuses safe is an understandable goal and UB should actively prevent crime from the environing cities and towns from making its way onto campus.

But since when was riding the bus an accessory to campus crime? And why did the university wait until now to remedy the problem? Are we just following a trend that exists under the pretext of national security and, dare I say, 9-11?

Most of those washed-up and weary riders that you took for destitute Buffalo riff-raff were probably just college students, strung-out from a long week.

It can be predicted that this new policy will not only inconvenience UB students who are trying to get to class on time, but may even result in absence because the person in question left his ID at the dorms or in his off-campus apartment.

Now, it seems, professors should add that class preparation and participation includes bringing your UB Card to campus, because not doing so will directly affect inter- and intra-campus mobility, and ultimately, attendance.

UB's overall academic integrity relies on its ability to bring students to class. It seems bold to risk grades by banking on the hope that students won't ever forget their UB identification.

It's difficult to bring up the word "fascism" without turning angry heads against or with you. However, the requirement to carry identification at all times, in order to function without intrusive pause, seems like it flirts heavily with that sensitive "f" word.

The demonizing of unverifiable passersby only adds to mistrust and anxiety. So when can we walk around without needing our person number in our pocket? Is our word not good enough?

It used to be.

Honor systems appear to be on the way out. Though we can't blame the university for wanting additional campus safety measures, heated debaters must reconcile a method to guarantee safety that also mollifies social tensions. 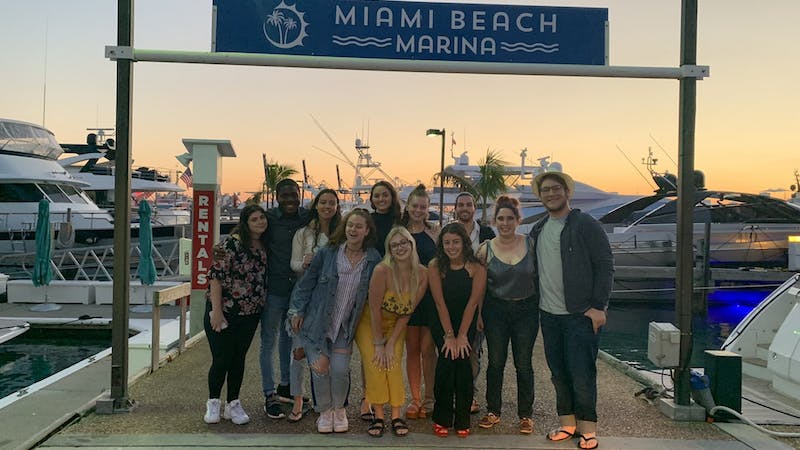 ‘We want to be for everyone:’ Hillel embraces Jews of all backgrounds

By JUSTIN WEISS
49 days ago

By VINDHYA BURUGUPALLI
133 days ago