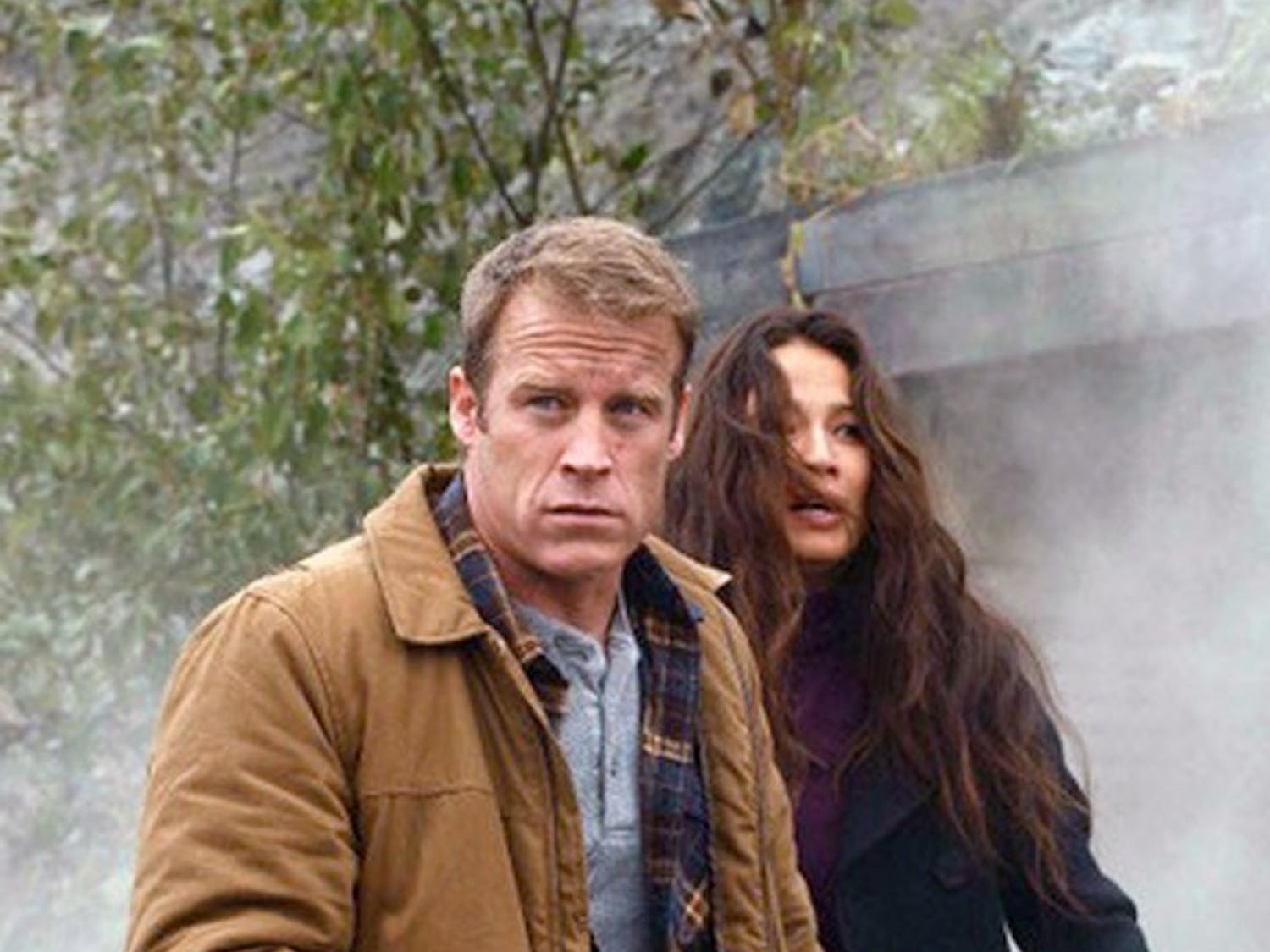 Mark Valley is the Human Target

Mark Valley explodes into action as Christopher Chance, the unique private contractor, bodyguard and security expert hired to protect his clients in Human Target. Fox's Human Target is loosely based on the graphic novel of the same name. Becoming the latest comic hero turned live action drama, Valley was presented with a new and challenging problem. "It sort of had a comic book feel, so there was a challenge of trying to find a way to bring a real person into this. It wasn't written in any sort of hyper reality," said Valley. With this new challenge at hand, Valley has been able to draw upon his skills and utilize his former military training, especially when it comes to working in a team under strenuous circumstances. "I've become much more comfortable with some of the action and fighting scenes and the way Chance's relationship with the other characters is starting to become a little bit more clear," Valle said. "His relationship with Jackie [Earle Haley] and with Chi [McBride] is becoming a little bit more clear." Despite being the first person cast and not completely knowing what he was getting into, Valley is finding it to be a great learning experience and creating chemistry with his coworkers. "We are getting ready to set up a shot and we were sitting in the back, all sitting in our chairs, and the three of us started talking as actors do, and just realized, my God, we all come from completely different places in terms of parts of the country and experience in the industry and so forth, and the three of us just kind of clicked," Valley said. While not all TV shows are able to provide a good display of on-screen chemistry, Valley believes that the relationship between McBride, Haley and himself is visible to the viewer. Valley believes it is not just the actors, but the entire staff who work well together. "I didn't have a clear vision of how it would be … I went into it with an open mind thinking this is going to be exciting as to how it's going to come together … it is sort of a collaboration in some ways where everybody's influence is, kind of, if not heard, then it's felt and it's reacted to and the end product is something that everybody feels a part of," Valley said. For Valley, the role of Chance wasn't completely clear right from the get-go. It wasn't until he dove into it and started getting some hands-on work that his understanding of Chance came to a head. "I think when it really clicked for me was probably the episode ‘Rewind,' where we didn't have a lot of big pieces going on. It all took place in an airplane and you got an idea of, okay, very simply, this is something that has to get done in this plane," Valley said. For longstanding fans of the show, Valley promises that the final episode of the season will provide a treat to viewers. "Baptiste comes back. Amy Acker shows up and plays this one character who is very pivotal in Chance's past … She was sort of the catalyst for his ultimate change into becoming Christopher Chance. Lee Majors is in that episode. Armand Assante plays Chance's old boss. There's a couple major confrontations there. I think what's fun is [that] Jackie Haley and I have our first fight. Even though it takes place in the past, … you can see the roots of their relationship and why they have such a trusting bond as well," Valley said. Mark Valley has completed his transformation into the one and only Christopher Chance, so make sure to tune in and watch him kick some serious butt. Human Target airs Wednesdays at 8pm on FOX. E-mail: arts@ubspectrum.com