Over the last two seasons, Buffalo’s Jaret Patterson has become one of the most exciting players in the Mid-American Conference. On Thursday, the UB running back was rewarded for his efforts by being named to the Walter Camp Football Foundation Preseason All-American Team.

Patterson was the first freshman in UB history to rush for 1,000 yards, while being named MAC Freshman of the Year and All-MAC Second Team.

Carrying the momentum he gained during his freshman season, Patterson absolutely dominated during his sophomore year. In the 2019-20 season, he ran for a MAC-leading and school record 1,799 rushing yards. He finished fifth in the nation in rushing yards and had eight 100-yard rushing games last season. Patterson also ran for a school record 19 rushing touchdowns and was named All-MAC First Team.

Patterson’s 33 career rushing touchdowns tie him with Branden Oliver for second in school history, one shy of James Starks’ 34.

Patterson’s selection to the Preseason All-American Team is a prestigious honor that places him in the same category as the college football elite. He looks to build upon his first two seasons and have another record breaking season in his junior year.

Anthony DeCicco is the Senior Sports Editor and can be reached at anthony.decicco@ubspectrum.com and on Twitter @DeCicco42. 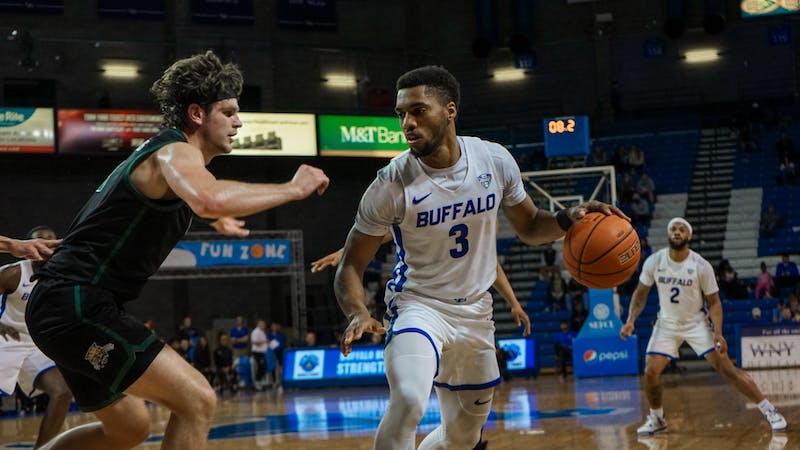 By ALEX LENNEBERG
21 days ago

By Anthony Decicco
34 days ago

By JUSTIN WEISS
58 days ago

By ALEX LENNEBERG
61 days ago