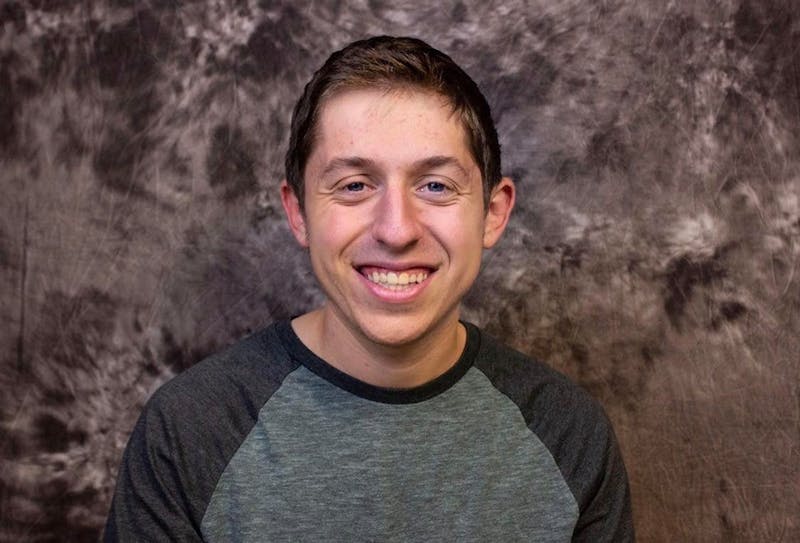 Last weekend, the NFL Draft gave us a much-needed break from COVID-19.

But after tasting live sports for the first time in over a month, our palate is even stronger for something — anything — to come out of the sports world.

I don’t profess to know what comes next, but I do have the advantage of being around — metaphorically now — UB Athletics as a sports editor for The Spectrum.

Here’s a brief look at the state of UB Athletics, and answers to some of your questions:

Q: Would transferring to a bigger program help UB football players get drafted?

I think the conventional wisdom is that NFL teams will take the best players, no matter the conference. And you can definitely make that argument with the MAC. At the start of the 2019 season, the MAC had 70 players on NFL rosters. This includes five 2019 Pro Bowlers, from UB’s Khalil Mack to Miami (OH)’s Brandon Brooks.

But it’s also head-scratching when you think about some of the former UB players who didn’t hear their names called in previous drafts.

Quarterback Tyree Jackson had measurables that made scouts drool: a 6’7”, 249 lb. frame, a 4.59s 40-yard dash time and the largest hand size and arm length in his class. Sure, you can argue (as many have) that he is an incomplete prospect. But it’s tough to say that he wouldn’t have been selected by the end of the 2019 draft if he played for a Power 5 school.

When K.J. Osborn was selected in the fifth round, 176th overall by the Vikings, I was immensely surprised. It’s not that he wasn’t an impact player — during his time at UB, he was terrific in the slot and as a returner. But at UB, he was Jackson’s second option, after Anthony Johnson, who spent the season on the Chargers practice squad after going undrafted.

Johnson had a record-setting career at UB and excellent size, 6’2”, 209 lbs. I wonder if he would have been drafted had he transferred to Miami (FL), like Osborn did.

There have been others, too: Khalil Hodge, who had more tackles than any other player in college football over a three-year period, went undrafted and unsigned.

This is all purely anecdotal, but it does raise some questions. I’m not alleging discrimination here, but UB has been shut out of the past three drafts despite boasting some pretty decent talent.

A few weeks ago, I spoke with UB Athletic Director Mark Alnutt about how the coronavirus has forced the athletic department to “adapt to a new economic reality.”

Alnutt made a number of interesting points, especially about the NCAA’s revenue sharing program, which was slated to provide member-schools with about 35% of its expected $600 million.

Alnutt said the coronavirus won’t have too much of a negative impact on the 2019-20 budget, but that they’re trying to “forecast what 2021 looks like.”

So much of what 2021 looks like has to do with football, which accounts for a significant chunk of the school’s athletics revenue.

If the 2020-21 college football season goes on as scheduled, UB Athletics should be fine, although there might still be some complications. But if the season doesn’t take place as scheduled — resulting in massive losses in television and attendance revenue — Athletics will likely be in a tough spot.

Lost in the debate about paying college athletes is the simple truth that athletic departments of UB’s size don’t bring in a lot of money. In fact, as we reported in February, UB Athletics earned just $44,899 on a nearly $46 million budget.

UB Athletics is already operating on razor-thin profit margins, so the cancellation of the football season would be potentially catastrophic for the department. The program is already bracing for cuts to other traditional revenue streams, like direct government support and student fees.

In early April, Alnutt said the department isn’t anticipating having to cut the amount of grant aid or student scholarships.

But, he said, “I think every discussion right now is on the table.”

One can only hope that this won’t force the program’s hand in non-revenue sports, like wrestling and women’s soccer. But as MAC rival Old Dominion showed in cutting its wrestling team last month, the situation is going to force schools to make tough decisions.

Q: What do you make of the NCAA’s penalties?

The assistant coach, who was later confirmed as Hunter Jenkins, was tasked with being the “point person” for Texas Tech transfer Josh Mballa. Jenkins allegedly forged a written statement and created a fabricated email account, according to the 10-page NCAA report.

Jenkins received a penalty, and so did UB Athletics: one year of probation, a $5,000 fine, a two-week ban on all recruiting and a reduction of five recruiting days during the 2020-21 recruiting year.

This sounds like a rather steep penalty, but it is actually considered a “level II mitigated infraction,” which is the least severe of the two violations resolved by the NCAA Committee on Infractions.

In the report, the committee commended the athletics department for its quick response to the incident. UB self-reported the violation on Oct. 2, and does not have a “lack of institutional control or failure to monitor,” the committee concluded.

All in all, the penalties shouldn’t be too damaging for the men’s team, because they were so upfront about it to the NCAA. Probation might sound bad, but that just means they have to prove they are complying with the NCAA’s rules.

The most damaging part of the penalty comes from this tidbit: The institution must “inform prospects in all affected sports programs in writing that the institution is on probation for one year and detail the violations committed.”

That’s not the end of the world, but it might give recruits pause when they consider that UB is under probation.

Q: What are the big storylines heading into the 2020 season?

The elephant in the room right now is the upcoming college football season.

Offseason workouts will be something to keep an eye on. College teams go through tremendous turnover, cycling through incoming freshmen, outgoing seniors and transfer students. Teams need to train together and gain some sort of cohesion.

From a UB standpoint, it will be interesting to see how the men’s and women’s basketball teams respond after a disappointing — albeit expected — season. The bar has been set so high in Buffalo these past few years that anything short of a MAC championship feels unseemly.

And speaking of football, there is an intriguing position battle to follow over there: quarterbacks Matt Myers and Kyle Vantrease will be competing for the starting nod.

Justin Weiss is the senior sports editor and can be reached at justin.weiss@ubspectrum.com and on Twitter @jwmlb1.

Justin Weiss is the senior sports editor for The Spectrum. In his free time, he can be found hiking, playing baseball or doing both at the same time. His words have appeared in Elite Sports New York and the Long Island Herald.

By JUSTIN WEISS
17 days ago

By ALEX LENNEBERG
20 days ago

By Anthony Decicco
21 days ago

By JUSTIN WEISS
23 days ago