For sports fans all over the world, what’s left? 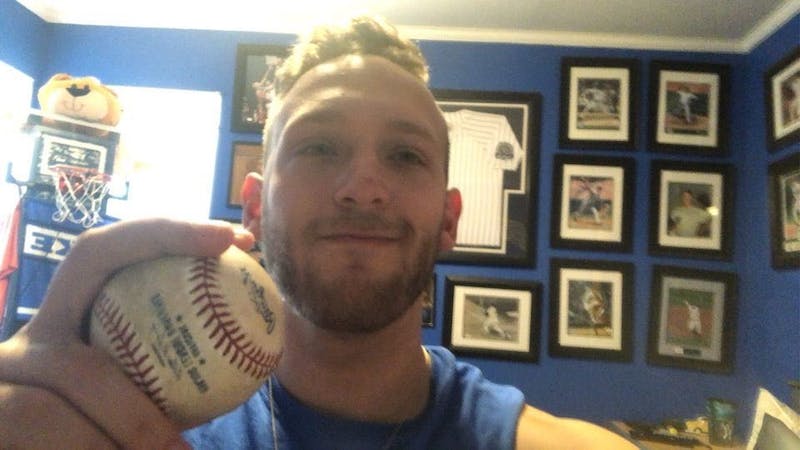 Sports have only been suspended for two weeks, but it already feels like a year.

This last week was one of the worst of my life. There are obviously people who are in a worse situation than me –– people who have been infected, doctors treating coronavirus patients, those who are quarantined and scared for their lives –– and I’m not trying to make light of that. But for many sports fans and athletes alike, seeing every single sport get suspended or having their seasons canceled dug that knife just a little deeper into our backs, and no one knows when it will get pulled out.

My life revolves around sports, so it’s becoming more and more difficult to find things to keep myself occupied.

The only TV I watch is sports, the only conversations I have with my dad and my brother are sports (to my mom’s disdain), the only Twitter accounts I follow are sports-related, the only pictures I have in my room are sports memorabilia and I want to pursue a career in sports journalism, so without sports I’m lost.

MLB opening day was supposed to be yesterday, March 26. Waking up to that reality put me in a world of pain. To people like me, opening day is a national holiday. It signifies the start of a beautiful 162-game grind that lasts until early November, but this year is different. This year, the MLB plans on starting in mid-May at the earliest, so it’s likely we won’t see baseball again until June. These delays will lead to a shortened season, meaning even less baseball.

Just writing that left a tear in my eye.

The cancellation that hit hardest was the NBA season being suspended. We were right in the prime stretch of the season with the playoffs just around the corner. The MVP race was finally interesting with LeBron James coming close to catching Giannis Antetokounmpo. Both conferences had teams fighting for playoff spots.

And the fact that the season won’t start again until what some expect to be June is really messing with me. NBA 2K20 can take my mind off of it, but there’s only so many games I can play before reality sets in that there won’t be real basketball for a while.

This is March, but we have a different kind of madness this year. Instead of enjoying the most exciting few weeks of the year with the craziest tournament in sports, we’re watching videos of people hoarding hundreds of rolls of toilet paper. We missed out on Selection Sunday, the best four-day span of the year with non-stop basketball. March Madness is a staple in the sports world and without it, nothing seems real anymore.

The only thing keeping me sane is the NFL offseason and free agency. If we didn’t get news of the recent trades, signings and Tom Brady leaving New England, I might not have the mental strength to even write this.

And the worst part is that no one really knows when sports are coming back.

People have their predictions that sports will be back in less than two months, but does anyone really know how long we’ll be without live sports? I don’t even want to freak myself out so I’ve repressed the potential of being without sports through the summer or even longer. I couldn’t imagine living in a world like that.

There is one part of this whole chaos that’s keeping me optimistic: the possibility that by this summer, all the sports start up again. We would have the NBA and NHL playoffs going on while the MLB season is underway. Then NFL training camp begins and we get the greatest two-month span in sports history.

That would be a dream.

These next few weeks (hopefully not months) won’t be easy. We’re going to have to get used to watching reruns of old games and acting like everything’s ok.

Here’s to hoping things get better.