It’s OK to be comfortable with your sexuality 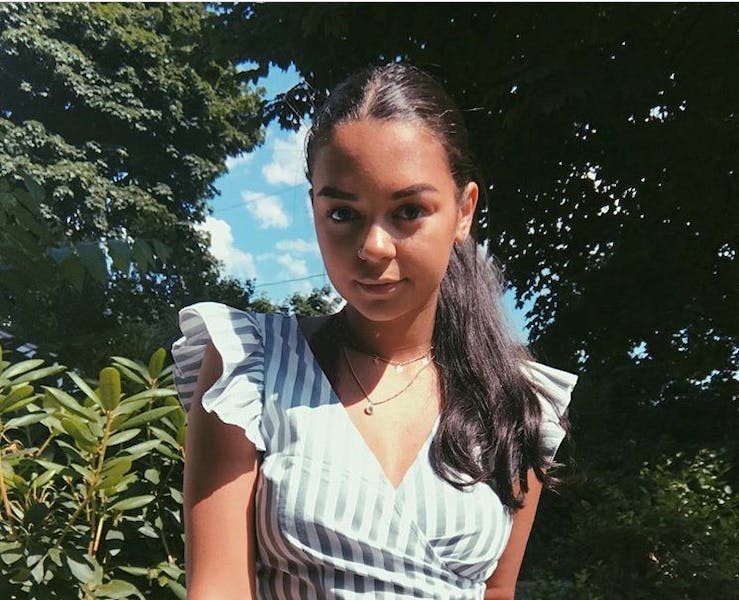 I am a hopeless romantic.

And I’ve never had a difficult time finding a boyfriend.

As a conventionally attractive woman, I know that I draw stares. I notice when men glance at me 11 times in Bert’s and I count each time they offer me drinks at parties or joke that I’m not finishing them fast enough.

I have never had reason to chase after boys, they have always approached me. And I have been very careful to keep track of every encounter. My friends call them “charts” —  detailed lists of who has shown interest in me. Their qualities, the vibes they radiated, whether or not I was attracted to them. These charts are usually accompanied by a journal entry where I expel all of my feelings on the matter. Think of them as unofficial boyfriend applications.

I am not lost on the idea that my plights in this instance are ones that others might consider a privilege. I know that it is not the worst thing in the world to be considered a “pretty girl.” But with great looks comes great responsibilities, dates, relationships and sex.

And sex was never a taboo subject in my life.

I lost my virginity at 14 and started taking birth control at 15 with regular STD testing. Although it wasn’t always an open discussion in my house, I never felt uncomfortable going to my mother with questions about experiences I was having.

And I’ve had lots of experiences.

Did that change your opinion of me?

There is a double standard between men and women in the perceptions of how often they have sex, their amount of sexual partners and their openness when talking about their experiences. Whether we’d like to admit it or not, people cringe with shame at the idea that I, as a woman, have had 25 sexual partners, where if a man were to tell you the same, he’d be praised.

I am not ashamed to talk about the good, the bad and the dirty when it comes to my sexual experiences. My friends know all the details of every hookup I’ve had when I come bursting into the room the next day to laugh at and discuss the “mistakes” I made the night before.

I trust my circle’s opinions and don’t get offended when they tell me, “I’m going to lock you in a box so you stop dating all these frat boys!”

But what can I say? I have a type.

When potential sexual partners ask questions about my history, I am always honest. It probably stems from an almost unhealthy amount of self-confidence and an aggressively flirty personality, but I also feel that the more open and honest you are about your history –– number of partners, last STD testing and what you're looking to gain out of an experience: a one-night-stand, casual hookups or a relationship –– the less likely you are to get hurt.

I’ve had rejection thrown in my face by men who just want to hook up with me when I say ‘No, I’m looking for a boyfriend.’ And that’s okay, too. I’d rather be let down upfront than get attached to someone who doesn’t share my intentions.

What’s not okay is when people reject me because of my body count or because I was upfront about my intentions.

It is OK to want casual sex. We should not shame people who aren’t ready for commitment, because they have sexual needs, too. And it is OK to want a committed partner as well.

I’ve heard time and time again, “You should wait for the right guy to come and find you.” But I am not a princess waiting in a castle for my prince charming to come rescue me, I am a grown woman and I am very capable of going out and finding him myself. I just might have to kiss a few frogs first.

But for now, I’m busy sorting through all these boyfriend applications.

Reilly Mullen is the assistant news editor and can be reached at reilly.mullen@ubspectrum.com and on Twitter @ReillyMMullen

Reilly Mullen is the news editor for The Spectrum. She double majors in English and political science. She enjoys arguing with frat boys and buying cool shoes.