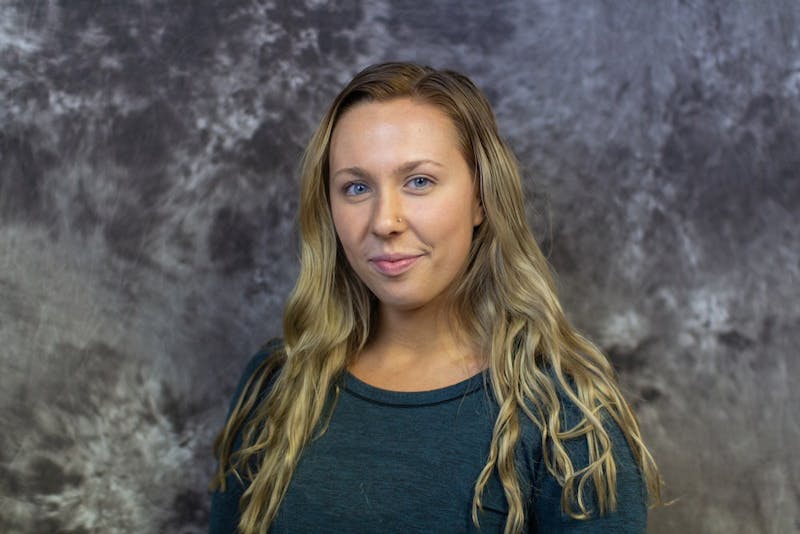 I’ve never been a smoker.

But I started Juuling this summer after my friend left his Juul in my car.

As a first-time smoker, I enjoyed it, it hit easy and didn’t even leave me smelling like an ashtray. I found a new drinking companion.

Until I went into work one morning, after vaping all night and had an hour-long cough attack. I went to immediate care the same day and found out I had bronchitis, most likely from the Juul. I was prescribed antibiotics and an inhaler.

I immediately knew I had to stop my terribly fun habit.

Now, legislators across the country are trying to ban flavored e-cigarettes.

And at first, I was in full support of the proposed bans. Mostly because I was stubborn and wanted to blame the Juul for my bronchitis.

I now know, after smoking the Juul daily for two weeks this summer –– and never having smoked a day in my life before –– Juuling isn’t in my best interest.

But while this was a dangerous habit for me, for many people, Juuling can be a safer alternative to a deadly addiction.

I don’t support the ban on e-cigarettes. And this is coming from a girl who got bronchitis directly from using the Juul.

Six people have died in the U.S. from vaping-related respiratory illnesses since vaping became popular in 2017.

So, 138 years have passed with us knowing the yearly death toll and effects of cigarette smoking, both firsthand and secondhand. But as soon as the death toll from e-cigarettes reached an alarming six people, officials began the discussion to ban them.

But e-cigarettes are a safer alternative to cigarettes for the many people addicted to nicotine.

I propose to ban cigarettes instead and raise the age to buy e-cigarettes.

We already know the harm cigarettes do, and vaping has been proven less dangerous, so why ban one and not the other?

And if we’re banning anything, why not the worse of the two?

Many younger vape users claim to use the products for “the flavor,” so officials say removing flavors will remove the problem.

I don’t think this will change a thing.

Teens vape because everyone’s doing it. So while the flavor may be an added bonus, removing the flavor won’t remove the problem.

I agreed with the ban at first, because I wanted to blame the Juul for my bronchitis. But I know it was my lack of experience with smoking in general that caused the bronchitis, not the device I smoked out of.

I know I probably wasn’t vaping correctly, and jumped into it too quickly, like most of the 25.7% of high schoolers who admit to vaping.

Even though the Juul gave me bronchitis, I don’t blame the Juul, I blame myself.

But do I think this is a safer alternative to cigarettes? Absolutely.

And this option shouldn’t be taken away from the people who want a safer alternative to smoking cigarettes and for those who are desperately trying to quit.

Take e-cigarettes out of the hands of minors, but don’t ban vapes and their flavors for the largely legal-aged community who knows how to use them.

Brittany Gorny is the senior news editor and can be reached at brittany.gorny@ubspectrum.com and on Twitter @BrittanyUBSpec.