President Trump’s ‘national emergency’ is no emergency; it’s a mess 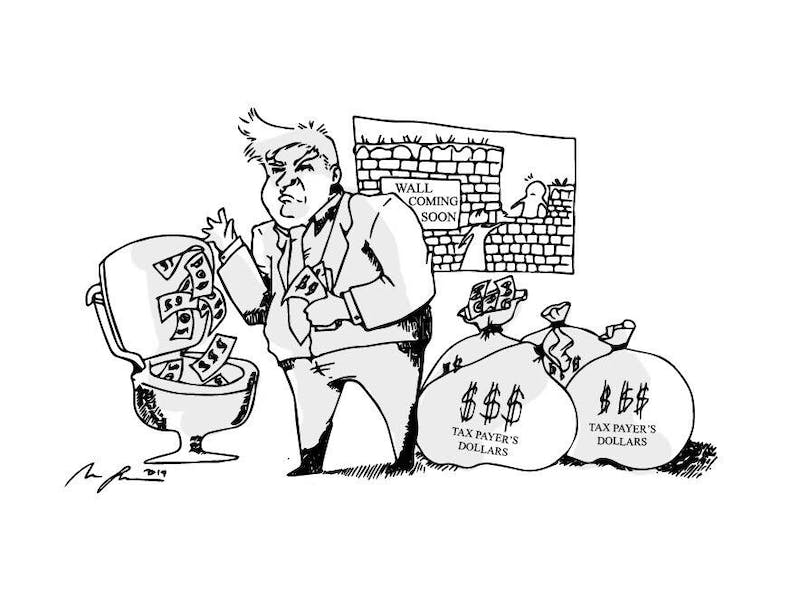 On Friday, President Donald Trump announced a “national emergency” at the border.

He said immigrants were coming to the U.S. more “than probably we’ve ever had before.” He said most drugs don’t come in from “ports of entry.” He also said immigrants invade the U.S. with crimes.

We know these are misrealities or flat-out lies.

And we also know what an emergency is and this ain’t it, chief.

We’ve seen previous presidents declare national emergencies. These happened during 9/11, the Great Depression and even the postal worker strike of 1970.

These situations affect American life as we know it.

But this national emergency is different, and it has drastic effects on military families and U.S. territories.

The emergency will take away $3.6 billion from military construction projects, according to White House officials. Some of these projects could include a $62 million middle school in Kentucky (Senate Majority Leader Mitch McConnell’s home state) and military family housing in places like Guam and Puerto Rico.

We’re appalled that President Trump’s emergency will take away from $2.5 billion in counternarcotics programs. This decision could impact the opioid crisis even as opioid-addicted patients decrease nationwide.

President Trump now has roughly $8 billion for a border wall that we thought Mexico was going to pay for.

Turns out, the very people who fight to keep this country safe –– from diseases like addiction or by fighting overseas –– are the ones who will pay.

This makes us collectively disappointed in the president.

And it didn’t need to happen.

President Trump said it himself.

“I didn’t need to do this, but I’d rather do it much faster,” the president said. “I just want to get it done faster, that’s all.”

We see President Trump’s response to border security as dangerous. If there was actually a situation where illegal immigrants killed Americans on the southwest border every day, we’d understand. But that’s not the case.

Now, if this emergency is funded and gets upheld in court, President Trump could set a precedent that we don’t want to see.

This could set the stage for future presidents, including a Democrat who wants to hopscotch over funding decisions made by a majority Republican Congress.

It can be a “national emergency” for our republic as we know it.

We want Trump to uphold the values of democracy and listen to our Congress. We don’t want him to pander to xenophobes or do his best to whip up pitches for a “beautiful” wall like a snake oil salesman.

We don’t see where the emergency is with Mexican immigration, and a wall isn’t going to help our line of sight.

The editorial board can be reached at opinion@ubspectrum.com.