A love letter to her fans 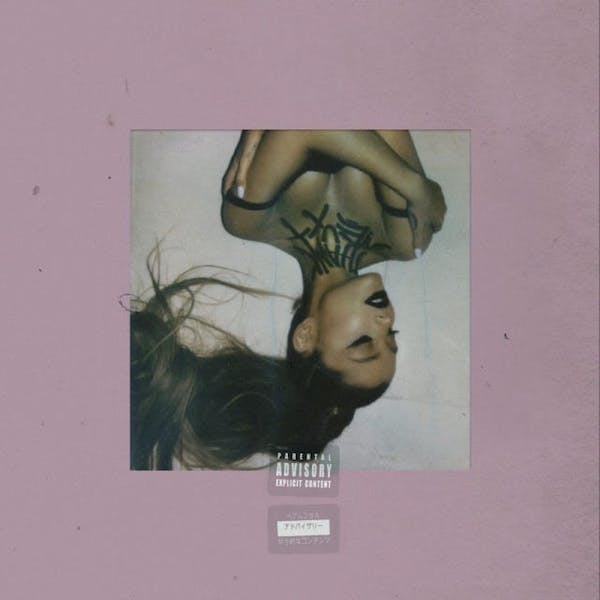 It's hard to watch someone you admire suffer.

Last year, my favorite musician lost someone she loved and became the general public’s scapegoat for his death. TMZ then reported she broke off her engagement with her fiancé and she was laughed at for the short-winded relationship.

How did she respond?

Ariana Grande is not just the biggest musician in the world right now. She’s a prime example of how raising yourself up, learning from lost love and moving forward will only bring you closer to where you need to be. And, after seven years of listening and admiring anything she touches, her new message means the most to me. “Thank U, Next,” the album, is a love letter to fans and a guideline to recovering from a breakup, coping with pain and learning self-love.

And I can’t stop listening.

It packs a lyrical punch into the short string-heavy fantasy.

Grande is honest and almost more so than ever before. She announces to the world that she has needy tendencies, something that’s often seen in a negative light in relationships. But she’s proud of the fact that she “loves too hard.”

Grande is in an industry where every little thing she does is under a microscope. Yet, she isn’t afraid to tell her fans that recognizing who you are is nothing to be afraid of. Over-attachment may be stigmatized in relationships, but Grande just made many more fans feel comfortable with their relationship approach, and probably themselves.

Grande, a few songs later, brings us a classic soul sample as another way of saying that being honest with your emotions is nothing to be ashamed of. “Fake Smile” samples an old-school Wendy Rene song, as Grande sings about, literally, refusing to hide her emotions.

She again hammers in to her fanbase the importance of recognizing your feelings and wearing them proudly.

But the waterworks came for me three tracks later.

Mac Miller’s “2009” starts playing during “Ghostin,” as Grande samples the man who inspired the song. Her publically lost love and attempt to keep her then-current relationship together, make for a heart-wrenching ballad and one that let’s the world into her once private love life.

Her hints are never subtle on this album. She is an open book, and implores fans to read her exactly as she is.

After a few tear-jerking minutes from the “No Tears” singer, the album ends with massive self-love tracks.

“7 Rings,” dedicated to the ladies who helped Grande find herself again, is more than just a trap banger or “Soulja Boy soundalike,” which I honestly disagree with.

It’s a reminder to buy what you want, be with who you want and think a little more about yourself. And after tracks and tracks of mourning and confessing, I felt like I was able to go on this journey of self discovery with her.

Wanting to be happy is not selfish. And, although “7 Rings” may help Grande flaunt her wealth a bit, its main purpose is to flaunt her personal growth.

“Thank u, next,” the song, echoes that message. Grande teaches her fanbase that breakups shouldn’t be looked at as a loss, but rather an excuse to continue growing.

It needs someone to say, “this is who I am and this is what I’ve been through, but I’ve continued to love myself the whole time.”

In just 12 songs, Grande did something most artists haven’t done in their careers.

She lets the world know she loves herself.

Brenton Blanchet is the managing editor and can be reached at brenton.blanchet@ubspectrum.com or on Twitter @BrentBlanchSpec.