Being asexual in a sexual world 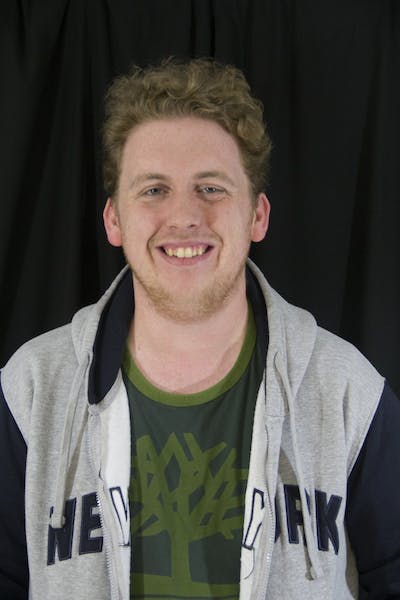 I fully realized I was asexual –– having little or no sexual appetite –– the first time I went to a strip club.

My friends decided we should all go to this strip club in North Buffalo one night –– an idea I sighed and went along with. We went in and I nursed a beer for a couple hours while they got lap dances and dropped bills in places you could probably guess. But as I sat there, sipping a room temperature Labatt and taking in the shrine to American sexual desire, it hit me: eh, this whole thing probably isn’t for me.

That night in bed, I took a mental inventory and did a little bit of searching online. I’d heard of asexuality before but I thought my lost virginity disqualified me in some way. I couldn’t claim to be asexual if I’d been sexual, I thought. An hour’s worth of blogs, websites and deep introspection later, I knew it. I was asexual.

But why did I have sex before and why did I not want to have sex now?

For some people, sexual appetite comes in waves, depends on the person they’re with or relies on a long list of other personal factors. For me, it came down to wanting to fit in.

The world is sexual; no one would argue with that. Everyone’s either talking about sex or waiting to talk about it. Entering sexual maturity is equivalent to entering overall maturity and sexual performance is everything; if you aren’t at least average at the act, then you’re defective, immature or simply left behind. This isn’t how it should be, but it is how it felt to me growing up.

To be asexual in a sexual world is to not be in this world at all.

I always felt a need to find a girl and have a relationship, and a relationship for most involves sex. So I had relationships and had sex and thought that if I kept doing it, maybe it would click. Sometimes it was a little enjoyable, other times it was incredibly traumatic.

I forced myself into situations where I felt unsafe and uncomfortable, and through no fault of my own or my partner, but through the social code of a sexual world.

But even through nightmares about previous sexual encounters, through crying and stopping because I just didn’t want to, through feeling so far out of my body, I still believed I must be sexual. Do I want to live alone the rest of my life? Do I want to be useless?

A few weeks before my maiden strip club journey, I watched an episode of “Bojack Horseman.” In it, the character Todd came to terms that he was simply not a sexual person. It was a strange moment for me; it was the first time I’d seen someone with my sexuality in pop culture. And it was in a show about a sad alcoholic horse.

Regardless, that got me thinking, and the strip club had me confirming.

In the aftermath of that final realization, I felt self-pity. I couldn’t imagine anyone I had feelings for would feel the same way about an asexual person.

I was mad with who I was and wished I could go back to my 20-year denial of myself. I was so afraid of being alone and wrestled with telling a girl I was really falling in love with that I was asexual. I felt guilty for not bringing it like my asexuality was a disease I was hiding.

I wanted this column to be about how I overcame that fear but the truth is, I haven’t.

People around me talk about sex all the time still, and I do too to feel like a part of it. I act like I get like I’m just like you all and modern life is just a series of drinking, partying and having sex. I mean, The Spectrum’s biggest issue each year is often the Sex Issue.

It’s all pretty exhausting and isolating.

Many friends and family members expressed some form of concern or at least curiosity about me dating as an asexual. “How would that work?” they asked. I don’t know the answer. “You probably just haven’t found the right person,” some said. I might never.

I struggled over the past year to be OK with being asexual and I now have some sort of a fragile acceptance of myself. I came to terms with more things along the way –– things I don’t want to discuss just yet –– and now choose to identify as queer, a comforting label that offers an alternate world where I can feel how I feel and be around others who understand that alienating and unsafe feeling. Most of my closest friends are queer, and we bond in the beautiful way only people who share a certain flavor of aloneness or fear can.

Again, I really wanted to tell you how I overcame all of this and now love myself fully. I really, really did. But, I can’t.

Dan McKeon is copy chief and can be reached at dan.mckeon@ubspectrum.com.