UB engineers made Cybertron a reality in the middle of the Student Union.

This year, 13 student clubs created bots no larger than 50 lbs., refraining from equipping bots with projectiles or pyro/hydro capabilities. The bots are all remote controlled and couldn’t exceed $500 in costs, unless donations were sought by companies outside UB.

“Our goal is absolutely to win,” Coleman said. “I spent about five hours a day, three days a week working on the robot. Robotics has won the last few years so I feel confident that we can do it again.”

Little Drummer Boy was eliminated by the eventual second place finishers, the Engineers for a Sustainable World’s robot, someBUDDY. The tournament winner was the American Society of Mechanical Engineers and its robot, Dave Kishler Jr.

After a check-in and weigh-in prior to the battle, bots are summoned into a wooden plexiglass coliseum. This year, the School of Engineering spent about $150 to revamp the bot battleground, which featured additional walls and refined platform support.

Each match is exactly four minutes in length and bots must disable their opponent to win. If they can’t win before the match is up, judges call a winner based on scorecard results. Judges also examine bots following a battle to determine their damage.

Coleman said the competition can be challenging because renovations and changes are constantly necessary during the competition. With a small amount of time between matches, tensions easily rise while making repairs to a robot.

“First, we had to remove our main weapon, a spinning drum used to catch and flip other robots, to stay within the weight limit. We’re relying on sheer weight to win our fights now,” Coleman said. “Making repairs in between matches can be especially hectic, you’re always rushing, but you need to be precise so nothing breaks again during a match.”

“For us, it was about how much of a reaction we could get out of people and try to make the most memorable bot we could,” Barrera said. “Five years from now, they will be like ‘remember that unicorn robot that had glitter coming out its butt?’ Our goal heading in was to try and get glitter banned.”

Barrera said he felt the final result lived up to their initial plans and looked forward to making a more lethal robot for next year's competition.

“We were only meant to go one round; we never expected to do any better,”

Barrera said. “Our battle-bot was supposed to be at the bottom. That is why it is named Battle Bot-Tom. There is an innuendo, but I am not sure if it is school appropriate.”

Gabby Keller, a sophomore civil engineering major, went to the competition to cheer on her brother. After his team forfeited, she stuck around to watch the other bots hash it out.

“I’m pretty upset that my brother lost in the first round, but it’s still a really fun activity on campus that’s really fun to watch,” Keller said. “I like building things so seeing the results of other people's work is cool.”

Keller pointed out other competitions allow bots to have more dangerous weapons, but UB’s rules forbid the use of axes, flamethrowers and saw blades, forcing teams to take a more strategic approach to crafting their robots and strategies.

“We’re only in college so seeing some complex robotics is a little bit unrealistic, but I want to see bots destroy each other. I think sometimes these battles are a little more tame,” Keller said. “I think that some of the bigger robots that are winning matches have smarter weapons, but nobody really has anything that’s over the top.”

Jessica Wilson, a junior biomedical science major, said she appreciates that every robot starts from scratch. In between doing homework and labs, she admires the amount of effort that each team poured into their creations.

“I think the fact that each club has to design their own bot and they have total control of how it looks and runs is a cool aspect of the competition,” Wilson said. “Each one is handmade, and teams have total control over the design, weapon and colors. It’s really fun to finally see teams battle after working on their bots for such a long time.”

Max Kalnitz, Tom Zafonte and Benjamin Blanchet are editors and can be reached at news@ubspectrum.com. 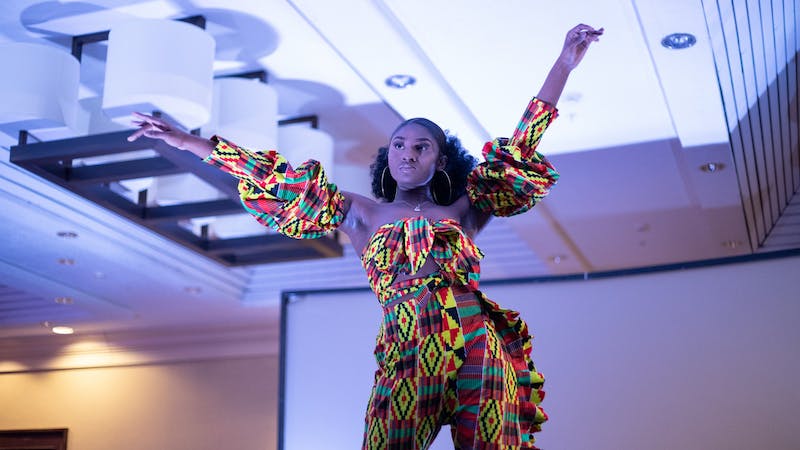 By ALEXANDRA MOYEN
20 days ago

By ALEXANDRA MOYEN
26 days ago

Around the world in four plates

By LIA SITRIN
27 days ago