Hear Me Out: 'Animal Crossing' prepared us for a cruel world 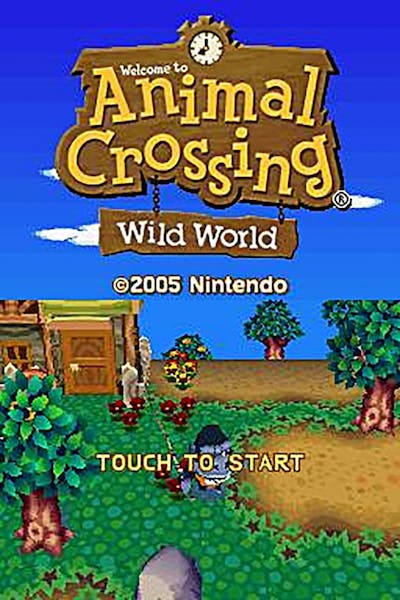 “Animal Crossing: Pocket Camp” has accomplished an overnight bloodless coup d’état of phones worldwide. Suddenly, everyone is building campers, making friends with needy dogs and frogs and putting together a campsite in their own image. Friend codes are being thrown out on social media, allowing people to quickly connect and visit other campsites. “Pocket Camp” memes are already a thing and the game’s only been out in the U.S. for just over a week.

With all these feel-good Animal Crossing vibes going around, it can be easy to forget the vision of independent living 2005’s “Animal Crossing: Wild World” presented to a young generation.

You begin your life in “Wild World” alone in a new town, in debt to a Japanese raccoon dog named Tom Nook. To pay it off, you take a menial labor job at Nook’s store in a pseudo-feudalistic arrangement. Even after you’ve finished your first job, you must then spend a significant amount of time working the land; collecting fruits, bugs and fish to sell to –– you guessed it ––Nook.

Oh, you finished paying off the debt? Nook will more or less force you to take out a second loan to expand your house. Let’s be clear: for a very long time, you will be in debt to Nook.

But looking past your ever-deepening financial hole, your new life is filled with animal-folk to become friends with. You play as a human, but every other character in the game is an animal. “Animal Crossing” puts you on the same playing field as these animals: you’re all just trying to get by in the world.

Each animal has a different personality, different things to say and favors to ask. You learn more and more about each of these animals, growing attached to these strange folk.

Then one day, your favorite frog moves away on a moment’s notice.

“Wild World” is a lonely place to be sometimes. For children, this was a sign of things to come.

Many of us will graduate and move to a new town, in debt and alone. We’ll work whatever job we can find, make friends with people who will only move away and feel lonely in a world filled with people.

But “Wild World” didn’t just drop you in a bleak life; it taught players to find joy in moments, solitude and others.

Sure, your favorite frog’s gone. You miss your favorite frog for all the weird, jarring but oddly endearing conversations you’d have. Yeah, sometimes they’d have you go off and deliver a mysterious package to another animal and it never came up again in conversation but, hey, friends are friends. And no one can take those moments away from you.

The towns of “Wild World” were beautiful and quaint. You could walk through a forest dotted with small houses, fruit trees and peaceful rivers. It was one of the few games I preferred to not have a fast travel option.

When you were done wandering around on your own, you could go to The Roost, the local cafe. K.K. Slider, a cool traveling dog musician, would play you a tune or two surrounded by strangers who could become friends. Your favorite frog may have moved away, but there’d always be a cafe to hang out at, a woods to walk through and a river to sit by.

Now that “Pocket Camp” has brought “Animal Crossing” back into focus, it’s hard to not miss the struggle and the moments “Wild World” brought a young Dan just learning how to be an individual. “Pocket Camp,” as endearing and fun as it is, feels empty.

Your friends now have friendship levels; conversations and favors are reduced to a point system instead of a weird sense of community. While you still get to be creative with your world, it’s all to keep you hooked on a freemium phone game.

Maybe that’s just how the world is now. Increasingly, we have less and less time for smaller things. Doing anything that doesn’t have a direct tangible reward feels useless. Nook is now an actual character in our lives and he’s a lot less fun as a human than a Japanese raccoon dog.

As you glam up your camps and convince penguins to come join you, remember to just sit by the beach or take a walk through the orchard. Remember to do aimless things because life is a little too on the nose sometimes.

Dan McKeon is the copy chief and can be reached at dan.mckeon@ubspectrum.com