More women than usual around campus donned a “superhero costume” – a hijab – on Friday.

“Superheroes, if you think of them in the context of our cultural society, now are normal, but, when they feel they have a greater calling, they rise to it,” said Samiha Islam, co-head of the Muslim Women’s Council. “But they don’t just do it themselves – they have to have a cool outfit, something that disguises them when they go out there.”

On Feb. 20, the UB Muslim Women’s Council organized “Cover a Mile in Her Scarf,” a daylong event followed by a discussion with the Council and the event’s participants. During the day, non-Muslim women wore a hijab, a Muslim head covering that represents modesty and respect for the woman. About 40 women and a handful of men attended the discussion panel, which addressed how the participants felt their day went. This was the first time the Council organized the event at UB and the goal was to encourage non-Muslims to develop a more positive perspective on the hijab.

“[This event] is in some ways a validation of how far things have come and an open door to all the Muslim girls out there who are afraid to wear hijab in worry of the judgment or fear of not being accepted,” said Islam, a freshman computer science major.

During the discussion at the end of the day, Islam heard the participants echo experiences she had in the past while wearing the hijab, from positive interactions with hijabi Muslim women – women who choose to wear a hijab – to confused silences to outspoken disapproval.

“As participants shared [their stories] many of the Muslim women, you could see, were nodding in agreement,” Islam said. “Stories they shared were things we too have come across.”

Montaha Rizeq, a senior history major and co-head of the council, said she was “impressed” with how the event turned out.

Rizeq and Islam felt respected when they saw how non-Muslim women went out of their way to attempt to understand their lives by putting on the hijab.

“The comments our participants were saying made me tear up,” Rizeq said. “I tried my hardest to hold it in.”

When Islam began wearing an amirah style hijab in middle school, she said she felt self-conscious about being different from the other girls at her school. When she arrived at school, she would push her hijab down around her neck to look like a typical scarf.

It wasn’t until she addressed the judgmental comments she received from strangers about her hijab that she began to look for reasons to defend herself and her religion.

She realized the hijab was worth defending – it was part of her identity.

Jesse Moses, a junior international studies major, participated in the event and now said she sees the choice to wear a hijab as a form of bravery and a commitment to express oneself to the world – something Islam, and many other Muslim women, didn’t feel themselves when they began wearing the hijab.

“I wanted to support this [experiment] and explore an understanding of how it impacts their daily lives,” Moses said. “I was most hesitant about offending the women who wear hijab by misrepresenting the community in some way.”

The hijab is not just a piece of cloth for Muslims – it’s a way of life.

Hijab is an Arabic word meaning “to cover” or “to screen.”

The hijab embodies the Muslim belief in modesty. This concept involves screening the eyes from things that are not good, screening the mouth to keep their speech positive and true and to screen their ears to be aware of what they hear, Islam said.

Some students who participated in the event embraced the modesty of the hijab and ended up feeling more beautiful than before.

“Wearing the hijab all day actually made me extremely more body positive,” said Kelly Camacho, a sophomore biology major who participated in the event. “For once in my life I wasn’t focused on how I looked, but rather how I acted and what I said.”

Rizeq said she feels safe, respected and, most importantly, happy when she wears a hijab.

When she was 12 years old, she wore the hijab when she visited family in Palestine and Jordan. Upon returning to the United States, she decided to keep wearing the hijab even though nobody around her did.

Today, she said she never feels self-conscious about the way she looks or about the way guys think about her – something Camacho felt as she donned the hijab for the day.

The headscarf took away Camacho’s need to constantly critique how she looked and allowed her to focus on how she felt. She said she would consider wearing the hijab again, even though she is not Muslim, because of how happy she was with herself.

Muslim women who choose to wear the hijab aren’t always making an easy choice and for Camacho and Moses, some people reacted negatively to their choice to participate in the event.

“Most people I told didn’t mind me participating in the event except my dad who was terrified that something bad would happen to me because of the recent events with the students in Chapel Hill,” Camacho said.

On Feb. 10, three Muslim students were gunned down in Chapel Hill – two of them were wearing a hijab.

Although the police said the shooting was likely motivated by a dispute between the victims and their neighbors, the family of the victims described the murders as a hate crime. The police are investigating the possibility that religious hatred contributed to the killings.

Still, Camacho was worried how people would treat her as she wore the hijab.

Moses said some people stared at her until she made eye contact with them while others didn’t even recognize her. Some people didn’t ask her about wearing the hijab, but she “could see the questions in their eyes.”

But Moses’ favorite interactions of the day were when she encountered hijabis.

“There were immediate smiles and small connections with these women that made me feel part of a community,” Moses said. “I now have more respect for Muslim women who wear hijab.”

Camacho also said she has more respect now for hijabisthan she did before Friday, because she realized they were expressing themselves in a world in which “it is not always encouraged” and can be downright dangerous.

“These women wear their relationships with Allah everyday to remind themselves and others of their religious promises,” she said.

Participants in Cover a Mile in Her Scarf and UB’s Muslim population bonded as they shared experiences and learned about each other’s lives. Long after the event ended, conversations continued to flow – the hijab became a bridge between cultures, rather than something that singled women out for their religion.

Dani Guglielmo is a features staff writer and can be contacted at features@ubspectrum.com 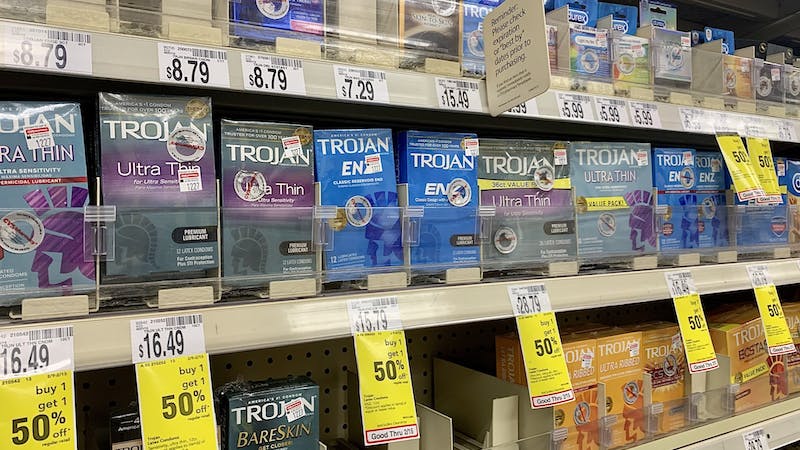 By Vindhya Burugupalli
13 days ago

Behind-the-scenes with John Fiege: DMS professor and filmmaker advocates for the environment

By Vindhya Burugupalli
16 days ago