She and a group of about 75 protesters knew Obama was coming to speak about the affordability of higher education, but they wanted to make sure their voices were heard regarding their distaste for some of his other policies. They gathered next to Slee Hall from about 8:30-11 a.m.

The majority of the protesters, including Raj, protested against hydraulic fracturing, or "fracking" - the process of extracting natural gas from underground rock formations.

"All of these people here are concerned citizens who are taking this opportunity to show President Obama to be strong on these issues," said Raj, who studies urban and regional planning. "[Obama talks] about addressing climate change, but you can't address climate change if you keep saying, 'Yes' to oil and gas companies. You can't."

Others protested Obama's involvement with drone strikes and the war in the Middle East.

A handful of people in the crowd were activists from Planned Parenthood, and they came to support Obama's impact on women's healthcare. There were also people protesting Obama's gun control stance. Fracking opponents dominated the protest scene.

They held signs and chanted, "Ban fracking now," and "Yes, we can ban fracking," making a case for the New York State residents who are unhappy with the drilling in New York's Marcellus Shale. Many believe the process - which involves injecting volumes of water, sand and other chemicals into the ground to release gas - poses harm to the environment, like unfiltered water.

One of Raj's main concerns about fracking is the leakage of methane, a greenhouse gas that can affect the climate.

"If you're planning for the future and you're planning for urban populations but you're polluting your water supplies, you're polluting your land; it doesn't make any sense," said Raj, who was born and raised in Fiji. "And I'm also here as a Pacific Islander because the region where I come from is at the front lines of climate change. So every opportunity that I can get to demonstrate against that, I do."

He arrived at UB around 8:30 a.m. and hoped to make an impact on those who passed by in line to see Obama.

"A lot of people know hydrofracking is bad, but they don't know the full story, and they don't know how strongly opposed people are to this," Rogers said. "...People think it's like all the hippies that are trying to save the planet. All walks of life are behind this: republicans, democrats, any kind of person."

A handful of protesters called on Obama to stop using drones against militants in Pakistan, Yemen and Somalia. Drones are unmanned aerial systems that can be armed with missiles and remotely controlled for military and civilian purposes, according to the Friends Committee on National Legislation.

It is advantageous to use drones because they don't risk hurting American troops, but many are opposed to drone warfare because it often causes collateral damage in civilian casualties.

"In New York State, we really felt the impacts of climate change through Hurricane Sandy, and we should be learning from the mistakes of the past and moving really towards a clean renewable energy future," Yelda said.

Buffalo attorney Bob Ciesielski gave a speech around 10:30 a.m. regarding renewable energy, and Yelda spoke to the crowd afterward detailing water contamination and the harmful affects of natural gas.

Though Obama came to UB to reveal his new plans to improve higher education and its affordability, protesters wanted to make sure spectators didn't forget about other policies that they believe are negatively affecting the country. 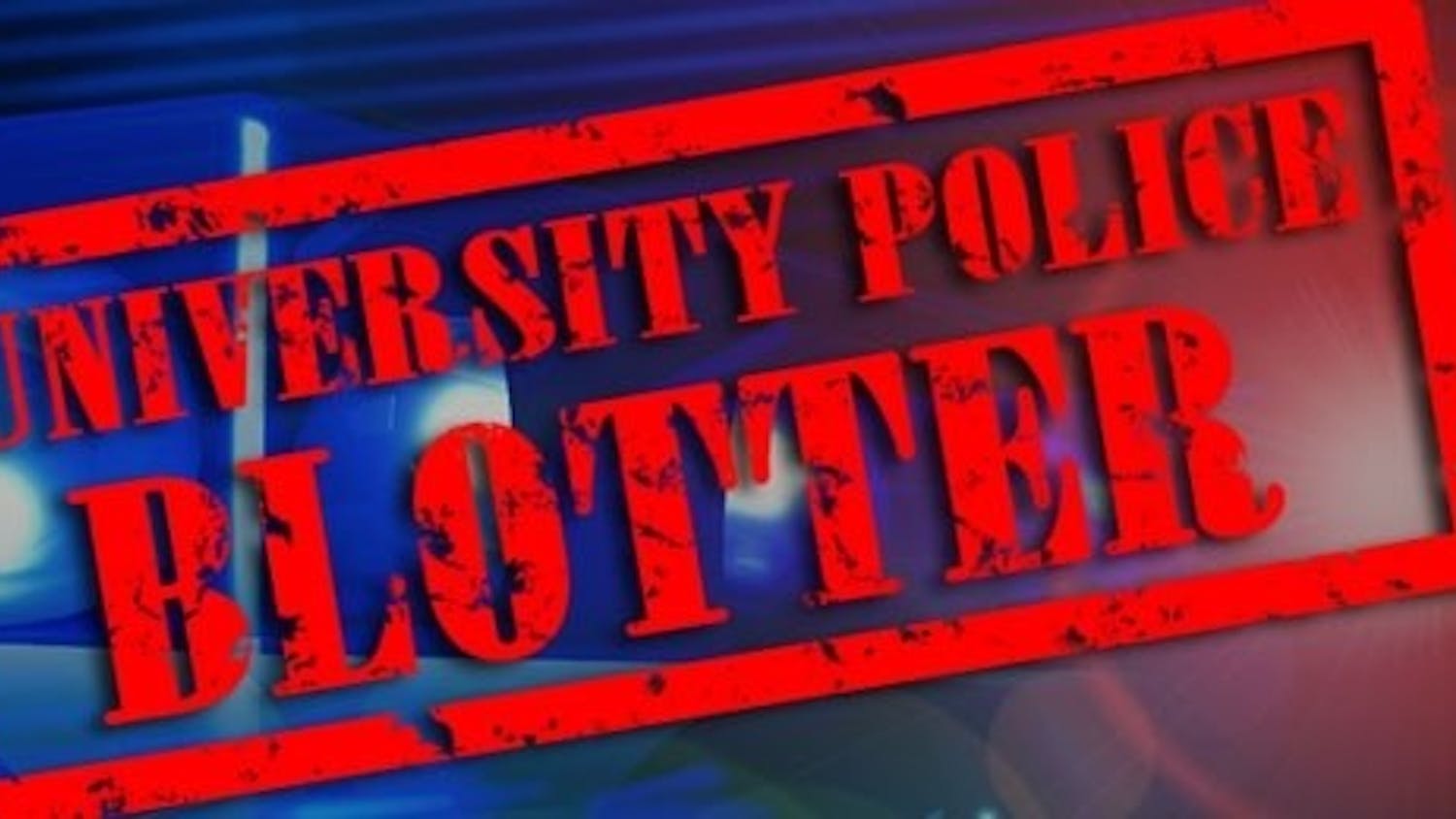 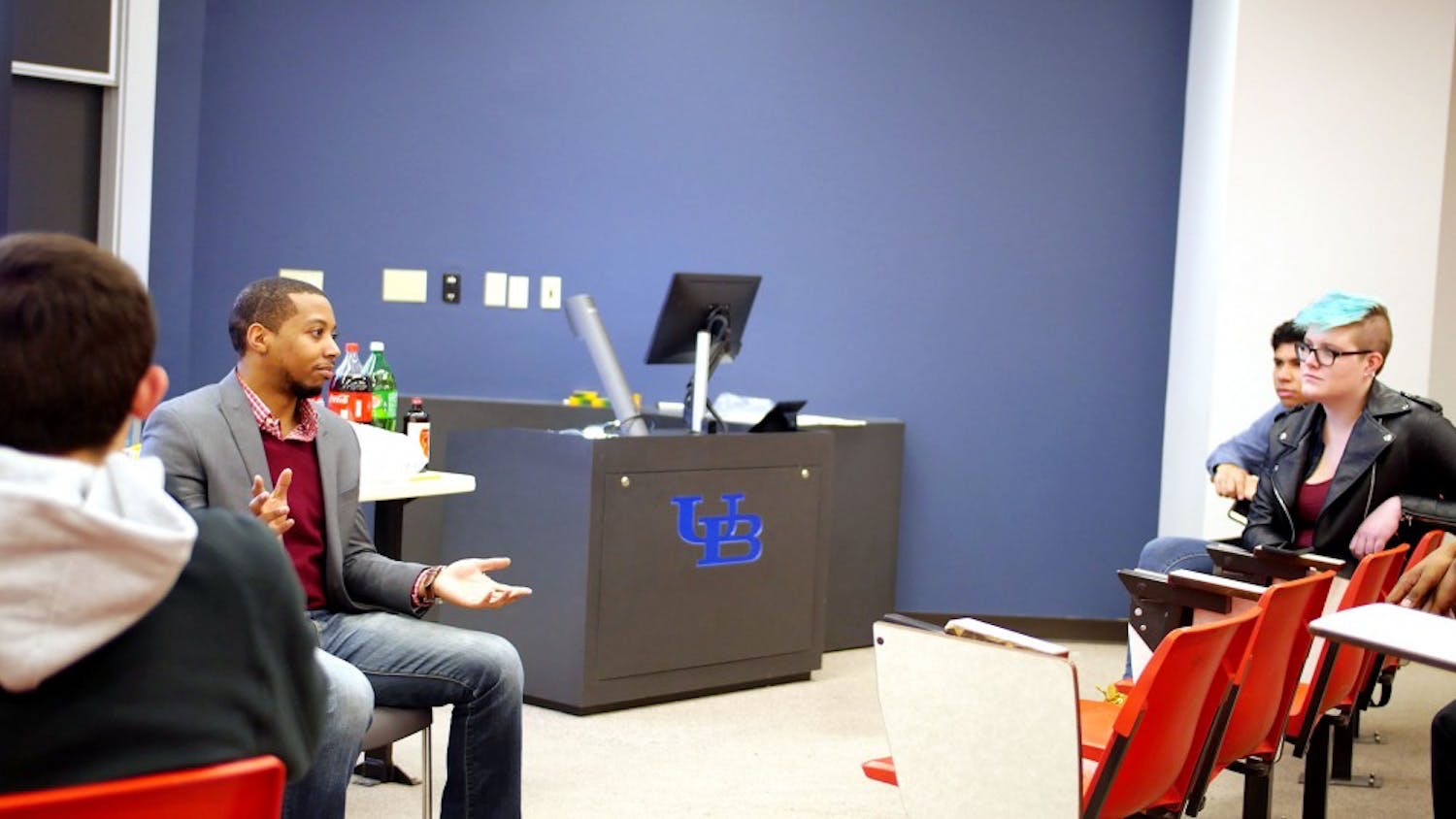