Never was that more evident than on Tuesday night, when the UB women's basketball team ended their regular season by dropping an 80-65 decision to the Miami (Ohio) RedHawks at Alumni Arena.

The Bulls (9-18, 4-12 MAC), who have now dropped eight straight decisions, simply couldn't stay with a Miami team that has found itself victorious in its last five contests.

Trailing 35-33 at halftime, thanks in part to 13 first-half points from Bulls' guard Kate McMeeken-Ruscoe, the RedHawks (17-10, 11-5 MAC) looked to their most dangerous weapon for help.

Junior Heather Cusick drilled two straight three-pointers as part of a 12-2 run that established a nine-point lead with 10 minutes remaining in the second half. Cusick would score 12 second-half points and finish the game with 22, she also had seven assists.

"Heather Cusick is, in my very biased opinion, the most valuable player in this conference this year," Fantanarosa said. "If I had to tell her anything, it was 'shoot,' and she'd nod and go out there and do it."

Miami, as a team, shot 50 percent from three-point range for the game, going 10 for 20 from behind the arc.

Buffalo fought desperately to win their final home game, narrowing the gap to six on a three ball from McMeeken-Ruscoe.

However, Miami was able to work the ball down low against a Bulls' defense playing through injury. Buffalo starting center Kim Kilpela suffered a left ankle sprain in shoot-around before the game, but went on to play 16 inspiring minutes. Despite her efforts, the Red Hawks scored the game's next 10 points to seal the victory.

RedHawks forward Jana Butler also helped out her team's cause by chipping in with 14 points, 11 of which came in a second half that saw her go four of five from the field.

Despite the loss, UB Head Coach Cheryl Dozier was emphatic that her team showed a lot of heart in their final home appearance this season.

"This isn't about [going] 9-18," Dozier said. "This score is not indicative of the way we played. We played very hard."

Miami's win coupled with Western Michigan's 72-58 over Eastern Michigan Tuesday night gives the RedHawks the No. 4 seed in the first round of the MAC Tournament where they will host Central Michigan.

The Bulls will travel to Northern Illinois to face the Huskies in the first round of the MAC Tournament at 3 p.m. Saturday, March 2. The game will be broadcast on WWKB-AM 1520. 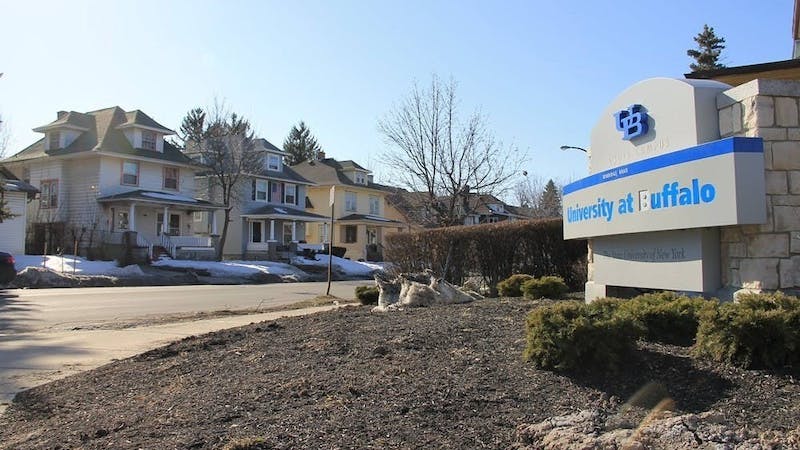 By ALEXANDRA MOYEN
28 days ago

By JUSTIN WEISS
34 days ago