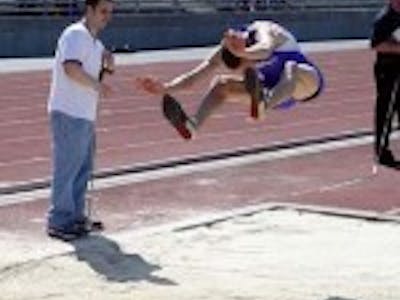 Buffalo Dominates Chancellor's Cup
The men and women's track teams may be nearing the end of the season, but they are competing like they are gearing up to do great things and breaking a few school records in the process. 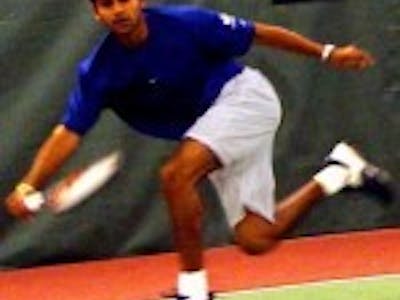 Buffalo Dominates Canisius in Conference Tourney Tune-up
It is not often that the men's tennis team gets to enjoy many matches at this time of year. Competing in a conference such as the Mid-American Conference has often left the Bulls sullen in defeat, following a decisive and lopsided loss. 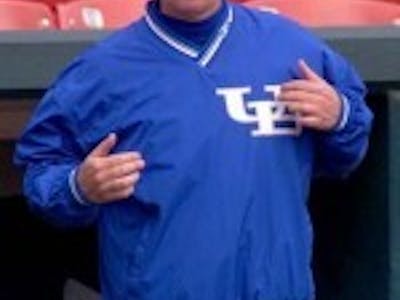 Building From the Ground Up
Buffalo Bulls baseball may be a mystery to many of the students at the University at Buffalo, for many reasons.Living in the shadow of the two big sports at UB, football and basketball, is tough enough; Add to this the arctic "spring" of Buffalo, which forces the postponement of many games, and you're left with a baseball team nearly invisible to the eye of the average student.But that doesn't mean that the baseball team and particularly its head coach, Bill Breene, do not have an interesting story to tell.Actually, Breene's story is an intriguing one, as he was the man selected to build the Bulls baseball team, which had been out of commission for 20 years, from the ground up in an extremely tough Division-I environment.Breene was given that opportunity to build a Division-I baseball team four years ago and so far, given the obstacles in his way, he has been able to weather the storm and even finished with an overall record of 16-28 last year, which is not too shabby considering they started over fresh in a new conference only a year before that."Needless to say in our first few years of development, I think we would go on the field most of the time a little overmatched based on a lack of experience," said Breene.
"Rock Lovers Treated to a Loud, 'Disturbing' Night"
The Music as a Weapon II tour made the following point very clear on Monday night: With all the unrest going on in the world, sometimes rock music is the best way to escape it.Featuring modern rock acts Disturbed, Chevelle, Taproot and Unloco, the show powerfully swept into Rochester and left a lasting impression on the approximately 8,000 screaming fans at the Blue Cross Arena.Texas-based Unloco, whose second album, "Becoming i," hit stores in January, took the stage first and immediately set the tone for their set with Joey Duenas' powerful lead vocals. 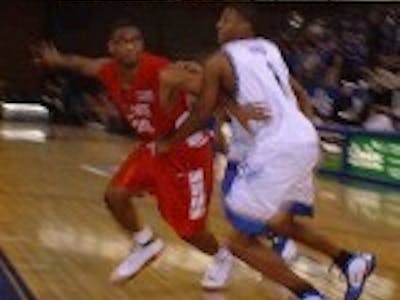 "Without Battle, Buffalo's Fight Comes Up Short"
Question: What is a struggling team to do when its impact player and floor leader is sidelined due to injury?Answer: Make the best of the situation by moving forward and giving 110 percent effort.Unfortunately for the UB Bulls, sometimes that is just not good enough.After starting all 50 games of his college career, Bulls super sophomore Turner Battle fractured and dislocated his left middle finger in practice on Thursday. 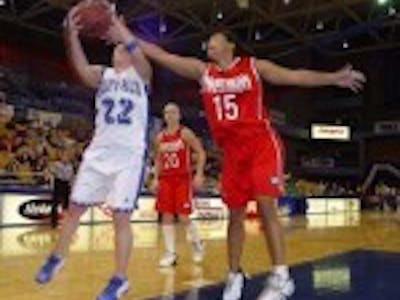 Slow Start Once Again Dooms Bulls at Home
The more you watch the Bulls, the more you see the same mistakes being made over and over again. Buffalo has been plagued by slow starts at home throughout the conference schedule and Sunday night was no different as the team fell at Alumni Arena to Northern Illinois 76-64 before 771 fans. 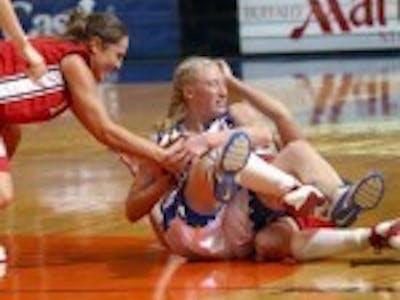 RedHawks Shut Down Bulls
Mix one part poor ball handling, a touch of shoddy execution in the transition game, a load problems in breaking the full court press and half court traps, and top it all off with some questionable officiating. 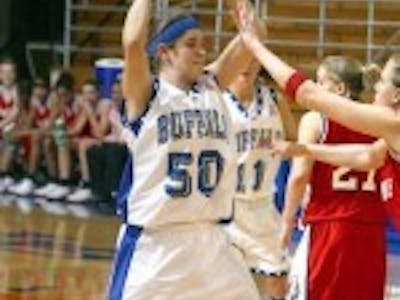 Crippling Defense Leads to Big Red Beatdown
From the opening tip-off to the final buzzer, it was left pretty clear who the more talented team was - it was just a matter of showing it for 40 minutes.
Men's Basketball
Coming off Wednesday's road loss to Bowling Green, Buffalo was looking to find some consistency in their offense Saturday night against Youngstown State. 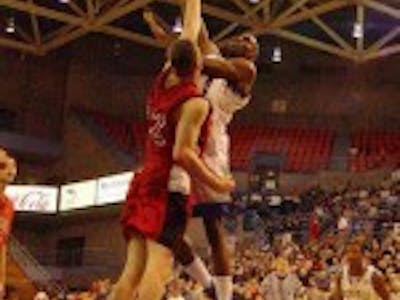 Men's Basketball Splits Opening Weekend's Games
The Definition of Balance: 12 Bulls Score vs. CSUIt is amazing what 48 hours can do for a team's psyche.