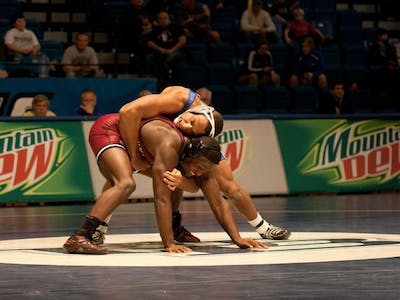 Big Red is Best
The wrestling team traveled to Ithaca, N.Y. over the weekend to take part in the Body Bar Invitational. No. 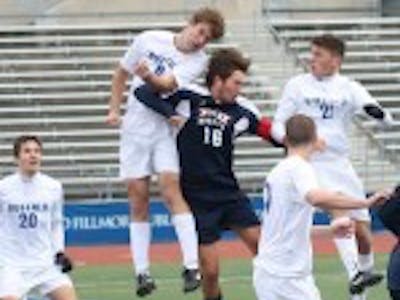 One And Done In MAC Tournament
It was a David versus Goliath matchup as the men's soccer team went up against the No. 3 ranked team in the nation on Friday night. The underdog did not prevail on this night. The Bulls (7-10-1, 4-2-0 Mid American Conference) were knocked out of the MAC tournament by the eventual champion, the Akron Zips (18-1-1). The 3-1 loss was a crushing one that ended the 2010 season. "The effort was most certainly there," said head coach John Astudillo. 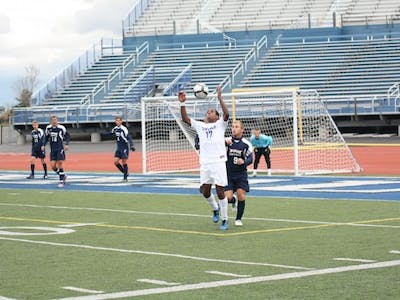 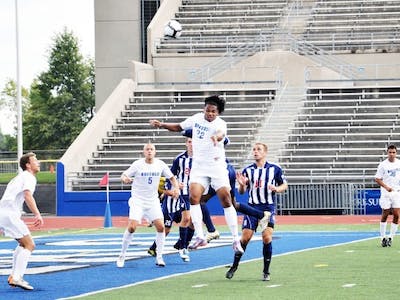 Rogers leads Bulls to second MAC victory
The men's soccer team responded well after losing to Akron, the No. 1 ranked team in the country, last weekend. The Bulls (6-7-1, 2-2-0 Mid-American Conference) conquered the Northern Illinois Huskies (6-6-2, 0-4-0 MAC) by a score of 3-2 at UB Stadium on Friday night to remain undefeated at home this season. The man of the match, sophomore defender Kyle Rogers, scored the first two goals of his career and was pleased with the overall performance of his team. "I don't think we have had a performance like that all season," Rogers said. 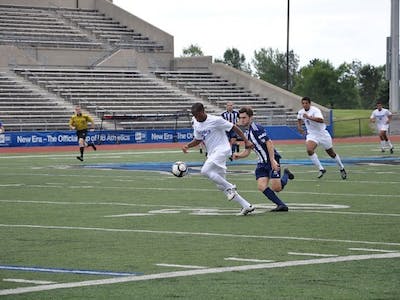 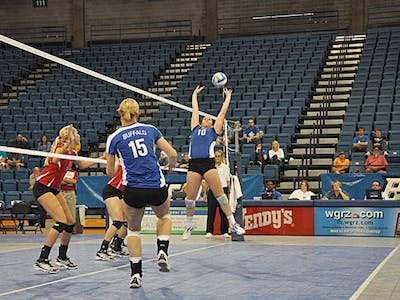 Volleyball conquers Ball State for first time
With the season slowly slipping away, the volleyball team needed to make a statement. They did just that on Saturday night. For the second consecutive game at Alumni Arena, the Bulls (14-8, 2-4 Mid American Conference) found themselves entrenched in a five-set war. 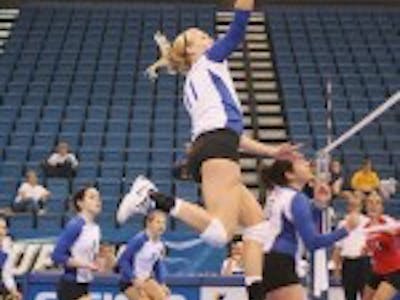