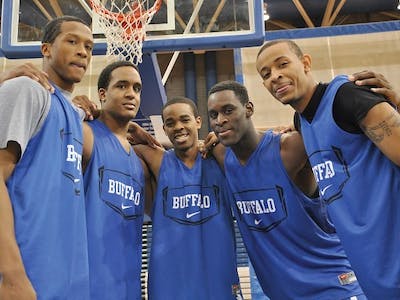 Five Fresh Faces Look to Fill Void
It is tough to rebuild a basketball team when it loses six players to graduation. Especially if five players were responsible for 67 percent of the total minutes played, 74 percent of the team's scoring, and 80 percent of the team's assists from the previous season. And imagine that three of these players were the three best from long range and that five shot above 75 percent from the free-throw line. It sounds impossible to replace that production, right? This is exactly what the 2010-11 men's basketball team will have to overcome. However, help is on campus. The Bulls will replace these six seniors with possibly the best recruiting class since the 2001 group that came within seconds of winning the Mid-American Conference Championship. "I feel like this class is really good.