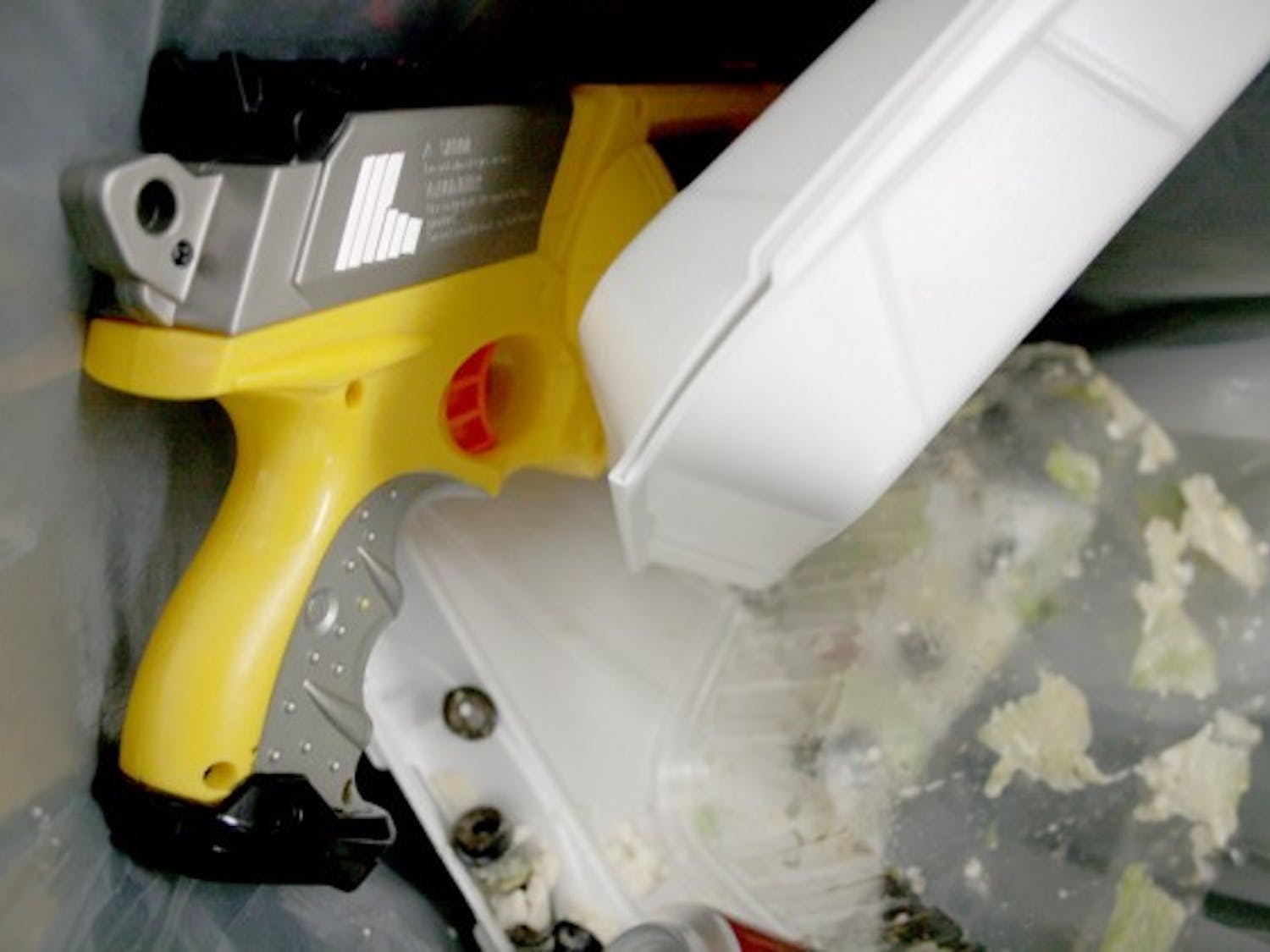 A UB student has come forward to university police regarding the evacuation of Lockwood Library on February 16. George S. Parker, a graduate student in the Department of Psychology, identified himself to officials at the University Police Department on Monday as the alleged gunman caught on camera entering the library. Parker disclosed in an interview to university officials that the incident was part of an experiment he was conducting for his own personal research regarding reaction time in emergency situations. According to officials, Parker divulged a long history of unethical experimentation. "This is the result of a guilty conscience and a sick obsession," said David Vanderhault, assistant chief of police. "This student is disturbed and is in need of help, and he desperately wants help, which is why he stepped forward, so we're going to make sure he gets it." Carl Lindberg, assistant chair of the Department of Psychology, is disappointed in the student researcher's decision to engage in such unethical behavior and believes it will be nearly impossible for him to recover from the damage he has done. "What's most upsetting is that this young man shook up an entire community and wasted thousands of dollars in resources, time and manpower," Lindberg said. "But this is just one student, keep in mind. His actions are in no way representative of the psychology department as a whole." Parker further revealed to police that the alleged gun underneath his trench coat was some sort of Chinese-made weapon, which he dumped in a nearby trash can while exiting the library during the evacuation period. Though Parker took accountability for his actions, Angela Wright, a senior anthropology major, believes Parker forever tarnished the reputation of student researchers everywhere. "He makes researchers look bad," Wright said. "How can he ever show his face on campus again, knowing what he did? He took it to the extreme by putting everyone at jeopardy for some sick joke." Parker's roommate, who asked to remain anonymous, knew nothing of his twisted research. When he heard that a student was identified in the incident via Facebook and Twitter, and that the student was his own roommate, he was in complete and utter shock. "I couldn't believe it," the roommate said. "I mean, yeah, the kid is kind of strange and stuff, and yeah, I heard a duck quack from his closet once, but I thought it was just a fetish or something." While a majority of students and staff are scorning the actions of the student researcher, some are commending him on carrying out the most brilliant plot of deception the UB community has ever experienced. "The whole thing reminds me of the one time I was walking out of Target and saw this dude walk in wearing a ski mask in the middle of spring," said Marcus Godfrey, a graduate student in the Department of Psychology. "I was like, ‘Dang, why didn't I think of that?'" University officials are reviewing Parker's research findings on reaction time in emergency situations, though students will still not receive an e-mail or text regarding the latest news for another week or two. Students in lecture halls on North Campus will be SOL. E-mail: features@ubspectrum.com