How I escaped the chains of a negative body image 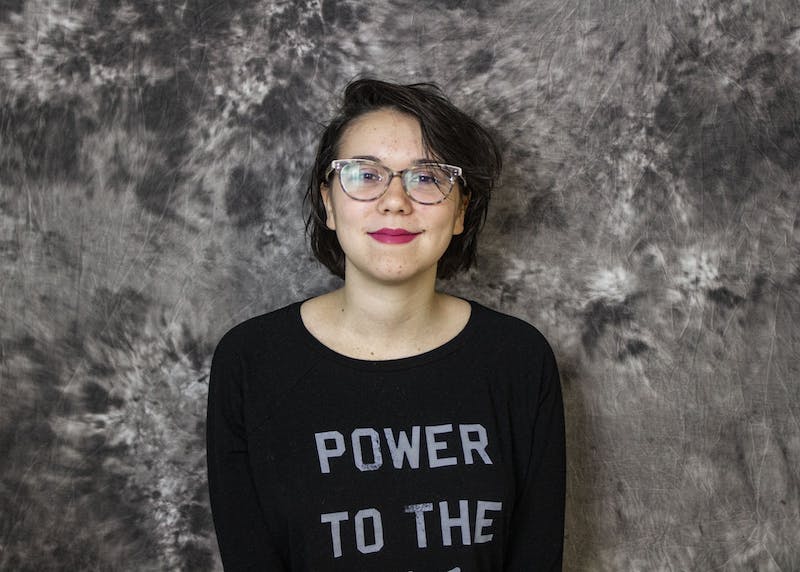 *This column contains sensitive material about disordered eating which could be triggering.

I was kept prisoner by a three-digit number for years.

Every morning, the first thing I would do when I got out of bed was step on the scale and allow whatever arbitrary number appeared to dictate my day.

I wasn’t free to enjoy my dinner.

I wasn’t free to look at myself in the mirror.

I wasn’t free to feel beautiful.

When I was little, I never thought about how much I weighed or what my body looked like in comparison to my peers. But as I started my first year in high school, something in me changed.

I started to believe I wasn’t beautiful.

Images and ads of unattainable bodies suddenly appeared in my social media feeds and for the first time in my life I started to pick up on the subliminal message that hid behind the fake smiles of models and superstars I had always aimed to be.

I saw someone pointing a touched-up finger at my 15-year-old self everywhere I looked telling me I would never be thin enough, pretty enough or good enough.

After a while, I began to believe what I was told. And I wasn’t alone.

Many of my closest friends have also struggled with some form of body dysmorphia in the past. Even today they still deal with the lasting effects these stresses had on both their confidence and mental well-being.

Roughly 70% of teenage girls between the ages of 15 and 17 reported avoiding their daily activities when they feel bad about their looks and attributed their inadequacy to being unable to achieve the “ideal body” they see in the media, according to a 2014 study by Dove.

We are doing something seriously wrong as a society and I believe it all comes back to the media’s portrayal of beauty.

The typical model portrayed in an advertisement today weighs 23% less than the average woman and usually has body-type that is only shared with 5% of women in the U.S., according to a survey from AdMedia.

Having healthy, thin models in ads is completely fine but for the sake of the next generation of women, we need to start producing media and images that promote a range of bodies.

Our society has created an unachievable standard of perfection that we spoon feed to ourselves through advertisements and media. This only serves to pen young women into inescapable self-doubt and dissatisfaction that follow them into their adult life.

Looking back, I can’t help but be angry with myself over how much time I spent locked up by an insignificant number when I could have been experiencing my childhood.

It’s impossible for me to get back the years that I lost while trapped underneath this social pressure, but over the last couple of months, I’ve started to think differently.

Right now, I have absolutely no idea how much I weigh.

I haven’t stepped on a scale in over six weeks and I don’t intend to turn back.

I still have a long way to go before I can consider myself body-positive. Honestly, I don’t know if I’ll ever be there, but as I start to make a more conscious choice to try and see the good in my physical appearance, I can feel my confidence slowly starting to return to its former glory.

My beauty isn’t lessened by the appearance of another and it can’t be defined by three digits on a scale.

I’m done letting society’s unrealistic concept of perfection be my prison guard, and through my emancipation, I’ve finally gained the freedom to feel beautiful.