Lance Leipold deserves a chance with a Power Five program 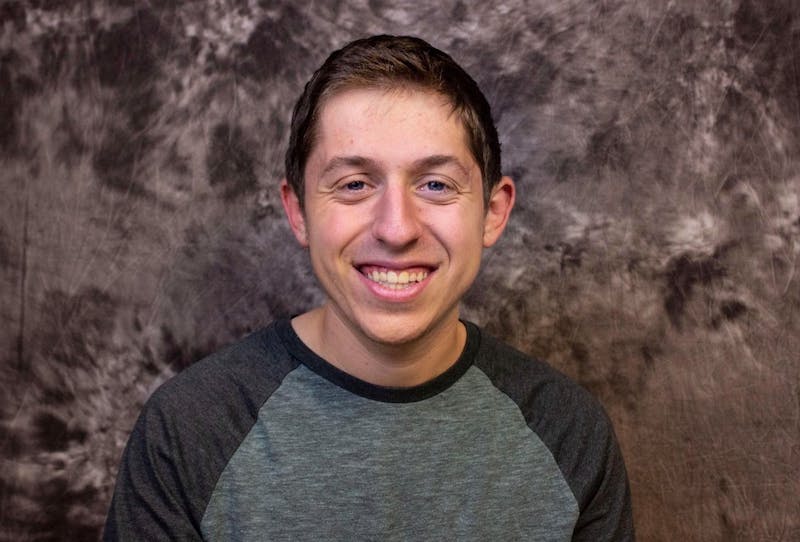 On a sunny Wednesday in early September, UB football players entered an empty UB Stadium for morning practice. There, they were greeted with deafening heavy metal music and crowd noise.

The Bulls were preparing for their Saturday night tilt at Beaver Stadium, the third-largest open-air venue in the world. In practice, they readied themselves for the sheer volume of the Penn State crowd. The stunt was designed to simulate the experience playing in University Park, home of the now No.-5 Nittany Lions.

To some, this might seem like a nonsensical drill. But to its architect, head coach Lance Leipold, it is an essential component of the preparation process. For this team of two- and three-star recruits to have any chance against a powerhouse like Penn State, they need to be prepared for any scenario.

Leipold is considered a maestro in the coaching world. But he still hasn’t received an offer from a Power Five school –– the highest level of Division 1-A competition.

In recent years, athletic directors have made clear their desire for fervent newcomers over established veterans. Unless someone has prior experience coaching in the NFL or a Power Five school, they will rarely get the opportunity to lead a major college program. Only eight coaches aged 55 or higher have been hired by Power Five schools in the past four seasons, two of which had coached in the NFL and five who coached in the SEC or ACC.

Leipold, 55, has received acclaim for his successes at Buffalo and his previous stop, Division III Wisconsin-Whitewater. Chris Vannini of The Athletic ranked Leipold No. 7 among Group of Five head coaches for his ability to “finally get FBS attention at Buffalo.” Leipold, the 2018 MAC Coach of the Year, turned a middling Bulls team into a championship contender. His 2018 roster was replete with NFL talent, including cornerback Cam Lewis, who was signed by the Bills as an undrafted free agent.

From 2007 to 2014, Leipold accumulated a 109-6 record and won six Division III national championships with Wisconsin-Whitewater, was named D-III Coach of the Year six times by the American Football Coaches Association and became the quickest coach in NCAA history to 100 career wins.

After P.J. Fleck led MAC rival Western Michigan to three straight bowl games, he was rewarded with a handsome contract from Big Ten school Minnesota. After Neal Brown’s success at Troy, including a 42-32 victory over Leipold in the 2018 Dollar General Bowl, he landed a job at West Virginia, a Big 12 powerhouse.

Unlike Fleck and Brown, Leipold is on the older side of the coaching spectrum. On the surface, this isn’t a major obstacle. Some of the most prominent signal-callers in college football, including Alabama’s Nick Saban and Notre Dame’s Brian Kelly, are older than Leipold.

However, of the 46 coaches hired by Power 5 schools since 2016, only one –– Dino Babers, of Syracuse University –– came from a Group of Five school and was over the age of 55.

In fact, Babers is the only 55-year-old coach in recent memory to get hired directly from a mid-major program (in his case, Bowling Green of the MAC).

While major programs continue the trend of hiring fiery, young coaches, Babers has proven to be the exception to the rule — not the rule itself.

This was the subject of an article from David Jones of PennLive.com. Contrasting Penn State head coach James Franklin to Buffalo’s Leipold, Jones observed that the two have starkly different coaching methods.

Jones describes Franklin, 47, as “one of the most formidably persuasive people ever unleashed in the college athletic realm,” notching success through “nonstop salesmanship that, like all audacious pitches, defies impediment.” He has gotten recruits “almost by force of will,” rebuilding a once proud program in an ambitiously short period of time.

Meanwhile, Leipold has employed a “much more methodical and result-based method” of coaching, one that involves teaching, not selling, as a motivator.

Leipold’s resume is impressive, but it’s going to take more than just success at UB to convince skeptical programs to take a gamble on him. That’s because hiring a coach like Leipold only works when his team experiences success.

Hiring an enthusiastic 30- or 40-year-old may not always be the shrewdest football move, but these coaches tend to win praise in the media before they even coach a game, making them a compelling option for Power Five programs.

While these programs might not come knocking anytime soon, that doesn’t mean they shouldn’t be.

Leipold deserves a shot at the game’s highest level.