Guerilla Toss makes punk playful on ‘What Would the Odd Do?’ 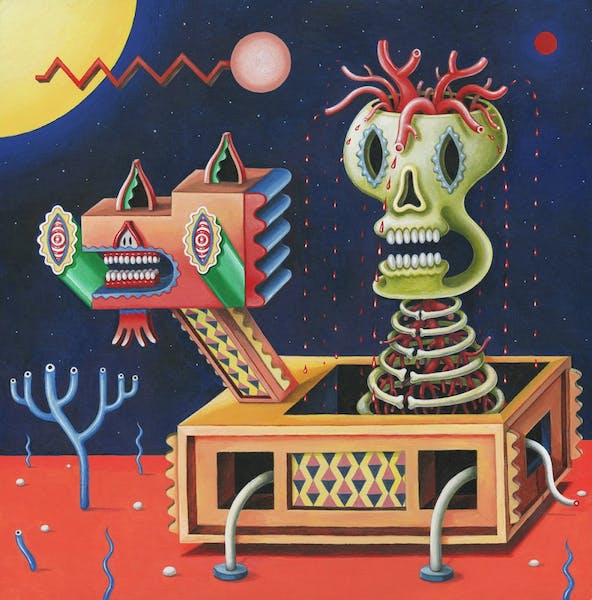 Guerilla Toss has come a long way stylistically since its formation at the beginning of the decade.

The band’s breakout record on NNA Tapes, “Gay Disco,” saw the group playing a furious combination of danceable rhythms, shrill screams and heavy but textured guitars in 2013. From there, the group signed to DFA Records, where it toned down the noisy aspects of its sound, releasing more melodic, but still driving, dance-punk records like “GT Ultra” and “Twisted Crystal.”

Its frenetic yearly album release schedule has seemingly paused for 2019, but the group still found time to return to NNA Tapes and release a new EP, “What Would the Odd Do?” The band originally planned to release the project in November but saw fit to drop it a month early.

As a group, Guerilla Toss’ sound is consistently evolving. “GT Ultra” and “Twisted Crystals” hinted at a more psychedelic direction, and the band fully embraces its sound in “What Would the Odd Do?”

When I asked Guerilla Toss singer Kassie Carlson about the EP’s new direction after the band’s show at Sugar City in September, she said “it’s like a painting.”

Her comment reflects the album pretty well; “What Would the Odd Do?” is not like any release the band has put out yet. All five songs on the 19-minute EP are covered in layers of keyboards and synthesizers. Also, Carlson abandons the yelping and screaming that defined her vocal styles on past releases and sings melodically throughout.

Carlson sang on tracks before, and the band is no stranger to synthesizers, but those elements totally dominate the group’s sound here.

The EP’s highlight is “Plants,” which is one of the band’s finest songs to date. The track wastes no time in starting as a prominent punk-ish drum-and-bass groove, which drives the song while a whirlwind of keyboards and synthesizers circle the mix. Carlson’s vocal melody is infectious.

The song seems to deal with a person who prefers talking to plants over humans, showcased by lyrics like “In the forest, trees hear more than leaves, They talk to me with electric speech.” The beat never lets up, and it creates an extremely fun, high-energy and psychedelic cut.

Other highlights include “Moth Like Me,” a frenetic cut about someone who sees a moth outside their house and sees themselves in it. The lyrics are much more cryptic than on songs like “Plants,” but the chorus’ repetition of “Outside I saw it, it looked just like me, but with purpose,” suggests that the song is about a longing for a simple and driven life.

“What Would the Odd Do?” is at its worst on songs like the title track. It is far from a bad cut, but the groove, the synthesizer and Carlson’s singing simply aren’t as gripping as the rest of the songs on the album.

While it isn’t a full new album, “What Would the Odd Do?” is a satisfying release. The lyrics, while still cryptic as ever, are more personal.

The noise has been toned down for a more melodic and psychedelic sound, and the band has adapted to this direction without a hitch.

It will be interesting to see whether Guerilla Toss continues to move in this direction on a full length in the future. For now though, “What Would the Odd Do?” is a triumph, and any fan of rock and punk music should not miss it.

Alex Whetham is an asst. arts editor and can be reached at alex.whetham@ubspectrum.com.