DaBaby settles for average on 'KIRK'

The rapper’s second album focuses on trendy features and beats, skimping on substance 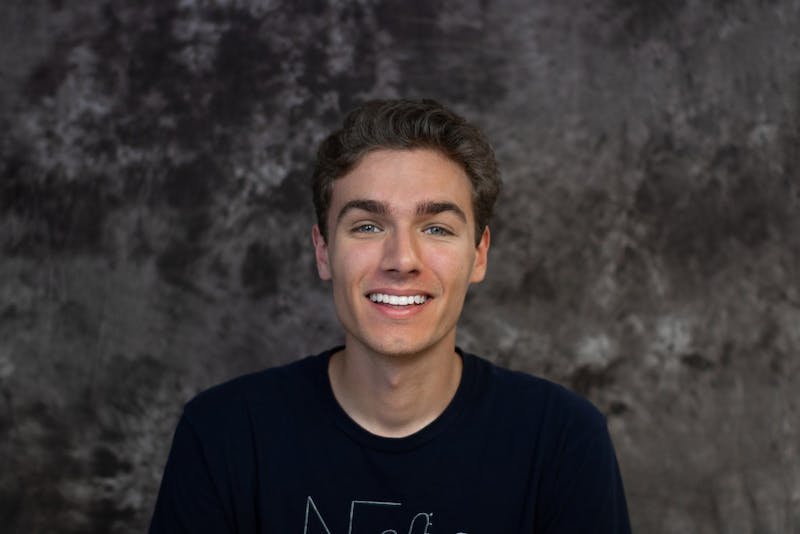 In a time when lyrical rappers rarely make the XXL Freshman list, DaBaby was a breath of fresh air. He made a name for himself spitting catchy and smart bars over trendy instrumentals on his 2019 debut record “Baby on Baby,” and through features on some of the biggest records of the year so far.

As a result, his new album, “KIRK,” is striking while the iron is hot and while DaBaby is at a peak in cultural relevance, and only a month and a half before his UB performance. “Baby on Baby” was a bit one-note, but shined with bubbly, positive production and catchy one-liners. But with “Kirk” following it up so soon, those one-note concerns are heightened.

Fortunately, the album’s opening track “INTRO,” stands out as one of DaBaby’s best songs to date. For the first time in his career, he gives an insight into his personal life and talks about the tragic death of his father on the song.

“And I’m just somewhere f----d up thinkin’ ‘bout my father and s--t, they found him dead a couple days before I started tour, same day I flew back to the city from Miami, I was out there with the family,” stands out as possibly one of the strongest and most evocative lyrics of his career.

The album then takes a positive turn, as DaBaby focuses on all that has happened since the runaway success of his career. The second song in particular, “OFF THE RIP,” stands out as a smart transition from the sobering content of the opener to the much lighter subject matter. The lyrics don’t have a particular subject in mind, but fun one-liners like “Ayy, when you gon’ stop? Whenever the fat lady sing, I don’t listen to opera” and a catchy 808s bass pattern make it another highlight in DaBaby’s budding discography.

But after this, the album quickly begins to feel like a run-on sentence. Most of the songs struggle to focus on a topic and speak on general braggadocio while not offering much food for thought or even catchy bars. It quickly becomes hard to distinguish one song from the last.

At points, it feels like DaBaby realizes this and tries to insert a whole cast of contemporary features, but unfortunately this frequently harms the record more than it helps. The track “GOSPEL” is reduced to a structural mess as it attempts to cram three features and a DaBaby verse in three and a half minutes, showcasing Gucci Mane and Chance the Rapper nowhere near the top of their game. And the lyrical difference between Lil Baby and Moneybagg Yo versus DaBaby on “TOES” creates an ugly contrast.

Coupled with overly-generic beats and nine mediocre vocal features over six out of seven consecutive tracks, the album quickly becomes an absolute slog.

On the closing track, DaBaby replicates his XXL Freshman verse, one of the standout moments in his career so far. Lines like “We moved back to Charlotte, 1999, I ain’t sayin’ that none of that matter, ‘cause if somebody touch me, then somebody dyin’, why he talkin’ so calm when he say that? How he make ‘em rewind and replay that?” still hit hard, but the delivery is completely off and struggles to differentiate itself from the previous 32 minutes of moderately-generic trap bangers.

Compared to “Baby on Baby,” “KIRK” is an unfortunate disappointment. It makes sense for DaBaby to capitalize on the smash success and hype that he’s built up over the past year, but unfortunately it didn’t translate into a satisfying victory lap here.