‘Girls get assaulted all the time’

The global conversation on rape culture has only scratched the surface 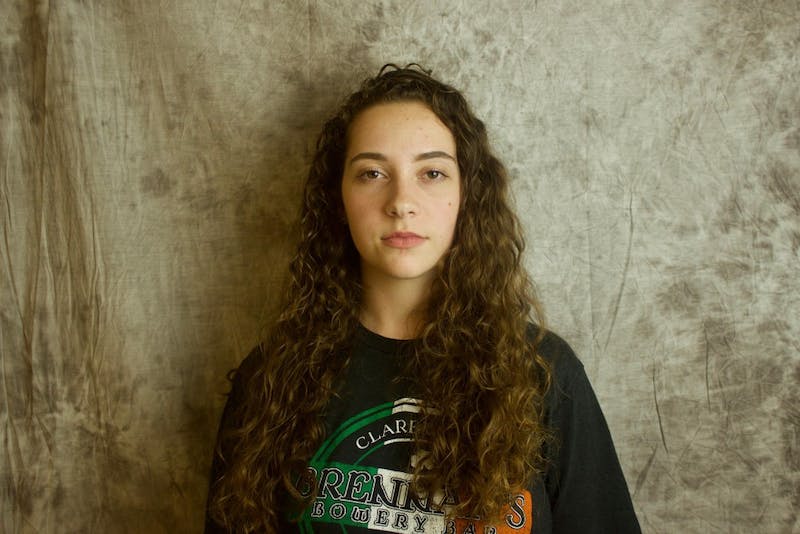 Note: This column contains sensitive content about sexual assault which may be triggering.

Taylor sat in the front seat of her mom’s car, singing her heart out.

The radio wasn’t even playing, she was just genuinely happy.

This was the first time her mother, Leslie Camp, had seen this side of Taylor in months.

Taylor just graduated from Niagara Wheatfield High School, where she cheered for the football and basketball teams for four years.

But she didn’t spend her senior year cutting classes and making memories.

Instead, she was forced to sit through classes every day, knowing that her rapist was just down the hall.

Elias Dowdy was also a senior at NWHS. He played lacrosse and was a star athlete, a starter.

In fact, Dowdy started most of his team’s games, even after he pleaded guilty to raping Taylor.

Taylor was assaulted last summer and has an order of protection against Dowdy. Leslie said her high school’s administrators knew about the order of protection, as well as the court case which was ongoing throughout the school year. Despite knowing this, Leslie said administration did nothing all year to ensure Taylor’s comfort or safety on campus.

The assault and NWHS’ response are both horrific reminders of how far we still have to go to create a society where women –– and all victims –– can feel safe.

Let me preface this discussion by saying that I don’t hate men.

I understand that “not all men” are dangerous, and many are allies and victims themselves.

But I also believe that the patriarchal foundation of our society has systematically permitted male aggression to be swept under the rug while women suffer the consequences.

I’m fed up with Alabama’s abortion laws that force women to carry their rapists’ babies to term.

I’m fed up with everyone who stands by Donald Trump, three years after the release of his “grab ‘em by the p---y” remarks.

And I’m fed up with the constant ridicule and aggression that sexual assault victims face, regardless of whether they report the abuse.

Taylor did choose to report, and she faced a year of torment because of it.

NWHS Principal Michael Mann and Superintendent Daniel Ljiljanich refused to suspend Dowdy or place him in one of the school’s alternate programs to ensure Tayor’s safety. Mann even put Taylor in in-school suspension for a day “so she would feel safe.”

Classmates sent her snapchats of Dowdy with captions like “Your boyfriend” and “How was Eli?”

When Taylor missed a cheer practice to go to the District Attorney’s office for her case, she was forced to sit out the first game of the season. Leslie explained the situation to Taylor’s coach, to which Leslie said the coach responded, “Girls get assaulted all the time, this is nothing new.”

But that’s the exact problem.

Girls get assaulted all the time.

This is nothing new.

And the adults in charge of Taylor’s school –– the place where teenagers spend the majority of their time –– did nothing to stop the daily abuse Taylor faced.

NWHS students staged a walkout in support of Taylor on June 4. Principal Mann suspended the kids involved before expelling Dowdy –– who, at this point, was a convicted rapist and present on school grounds.

So what is it that women need to do for their experiences to be believed and validated?

But at the end of the day, victims’ stories still don’t matter to the men in charge.

The problem at hand is that people lack empathy. And it can be hard to put yourself in the shoes of a rape victim.

But we need to.

We need to understand and try to grasp the life-altering consequences victims of rape face, because sexual crimes are deeper than just being physically hurt.

Sexual crimes come with baggage. They make you feel like your body isn’t your own. They can be alienating, especially when your voice isn’t being heard.

Niagara Wheatfield High School administrators should be ashamed and embarrassed.

Principal Mann’s “administrative leave” should be a permanent termination and Superintendent Ljiljanich should face repercussions for his complacency.

And every student who stood by Dowdy and mocked Taylor needs to reevaluate their moral compass.

We need to do better as students, as a community and as a society.

And Leslie said it better than I ever could.

“We can’t have another Taylor.”

Thank you, Taylor and Leslie, for allowing me to tell your story.

Jacklyn Walters is the managing editor and can be reached at Jacklyn.Walters@ubspectrum.com and @JacklynUBSpec

By BRENTON J. BLANCHET
14 days ago

By JACKLYN WALTERS
14 days ago

By BENJAMIN BLANCHET
14 days ago

By JULIAN ROBERTS-GRMELA
14 days ago