NATO military exercises commence in Norway amid tensions with Russia 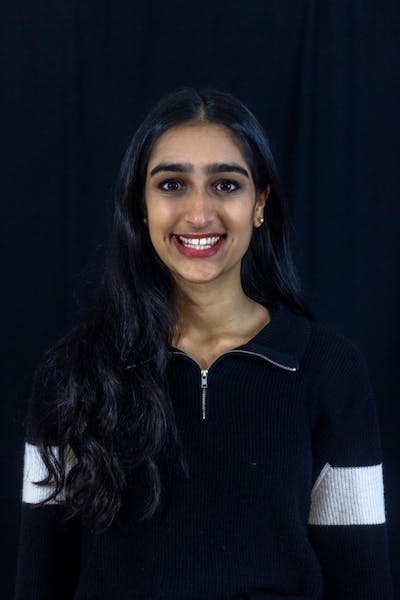 Both exercises are of a magnitude the region hasn’t seen since the ‘80s during the height of Cold War tensions.

TRJE18 lasted through last Wednesday, with a command post-exercise happening next week from Nov. 14 to Nov. 23. Over 30 NATO nations — including hundreds of U.S. Marines — have taken part in the exercise and participants have operated 10,000 vehicles, 250 aircrafts and 65 vessels.

Despite Finland and Sweden not being members of NATO, the exercise will use its nations’ airspaces and waterways, according to the Norwegian armed forces website Forsvaret.

Russia has expressed its displeasure with the exercise. Russian Foreign Ministry Spokesperson Maria Zakharova, for instance, has asserted that the area “must remain a low-tension zone.”

So, the fact that an American aircraft carrier — the USS Harry S. Truman — entered the area’s waters for the first time in nearly three decades definitely increases tensions.

Russia’s recent behavior has continued to frustrate NATO powers. In addition to the annexation of Crimea, Russian forces also entered the Syrian civil war in September 2015.

Russia’s intervention in Syria worked to support the regime of Bashar al-Assad, while U.S. and NATO forces have worked to destabilize the very same government.

Russia has also increased engagement in Africa, namely in Eritrea and the Central African Republic — a place of historic French influence. Tensions further came to a head in April, when NATO Secretary General Jens Stoltenberg made the decision to cut the Russian delegation to NATO from 30 to 20, while expelling seven diplomats from the Russian mission to NATO.

The cuts came as a result of the poisoning of former Russian agent Sergei Skripal and his daughter Yulia this past March, according to Reuters.

Stoltenberg also accused Russia of violating Cold War era treaty for Intermediate-Range Nuclear Forces. The accused violation angered President Donald Trump, who announced in October that the U.S. will terminate the treaty as a result of Russia’s non-compliance.

Given the climate, Russian spokesman Dmitry Peskov deemed the Vostok 2018 necessary for Russia to defend itself in light of an “aggressive and unfriendly” international situation, according to NBC.

Evidently, the “international situation” refers to increasingly isolationist policies NATO members have slapped on Russia in recent years. Moreover, tightening military ties amongst NATO powers in the aftermath of the 2014 Crimea annexation has also increased tensions.

Specifically, Russia has been angered by plans to build a U.S. military base in Poland. Russia believes the move would be a violation of the NATO-Russia Founding Act.

China’s contribution to Vostok 2018 is also a result of the very same “international situation,” with the tit-for-tat trade war China and the U.S. have been embroiled in for the majority of this year.

TRJE18, then, could definitely be viewed as NATO’s answer to Vostok 2018. Although Norwegian authorities have stated multiple times that the exercise is not directed toward any specific country or region, the timing of the exercise — along with the geographical proximity of Norway to Russia — says otherwise.

It is clear that tensions between Russia and NATO have tremendously escalated in the last few years.

Although it’s difficult to point to either side in terms of bearing primary responsibility, it is obvious both sides are renewing Cold War tensions. We should not downplay China’s complacency in the revival of these tensions either.

The Cold War dominated international relations in the late 20th century, and placed the Soviet Union and China on opposing sides. A renewed 21st century Cold War has Russia and China hand-in-hand, ready to combat the U.S.

It is imperative, then, the U.S. publicly reaffirms its unconditional support for the NATO alliance it helped build from the ground up. The U.S. and its NATO allies must stay united in the face of renewed ties between Russia and China.

Instead, President Trump has used every opportunity to question American commitment to the alliance, which he believes doesn’t serve the interest of the United States.

Without the symbiotic relationship between the U.S. and NATO, however, the U.S. will be in a vulnerable position given its tense relations with both Russia and China.

Tanveen Vohra is a staff writer and can be reached at features@ubspectrum.com.