Tree of Life shooting is a wake-up call

Remnants of anti-Semitism in America need to be addressed 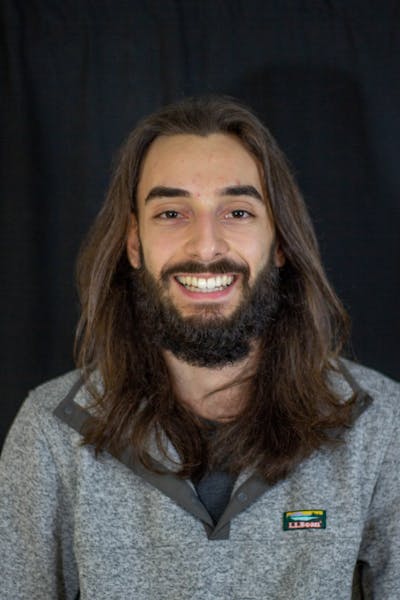 I’ve heard it casually spoken in campus hallways as I walk to class: “Come on bro, don’t Jew me.”

I saw it in my neighborhood last year when an Orchard Park woman found swastikas spray-painted on her van.

Now I see it on a national level, a massacre of 11 people – with six others wounded – at the Tree of Life synagogue by a deluded gunman who said he wanted “all Jews to die.”

Anti-Semitism is – unfortunately – thriving in the United States, Europe and South America. It happens at rallies and marches, in the form of chants, hate crimes and graffiti.

When I was younger, I believed anti-Semitism died with Hitler and the Nazis. I always knew Neo-Nazis and white supremacists lurked in the dark margins of society, but I had always considered them insignificant, a subclass of disgruntled extremists and unhappy people on the fringe.

Now I know they are among us, even here on campus.

And now, those small, off-hand comments or stupid bathroom scrawls no longer seem innocuous or the work of marginal, angry outcasts.

In my lifetime, Jews have lived comfortable lives in the U.S. I never considered that hate crime could pertain to me, an assimilated, not-terribly-religious Jew. It was part of the lives of half-forgotten ancestors I learned about in Hebrew School or from literature and history books. I believed anti-Semitism in Europe was a part of an ugly Germany that once was, not the booming center of the united Europe that currently is.

Over the last few years, anti-Semitism has flared and, stunningly, bigots have started once again flaunting their hate openly, somehow certain they will be welcomed rather than shunned.

Last year in Charlottesville, Va., several hundred white supremacists carrying torches chanted, “Jews will not replace us.” Marchers openly held banners emblazoned with swastikas and shouted slogans like “blood and soil,” a phrase drawn from Nazi ideology. I’ve read about the 1978 Neo-Nazi planned march in Skokie, Ill. – it eventually happened in Chicago. But this was the first time I’d seen anti-Semitism playing out on live TV in a mass form.

Also, in 1978, huge swathes of the population, including journalists and politicians, expressed outrage and questioned the legality of the march. The decision eventually went to the Supreme Court. The point is, civility and politics of inclusion were given in a way I don’t feel they are today.

Sure, there were protests in Charlottesville. But after the rally – in which 32-year-old Heather Heyer died and 19 others were injured – President Donald Trump did not give a speech decrying bigotry and insisting on civil discourse.

Instead, he defended those who gathered to protest the removal of a Robert E. Lee statue and said “I think there is blame on both sides.” He said he’d condemned Neo-Nazis in the past, but argued that not every protestor was a white supremacist or Neo-Nazi.

He didn’t explicitly address the anti-Semitic remarks. He tried to justify what happened.

I also felt for my people and strangely, I felt a part of my people in a way I hadn’t before.

I was indignant and angry.

I was and still am shocked that Jews, who are among the most assimilated minorities in the world, are still the targets of these malicious acts, particularly in the U.S. But statistics show that anti-Semitism has been quietly increasing.

Anti-Semitism showing its face in Buffalo is evidence of these statistics, and that’s not OK.

Growing up, I always thought that Buffalo was a relatively accepting place. There’s a large community of Jews, and a myriad of other ethnicities and religions are represented across the city. Buffalo is supposed to be the city of good neighbors, and hate isn’t welcome here.

Some Democrats and members of the Jewish community argue that President Trump’s harsh rhetoric and embrace of far-right advocates like Breitbart executive chairman Steve Bannon and former Ku Klux Klan leader David Duke has egged these groups on and empowered them to become more vocal and demonstrative.

But others will argue that Trump’s close friendship with Israel and his daughter Ivanka’s conversion to Judaism protects him from charges of anti-Semitism.

I don’t know the answer.

I do know that what happened Saturday evidenced the sort of hatred that has plagued Jewish people for centuries.

As a Jew, even though I’ve been distanced from my religion, the massacre in Pittsburgh broke my heart. It made me feel guilty that I’m not more involved with my faith and reminded me of the struggles my people have endured for centuries.

Before I came to college, I was indifferent toward my Jewish identity. I hadn’t really done anything regarding Judaism since my Bar Mitzvah eight years ago. If someone made a Jew joke, I’d laugh it off and just pretend it didn’t happen instead of defending my religion.

But over the years I’ve realized that if I don’t stand up in those instances, these negative stereotypes and hatred toward Jews will always continue. Through Jewish speakers and events I’ve attended at Hillel, I’ve come to terms with my Jewish identity and have learned to not be such a stranger toward my Jewishness.

These horrible acts have moved something deep inside me and caused me to feel more connected to my people, to my past and to humanity in a way I’ve never felt before.

Monday I did something I probably wouldn’t have done before this tragedy happened. Hillel held a vigil for the Tree of Life victims, and even though I had no connection to any of them, I went and mourned.

I recited texts from the Torah and sang in Hebrew for the first time since my Bar Mitzvah. When everyone started singing the Tree of Life prayer, I was mad at myself that I had forgotten it and that I let myself forget the Hebrew prayers I spent so much of my young life memorizing.

This has been a wake-up call for me. I used to tell myself “there’s no way I’m making my kids go to Hebrew school or go to synagogue,” but now I’m thinking otherwise. It’s more important than ever to embrace my Jewish religion and heritage and pass these teachings on to the next generation.

I’m not going to stand in the background and watch these hateful acts happen anymore. If someone says something hateful, I’ll speak up. When Hillel hosts Friday night or holiday services, I think I’ll actually go.

I feel uneasy that I’ve been neglecting my Jewishness for so long. Eleven innocent Jews died Saturday. I feel it’s my duty to speak up against anti-Semitism and hatred toward Jews to make sure tragedies like this never happen again.

Max Kalnitz is the senior news editor and can be reached at max.kalnitz@ubspectrum.com and on Twitter @Max_Kalnitz.

By ISABELLA FORTUNATO
65 days ago

By REILLY MULLEN
65 days ago