Marshall, this ain’t it

Eminem becomes everything he hates on latest release 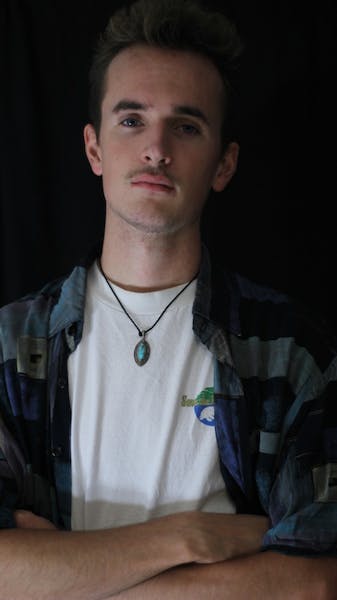 Eminem, the character, is a rap golden boy.

Slim Shady, B-Rabbit, I could go on and on. The Detroit rapper is impressive when he gets into one element, when he plays with wit and wholeheartedly embraces himself in everything from violent to vulgar archetypes.

His characters are homophobic, misogynistic, misogynoir, otherist and so on. Sadly, this sells and at his core, this makes Eminem, Eminem –– one of the most successful artists in his craft.

But sometimes, the greatest rappers fail, they get old and become a musical equivalent to a wind-up toy. They stick to the precedent, what worked before. As a result, their music becomes a bore.

This is Eminem today, fresh off his surprise album “Kamikaze” that looks to pander to the narrow minded rap fan, the fan who throws a penny in a musical well and wishes to go back to the “good old days.”

“Kamikaze” plays as a response to his 2017 album, “Revival,” where he conjures up a thoughtless attempt at a lambaste of the Trump administration. Less than a year ago, I wrote about the importance of Eminem’s Trump administration diss at the BET Hip-Hop Awards. The diss set the internet aflame before the release of “Revival.”

In an effort to not contradict myself, I still stand by most of my column. Eminem delivered an oppositional message to a fanbase of mostly white people who must hear about the lived experience of racism in America. But after his last two albums, I can see this message, as good-natured as it may appear in aesthetic, is nothing but a faulty catalyst for “difficult conversations” in racial and social discourse.

And a number of other people alley-oop’d his album into the trash, too, as the rapper half-assedly performed sociopolitical analysis over uninspired rap rock beats. Sugar Ray could have done a contemporary version of “Holiday In Cambodia” better than the wretched musical realms unearthed by Eminem.

This is the problem with Eminem. If Eminem wanted to get real, he could have gotten real.

So, in response to criticism of his mismanaged political takes, Eminem bites into a cookie the Trump administration loves to chew –– bashing the media.

“A journalist can get a mouthful of flesh and yes, I mean eating a penis,” the rapper exquisitely examines on the album’s opening track “The Ringer.” “'Cause they been pannin' my album to death so I been giving the media fingers,” Eminem continues.

In the most Trumpian manner, Eminem is insecure with his profile in the media. Perhaps this was his purpose in creating “Revival,” to win over the liberal media on a wave of superficial “Donald Trump is bad”-isms. But when that doesn’t work out, the 45-year-old rapper blames the media for his mistakes rather than letting his legendary status veil his shoddy records as it has for the past decade.

Now, as content weakens for Eminem, he goes after today’s “mumble rap.” He thus joins minds with his fans looking for “real rap.”

These are the same fans who think of rapper Joyner Lucas as a critical race theorist or Token as someone “you have to get into” when his rapidfire flow disrupts any coherent message. These are the rappers who are problematic, not Migos, Lil Yachty, or Playboi Carti.

Eminem decides to blast a number of these trap rappers on his new album, a move that is sure to pull the heartstrings of “old school” hip-hop fans. But the criticism, like his political takes on “Revival,” are lazy.

He dislikes Lil Xan and Lil Pump who he can’t understand through their songs. At the same time, Eminem’s fast flows throughout “Kamikaze” taint any understanding of his lyrics for the listener.

He dislikes Lil Yachty, because his music is simply not his thing. He infers Tyler, The Creator is a “f----t,” despite Eminem being an obvious inspiration for the once-horrorcore rapper.

When Eminem doesn’t like something, it’s OK, but when music journalists or rappers hammer down on him, he swiftly attacks them.

Eminem then becomes, in a way, everything he thinks he’s the antithesis to — President Donald J. Trump. He bullies those that go against his movement, attacks the free press and creates an exclusive space for him and his fans.

If Eminem wants to be a legend, he should understand his childlike feelings toward criticism and his elitist views on today’s rap are rubbing most fans the wrong way.

Sure, Eminem mastered the game back in the day but it’s only a matter of time before he finds a new gripe. If the rapper wants the critics and modern rap on his side, the “Real Slim Shady” is going to have to stand up, again.