In Josh Allen we trust

Why I have faith in the Bills’ rookie QB 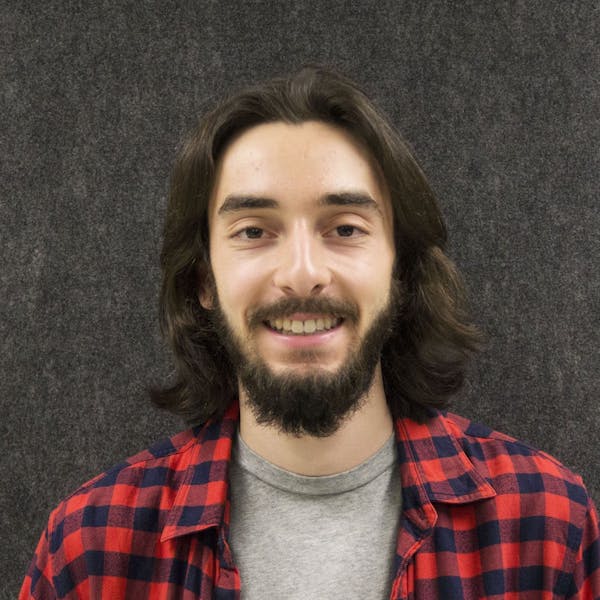 It’s a tough job being a Bills fan.

We’ve had seven coaches in the last nine years, failed to make the playoffs for 17 and invested in numerous failed “franchise” quarterbacks.

After Tyrod Taylor led the Bills to its first playoff berth since 1999 last season, many fans, like myself, thought we finally found our guy. He had a decent pass completion rating, he had a great set of legs and was well liked by teammates and Buffalonians alike. With him at the helm, fresh off of our best season in nearly two decades, I was gearing up for another exciting year of Bills football.

But then the offseason came.

In January, the surprise retirement of center Eric Woods left a hole in our offensive line. The forced retirement of guard Richie Incognito a few months later left another pair of big shoes to be filled.

Then in March we traded Taylor to the Cleveland Browns. What a slap in the face! We finally found a QB that got us into the postseason and we traded him to the worst team in the league. Are you kidding me?

We were left with two options for QB: Nathan Peterman, who in his first NFL game threw five interceptions in the first half –– lol nah –– and AJ McCarron, who won three national championships with Alabama but failed to make his mark in Cincinnati.

McCarron would’ve made an OK QB until we found someone better. And that’s exactly what we did.

The Bills drafted Josh Allen from the University of Wyoming as the seventh overall pick during the NFL Draft in April.

Our prayers had been answered! We FINALLY drafted a quarterback in the first round. He’s tall, athletic, has a cannon for an arm and had experience playing in the kind of deep snow we get in Buffalo towards the end of the season ­­–– peep last year’s “Snow Bowl” game.

Training camp and preseason came and went, and Allen proved a worthy contender for the starting position. But when week one came around, we traded McCarron to the Raiders and started … PETERMAN?

Coach Sean McDermott wanted to give the kid another chance and let Allen develop for a few more weeks before giving him a chance at starter. I get it, everyone deserves a second chance, but after another s––––y performance in our 47-3 season-opening loss against the Baltimore Ravens (our worst Week 1 loss in franchise history) Allen got the job as starter.

Our second game against the Los Angeles Chargers went a little bit better. Allen had some decent plays and led us on more scoring drives than in our first game, but we still lost 31-20.

With an 0-2 start to the year, Bills fans were already writing off Allen and our season. NFL analysts, local journalists and fans all started saying that it’s a rebuilding year and that we should be prepared for a rough season.

With week three approaching and the thought of having to play the juggernaut Minnesota Vikings –– at their stadium –– we were all ready to etch in that L and accept that we’d be 0-3. A blowout was on the way.

But then it happened.

Fans saw a blowout Sunday, just not the kind we expected.

Josh Allen and our Bills slaughtered the Vikings 27-6. Allen had an insane game, scoring 27 points in the first half and making one of the week’s most talked about plays around the NFL.

In the second quarter during a third-down play at midfield, Allen couldn’t find an open receiver and ran for it. With Vikings linebacker Anthony Barr coming in for the tackle, Allen hurdled straight over him and secured the first-down.

Our boy just jumped over one of the best linebackers in the league, looking more like Jumpman on the court than a rookie QB. The kid has HOPS.

Not only does he play well, he carries himself very professionally. After the game, Allen sounded like a pro handling the media. He wasn’t cocky –– look how Fitzpatrick ended up after his stunt last week –– and he didn’t brag. No, he was humble.

Allen is a class-act player who’s proud to be playing in Buffalo. After an arduous first two weeks, Allen dropped his rookie jitters and showed up. What started off as a lost season now has potential, and it's largely thanks to Allen.

Don’t get me wrong, our defense killed it Sunday and is equally deserving of praise. But any Buffalo fan can tell this is the start of something good.

I was talking with my mom after the game and she reminisced about the Jim Kelly-era Bills. Kelly’s first two seasons were rough, but the team and city stuck with him and look how he turned out.

My mom is a Bills-maniac. She’s never missed a game. Some of my earliest childhood memories are hanging with mom Sunday afternoons and watching the Bills (probably lose). Like every Bills fan, at the start of every year she says “This is it, we’re going back to the Super Bowl!” But she’s got a good sense of when the team’s good and when it’s bad. Buckle up Allen, momma’s got high expectations.

I’m excited to see Allen grow over this season and see what the future holds for the Bills. It’s not going to be easy: there are still a lot of areas that need improvement and by no means are we truly ready for the post-season. Truth be told, even with Aaron Rodgers as a maybe for Sunday’s game, The Packers still might stomp all over us.

But we can get there.

With Allen in charge, I expect big things. Buffalo’s waited a long time for a quarterback like this, and I expect we won’t be disappointed.

Max Kalnitz is the senior news editor and can be reached at max.kalnitz@ubspectrum.com