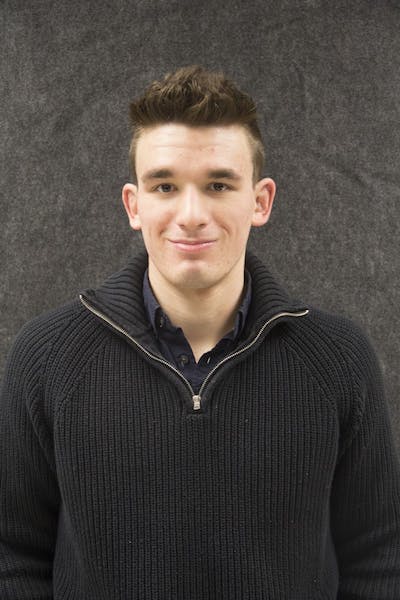 Rather, banter and daily doses of insanity have run rampant throughout the White House. This has become the new normal, with President Donald Trump taking to Twitter on a daily basis to voice objections to anyone, and anything, he sees fit.

The problem is that Trump’s opinions, mindsets and fits of rage change both topic and targets from moment to moment, let alone day to day. When The New York Times published an anonymous op-ed on Wednesday written by a senior official in the Trump administration, Trump unleashed perhaps his most ill-tempered rant. He operates on a level of mental simplicity that his words give way to reveal his true arguments and fears –– much like a used car salesman working on the next scam.

When the truth emerges, all bets are off for Trump.

His temperament towards the media has never been one of comprehension or normalcy. I’d be shocked if Trump even read the full New York Times op-ed taking aim at the administration.

Trump gave an incendiary response when The New York Times published the piece, asserting on Twitter that “if the GUTLESS anonymous person does indeed exist, The Times must, for National Security purposes, turn him/her over to government at once!”

Trump’s words echo sentiments long gone over. His distaste towards the media at large borders on fascism, whether people believe it or not. Insulting, rather degrading, the body of media outlets in the United States has become so synonymous with Trump that he makes Richard Nixon look like a reasonable man.

The New York Times has performed a civic duty by publishing the piece, much like its actions 40 years earlier with the publication of the Pentagon Papers. Without strong and willing media outlets, the United States is susceptible to the unabashed whims of Trump, who has shown no concern or consideration of reality. By publishing the op-ed, The Times has hit Trump where it hurts: his ego.

Speaking out against Trump, to Trump himself, is an act of treason no matter how well thought out, factual or simply logical the statement. Proposing that senior officials within the White House are secretly working to stroke the President’s ego while blocking his more damaging tendencies is a catastrophic blow to Trump.

One must examine the op-ed with diligent eyes and a thoroughly informed mind. Early in the piece, the author asserts that he or she wants “the administration to succeed and think that many of its policies have made America safer and more prosperous.”

The author writes that “meetings with him veer off topic and off the rails, he engages in in repetitive rants, and his impulsiveness results in half-baked, ill-informed and occasionally reckless decisions that have to be walked back.” This, ladies and gentlemen, is our current president of the United States. A man with no political experience, knowledge, nor care for the people he governs.

Read, share and repeat. But doing so alone is nowhere near enough. It’s one thing to voice outrage and anger towards the current administration in Washington. Doing nothing and simply arguing that “voting doesn’t matter” makes you as guilty as Trump himself. Voting matters. The midterm elections matter. Presidential elections are only a quarter of the battle. Voting for a secure House and Senate is where the real progress is made.

Brian Evans is the senior arts editor and can be reached at Brian.Evans@ubspectrum.com and on Twitter @BrianEvansSpec