My Dr. Pepper vending machine victory is a victory for all students 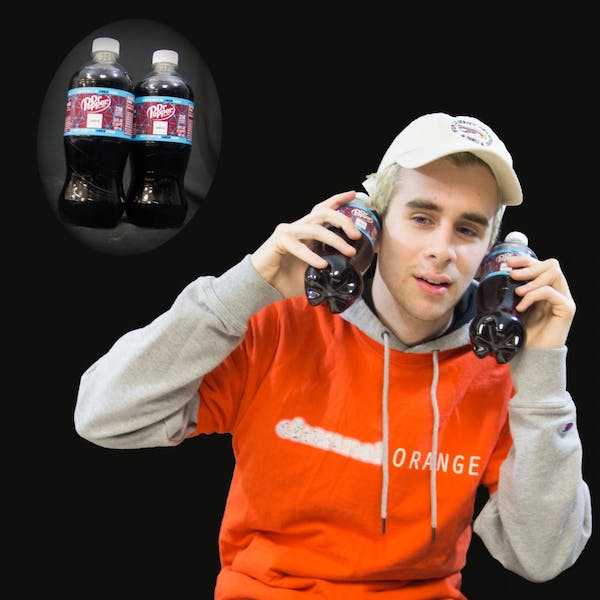 I never thought I’d be writing this.

For too long – maybe like three weeks – I’ve been holding this secret in. I think it’s time to expose my truth; the one thing that’s been killing me inside.

I know what you may be thinking and the answer is no, I’m not romantically involved with a vending machine. But we do have a bond that can’t be broken. It means more to me than any other beverage-selling machine that steals $2 from you every time your poor soul swipes your UB card.

You heard it here first, folks. The Spectrum just broke the biggest news it’s ever laid its paws on.

There is a vending machine on this campus that distributes two, exquisite, 20-fluid-ounce bottles of Dr. Pepper for the price of one. That’s right. For the grand total of $2, you can enjoy 40 fluid ounces of soda pop straight from the Pepsi product heavens.

It’s a goldmine of a deal, especially on this campus where beverages sell for nearly twice as much as their market value. The day I discovered this special deal was one of my greatest days on UB territory.

Before spring break, my brother and I had a conversation. I don’t know how it came up or why it came up, but I’m forever grateful that it did. He told me that his friend knew of this wonderful vending machine, one that supplied immense joy and beverages to any student who dared try it. At that moment, I knew what we had to do.

We began our journey. We traveled 10 minutes to this glorious machine, and did just as urban legend suggested.

As the eager, hyperactive soda lover that I am, I pressed my luck at Mountain Dew.

I pushed the button, hoping that two lovely bottles of refreshing green beverage would fall. But I was naive.

My heart broke when I realized the faulty vending machine didn’t account for Mountain Dew, but I didn’t let that defeat me. I tried my luck at Dr. Pepper. I heard the first one fall. No surprise there.

But then it happened. I heard the second clunk. I was now the owner of two 20-fluid-ounce bottles of Dr. Pepper — the third-best Pepsi product of all time –– and I couldn’t believe it. I pulled both bottles out of the bottom of the machine, stared at them in disbelief and went on my way.

It’s not like I was getting a deal though. If anything, I was just paying the average price for a bottle of Dr. Pepper thanks to our jacked up prices on campus. But the Dr. Pepper itself wasn’t the only thing I took home with me that night.

At the time, Pepsi was doing a promotion with Uber where a customer could buy two Dr. Peppers and get $5 off ten different Uber rides. Not only did I get to enjoy the beverages, but I used the additional deal to score a $2 ride from South to North Campus. And I have nine Uber rides left.

But none of that matters. The soda is just soda and the car ride was just a car ride. What truly matters is the fact that I won this time.

For too long, UB has robbed my wallet of any joy and thrown away any unused meal swipes from my tiny sophomore hands.

This isn’t just a victory for me. This is a victory for students everywhere. Even though I refuse to give out the identity of this beautiful vending machine for legal reasons, I want all of my readers to know that this one is for you.

Not really, because both the Dr. Peppers are literally for me, but I was thinking about you all in the process.

Brenton Blanchet is the senior arts editor and can be reached at brenton.blanchet@ubspectrum.com and @BrentBlanchSpec.