A Korean-American's first trip to Korea

Why it's important to trace back your roots 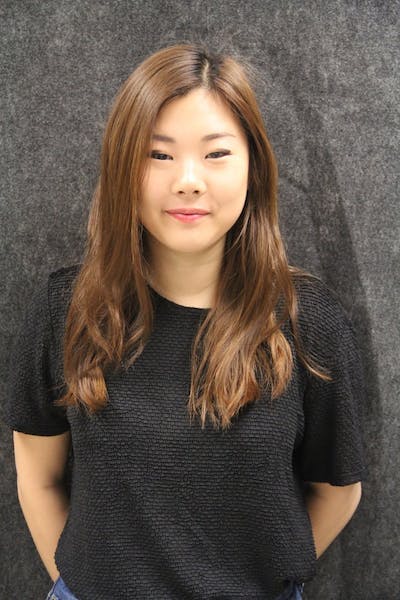 Paying a visit to my roots is something I’ve wished for my whole life. I always daydreamed about experiencing the culture my ancestors were brought up in.

As a first generation Korean-American, the trip gave me a sense of pride that couldn’t be broken. Growing up in a predominately white neighborhood, I loved the fact we were one of the few families who added diversity to our community. The only slight discouragement was that I was a bit detached from Korean culture.

After transferring to UB, I was surprised by the number of Koreans I saw. They dressed in Korea’s latest fashion trends, spoke the language and hung out with fellow Koreans.

How did I compare to them? In that moment, I realized something groundbreaking: I wasn’t as “Korean” as I thought.

Initially, my study abroad choices were to visit either Berlin or London. After applying, I remember walking out of the Study Abroad office and passing an ad for Korea University in Seoul. I feel like everything happens for a reason, and I felt as if the universe was calling me to go there.

I arrived in my motherland after a month of preparing. I was visiting my native country where generations of my family had lived. I was going to have the opportunity to fully immerse myself into this culture I called my own.

Like most experiences abroad, I remember going through pretty intense culture shock because I was only used to Korean-American food. I only knew American etiquette, and I was brought up with American traditions and values.

It was difficult to tell if I was really enjoying being there at first. The outspoken and self-assured person I thought I was curled up into a shell.

One of the most terrifying feelings is going to a country where you don’t understand the language. You don’t know anyone or how to do anything. Overcoming this barrier was crucial to having a good experience.

Walking around campus and in my classes, I was lucky enough to befriend other UB students who were also studying there. We came to realize all of us were experiencing the same, nerve-wracking feeling. It was ironic how we were comforted by one another’s discomfort.

About a week later, we eventually began to find our sense of belonging. Fear drove us away from trying new things. Realizing this was the first step in truly enjoying our time in this foreign country. After all, when does the average person get the chance to travel to Asia?

As time went on, we spoke the little Korean we knew with confidence, met other foreigners who could relate and even got drunk with the local students.

We started exploring historical villages, being more open to more choices on the menu and building up the courage to talk to locals. We even found ourselves starting to dress like everyone else.

I slowly noticed that as we became more open-minded to the culture, the culture reciprocated that energy back to us. Turns out, Koreans love Americans.

One night in our college town called Anam, a group of native Koreans walked up to us asking us for pictures.

“But you’re Americans! We are so happy to meet you,” they said.

So, we posed like models for the photos, ended up eating at Korean barbecue with them and drank soju until five in the morning.

They explained to us that in Korea, the younger generations adore our western culture and how they rarely have the chance to meet people from other countries because of Koreans’ timid and respectful nature.

It was crazy to think how I was raised so differently from these people, but our families come from the same place and share the same values.

Fast-forward four weeks later and I was in tears because I didn’t want to leave. I experienced a new kind of love I never knew existed: a love for my family, my heritage and my newfound sense of identity.

This trip wasn’t just about learning Korean culture. It was about broadening my horizons, taking risks and triumphing over life’s obstacles.

Senochi Kang is a staff writer and can be reached at features@ubspectrum.com.