Time for a change

Americans and their obsession with guns 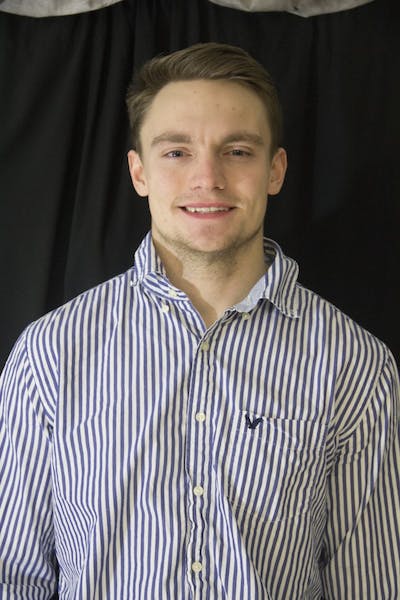 Nobody should feel unsafe going to school.

Seventeen people were killed by a gunman on Wednesday in Parkland, Florida. As of Feb. 14 there have been 30 mass shootings in the U.S. alone, according to the Gun Violence Archive.

This has to end.

Wednesday’s shooting was the deadliest in a school since 26 students and faculty died at Sandy Hook Elementary in 2012.

The U.S. has allowed more mass shootings to happen than any other country in the world.

In kindergarten, I remember my teachers and parents discussing the 1999 Columbine mass shooting with me and going over the safety precautions I needed to take if something like that were ever to happen at my school.

Now, a mass shooting that shocked the country is no longer in the top 10 deadliest mass shootings in the U.S.

In fifth grade, I watched the news coverage of the Virginia Tech mass shooting that took away 32 innocent lives. I remember the palpable fear after that shooting, but nothing was done about it.

I have always a proponent of stricter gun control and more thorough background checks. Buying a gun should not be an easy process.

Civilians shouldn’t be able to purchase assault rifles because they are militarized weapons that serve no purpose other than killing human beings.

Rates of gun deaths in the U.S are far greater than in the rest of the world, as America has the 31st highest rate. That’s 3.85 deaths due to gun violence per 100,000 people in 2016 according to Institute for Health Metrics and Evaluation.

Forty percent of Americans say they own a gun or live in a household with one, according to a 2017 survey by the Pew Research Center. There were more than 11,000 deaths as a result of murder or manslaughter involving a firearm in 2016, according to the FBI.

On Feb. 15, President Donald Trump tweeted there are “so many signs that the Florida shooter was mentally disturbed” and that citizens “must always report such instances to authorities.”

Despite apparent concerns about the mental health of the shooter, in February 2017, Trump repealed an Obama-era regulation that would have made it easier to block the sale of firearms to people with certain mental illnesses.

The contradiction here is Trump has not admitted he made a mistake by repealing this regulation and has made no progress towards re-instating it.

Cruz cleared an instant background check because he had no criminal record according to the FBI criminal database. Federal law allows people 18 and older to legally purchase long guns, including AR-15 rifles.

I am not anti-gun and I do not believe that all guns should be banned from the country, but 17 lives could have been saved if we had better background checks and safer gun laws.

Yet nobody in Congress or the government has made an effort to make a change because Americans love their guns. They are strong advocates for the Second Amendment, which was enacted in 1791 and gives citizens their right to bear arms.

On June 12, 2016, Omar Mateen opened fire inside Pulse, a gay nightclub in Orlando, Florida killing 49 people and injuring more than 50. This was the deadliest mass shooting in U.S. history.

One year later, on Oct. 1 2017, Stephen Paddock killed 58 people in Las Vegas and injured almost 500. This replaced the Orlando shooting as the deadliest in our country’s history.

Four months later, here we are having the same discussion concerning gun regulations and how we are going to fix this problem in America.

Although we are debating what can be done to solve this issue, it is just a matter of time before another mass shooting breaks out and we say “our thoughts and prayers” for those who will be missed.

Words are no longer enough; action needs to be taken.


Erik Tingue is an assistant features editor and can be reached at erik.tingue@ubspectrum.com.

By BRENTON J. BLANCHET
59 days ago

By JACKLYN WALTERS
59 days ago