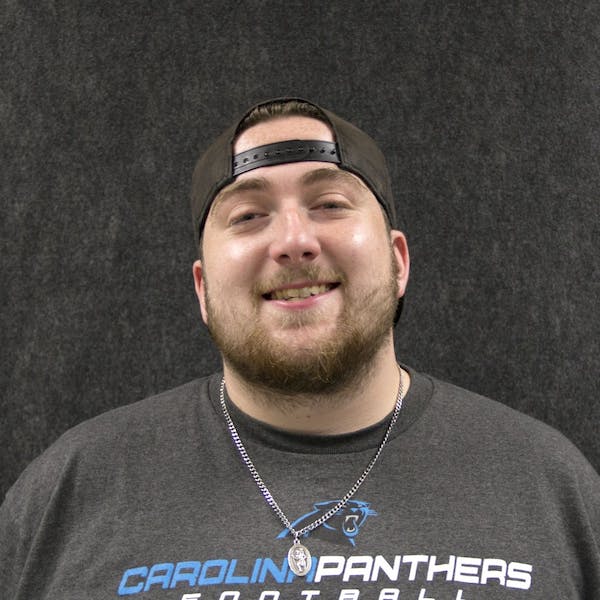 I came out as a bisexual man in this newspaper just over a year ago. In that time, I have never once been made to feel bad about it by family, friends or any organization. I’ve heard things that were discouraging, but none of it was enough to bother me. Until the other day.

With the Red Cross on campus collecting blood donations, I was just getting on an elevator when I was joined by a Red Cross volunteer. She cheerfully asked my fellow elevator riders and me to come by and donate. I thought it sounded like a great idea and said I would come by after class.

But while I was in class, something hit me. Bisexual and gay men aren’t allowed to donate blood. At least not for 12 months after being with another man.

But that’s not true. My blood would help someone in need just as much as any other donor. My blood’s not dirty, and I don't have any disease that makes it dangerous to a recipient. In a world where volunteers are constantly trying to get people to donate blood, I should be able to donate and help out a person in need.

It’s important to note this isn’t just the Red Cross. This is based on standards set by the FDA. I will give the FDA some credit for even getting to a 12-month ban from the previous lifetime ban on men who have sex with other men, or MSM as listed on the Red Cross website.

But this is still unfair. The average sexually active adult is having sex more often than every 12 months, and to penalize gay men for that is wrong. That’s nine months longer than it takes for an infection to be detectable. According to aidsinfo.nih.gov, antibody tests will detect an infection in 3 to 12 weeks from exposure.

To contextualize the argument and be fair to the FDA, its idea that gay and bisexual males present a higher risk of infected blood has stats to back it up. Gay and bisexual men make up fewer than three percent of the population, but accounted for 70 percent of new HIV infections in 2014, according to the CDC.

That is an alarming number and extremely problematic. It’s hard to treat policies centered on those numbers as homophobic because in the end, blood donation is about the health of the recipient and not the feelings of the donor. Instead of being offended, this number needs to be seen as a call to action on the part of gay and bisexual men to take control of their sexual health.

But what needs to be remembered is that it doesn’t mean organizations can just use blanket statements condemning all people of a certain demographic. The reality is no matter who donates the blood, it needs to and will all be tested for things like HIV before it gets used in transfusions.

We’re on a college campus and plenty of people are practicing poor sexual safety habits. Students are having unprotected sex with people they barely know and are putting themselves at risk of HIV, or other infections. The FDA doesn’t ban any of them from donating because it knows the blood will be tested anyway. So does that mean the FDA expects so much gay blood to be infected that it’s not even worth drawing it to begin with?

Because of the startling numbers, I can understand a ban of three months from the last time a man had anonymous sex with another man, but I believe if the sex is within a relationship, not allowing them to donate borders on homophobic.

I know I am no medical expert and I don’t know all the facts of how transfusions work, but I do know that there’s a lot more blood needed than what is currently being donated. I implore those who are medical experts to figure out a way to make it safe for everyone to be able to add gay and bisexual men to the list of acceptable donors.

No family or medical professional should ever have to watch someone die because they couldn’t get enough blood, especially when there is someone out there with a matching blood type and a desire to donate.

Daniel Petruccelli is the sports editor and can be reached at daniel.petruccelli@ubspectrum.com