10 years in the making

My experience with Apple’s iPhone X 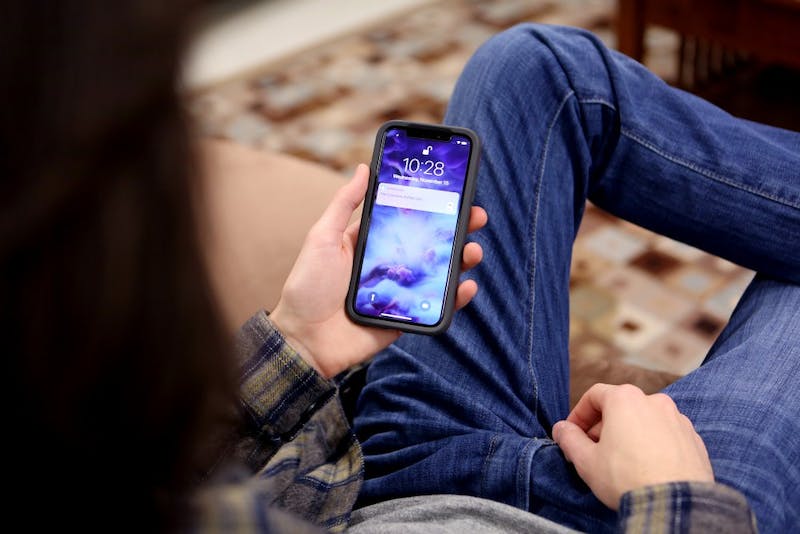 Two weeks ago, I eagerly woke up at 3:00 a.m. along with thousands of other people around the world to order what Apple is calling “the future.”

When Apple released the first iPhone 10 years ago, it revolutionized the cellphone industry. The original handset played a large role in the development of the tech industry and has influenced how we communicate today.

But recently, it seems that Apple has fallen short of keeping up with competing Android phones that have found a way to include gimmicky – but useful – features in their devices.

Apple has a loyal customer base, so ultimately, this hasn’t negatively affected the company or the iPhone’s image, but it’s clear that Apple has finally listened to its customers and finally delivered some of the features that Android devices have had for years.

After using the phone for roughly 14 days, here are my thoughts about Apple’s newest device:

The X’s large, vivid display features a 5.8-inch, Super AMOLED display that can represent 16 million colors. Admittedly, the notch at the top of the screen takes some getting used to, but after a while using the “ears” on either side become practical and in some cases more convenient than former devices.

Viewing content is at its peak on the X, pictures and videos form to fill the screen and look crystal clear.

Despite the phone’s shorter body – 0.6 inches to be precise – the screen is actually 0.3 inches larger than the iPhone 8 Plus, giving users the most screen space ever.

Apple continues to prevail in offering some of the best photography tools in the hand-held market. After taking numerous different styles of pictures and videos, I can say without a doubt that the cameras on the iPhone X are its best features.

The X features two rear-facing 12-megapixel cameras that can be used to create high quality portrait photos that look like they were shot on a professional camera. The phone allows 4K recording at up to 60 fps and slow motion at up to 240 fps in super HD quality.

The front facing seven-megapixel camera has come a long way from its predecessors. The camera now includes portrait mode and Apple’s new “TrueDepth” technology, which arguably offers the best selfies on any mobile device.

Apple has been playing catch up by including some more practical features in the phone’s operating system. Some of the minor changes to iOS have brought useful features for users to enjoy.

The tap to wake the screen is extremely useful when you don’t want to unlock your phone but just want to get a quick peak at your notifications.

Wireless charging is another useful feature that Android phones have had for years. Apple finally decided to incorporate it into their phones after doing so with the Apple Watch in 2015.

It’s a very useful feature, but it still needs some smoothing out to be up to Apple’s typically high standards. You need to place your phone in a specific way on the mat or else it won’t recognize the phone. If you’re feeling lazy and place your phone on a whim, you might be disappointed to find that your phone hasn’t charged at all.

When I bought the iPhone 7, I missed the headphone jack. Ultimately, I learned to plan when I charged my phone and listened to music so that I never had an issue with using the phone’s single port.

Now, I miss the home button, sometimes. The universal bar at the bottom of the X’s screen takes some getting used to. I think that it’s proven to be quick and useful, but I often find myself mindlessly tapping the screen where the home button used to be in an attempt to close an app or multitask.

I think this feature just takes some getting used to and in its absence, users have a beautiful screen and an intelligent OS with many new features. For the average user though, all of these extra button assignments and commands need too much memorization to be useful most of the time. At some point, Apple is going to remove too many key features that make the iPhone’s interface easy and enjoyable to use.

I feel like I traveled back in time to 2011 and bought the iPhone 4S featuring it’s famous easy-to-break glass back. While I think the glass back is a nice touch to the X’s overall haute design, it’s a step backwards for the advancement of the phone.

This time, if you drop your phone and crack the screen, it’ll cost you $279 to repair a broken front screen––$29 if you have AppleCare, which tacks on an addition $199. If you don’t invest in a case and break the glass back, it’ll cost you $549 to repair the damage––or $99 with AppleCare.

The iPhone X is one of, if not the best smartphones currently on the market, but not everyone can drop over $1,000 on a new phone. With Apple Care (which you’ll need), a screen protector and case, the device will cost you between $1,250-$1,550 depending on capacity and the price of your accessories.

For students with tuition, books and rent to think about, buying the phone seems unrealistic. Even if you decide to use a monthly plan, you’ll be paying an additional $49-$56 every month.

The X is a beautiful device worthy of its high price tag. If you can afford the device I highly recommend it, but if a new phone isn’t a necessity, consider holding off until the price drops.

Max Kalnitz is the senior features editor and can be reached at max.kalnitz@ubspectrum.com