Addressing the person who pretended to be me for three years 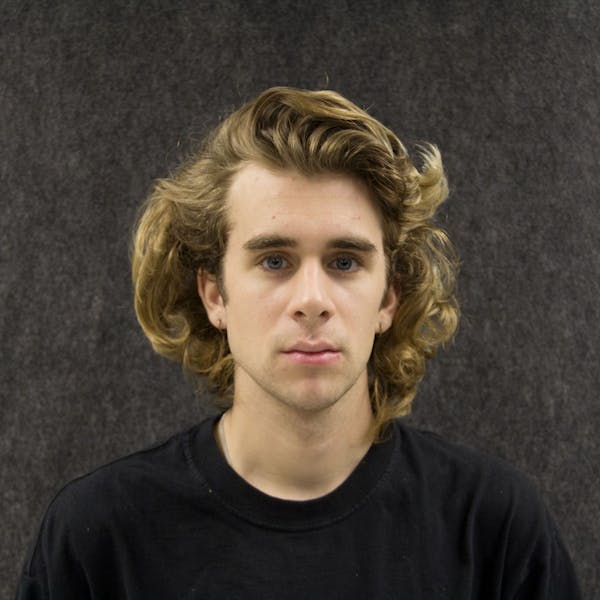 Someday I’ll be the guy who opens up his wallet and shares photos with friends.

Whether I have a wife, kids or even just a dog, I’m sure I’ll be proud enough to brag to those close to me.

Uploading photos to social media is like opening up your wallet to friends, except your wallet is a phone and your friends are pretty much everybody.

And there’s a point when “everybody” becomes too many people.

In August 2014, I was hanging out at my friend’s house. It was an average overnight visit. My friends and I created some pretty memorable Vines; the type that would only be funny to overtired teens singing selections from Disney films. But the rest of the visit became memorable for all the wrong reasons and lasted way longer than six seconds.

I checked my Twitter notifications and saw something alarming.

A Twitter user with the handle @zacf*ckoff quickly followed and unfollowed me on the app. This user was using a photo of me as their avatar and essentially posing as me.

They were using me as a “catfish” tool and I didn’t have Nev from "Catfish" to back me up.

The culprit went into cyber hiding after my friends and I addressed the problem. I didn’t hear from the catfish since.

I was finishing up some studying at 1 a.m. and was ready to call it a night when I got a message from a stranger.

I opened Facebook to check out Zachary’s account and, oddly enough, nothing came up. The user blocked me from viewing their account completely, so I used my roommate’s computer to get a glimpse of the user’s antics.

My roommates and I stared at three years of my photos – all on this public account.

There were pictures of my friends and I, my former girlfriend and I and creepiest of all – Zachary posted a collage of me, with a photo from every month of 2014, each labeled with their respective month.

This was the moment that I realized I had a relentless stalker.

The Facebook user not only stole my identity, but they’ve been using it since I was 16-years-old.

Once I saw this profile, I couldn’t help but feel violated. Everything that I’ve done, all of the places I’ve been and all of my accomplishments have been twisted for the enjoyment of somebody else.

The strangest part about the situation is that Zachary shared his own thoughts, too. They commented on social movements and even posted life stories.

There was one post about Zachary’s daughter buying toys at the store that really made me feel uncomfortable.

Either Zachary has a daughter or invented a fictitious character to gain some sort of sympathy and attention from others. Either way, I don’t want my face associated with anyone’s life.

This is a person who not only stole my identity, but also created an internet persona for it. They had a “daughter,” a “girlfriend” and 12,000 followers.

There’s 12,000 people in this world who would look at me and associate my face with someone else’s opinions.

After freaking out for a few days, I took the right precautions.

I contacted Nev from “Catfish,” thanks to the advice of some fellow editors at The Spectrum.

I’m still upset that the fake me gained an audience through egocentric posts, profanity and an overall negative persona. This character couldn’t be anything further from me, so it’s alarming to think that someone out there would associate those traits with my appearance.

Even the girl who warned me about Zachary asked if I was “really me.”

Well, I am me. And instead of using this column as an outlet to just oust a fraudulent Facebook profile, I feel like there’s more to address in this situation.

Social media can be a dangerous place. There’s people out there who have access to our information and have no problem using it for their benefit.

I’ve watched the “Catfish” TV show before. I know very well that these online identity-snatchers may be unhappy with their own lives, so much so that they hide behind a mask.

That being said, it’s important to appreciate those who play a role in our actual lives and spread more kindness.

Being kind to others isn’t going to prevent these situations every time, but if we can help others feel a little more confident with themselves, that addresses a much bigger problem.

Zachary, if you’re reading this and if that’s your actual name, I’m not mad at you. I just hope you can be at peace with who you are.

And as a side note: for those of you stealing people’s pictures on the internet, please consider the actual person when choosing photos. I shouldn’t have to look back at unflattering photos. I deleted them for a reason. Some things need to stay in 2014.

Brenton Blanchet is the assistant arts editor and can be reached at brenton.blanchet@ubspectrum.com