Tripathi should continue the DACA conversation 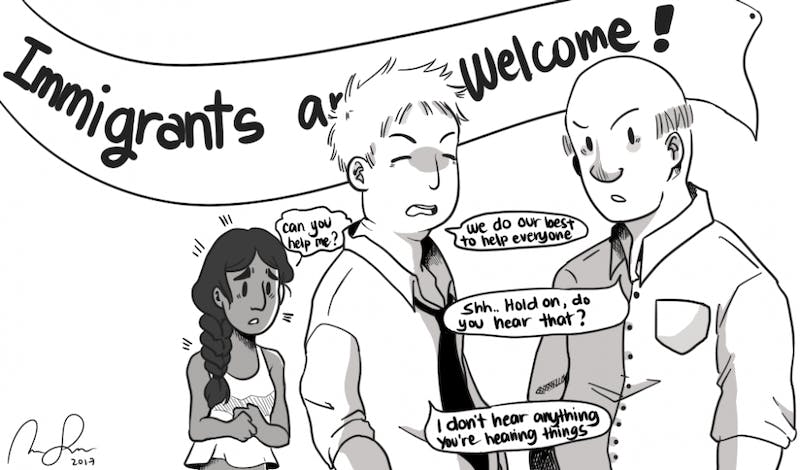 The DREAM Act (Development, Relief and Education for Alien Minors Act) is a proposed legislation which would first grant conditional residency and, upon meeting further qualifications, permanent residency for undocumented immigrants who arrived in the U.S. as children.

The DREAM Act differs from DACA (Deferred Action for Childhood Arrivals) in that it offers a path to permanent residency, whereas DACA recipients have to periodically renew their DACA and at some point apply for citizenship through a different avenue. The act was first introduced to the Senate in 2001 and has since been reintroduced five times but has so far failed to pass. Senator Dick Durbin of Illinois is once again urging Congress to pass the DREAM Act in response to the Trump Administration’s rescission of DACA.

The act would provide a path to citizenship for children who were brought to the U.S. illegally by no choice of their own. The U.S. is the only country these children have ever called home. Many of them do not even speak the language of their home country. Many aren’t aware of their immigration status until they reach their late teens and want to apply for a driver’s license or college admission.

The DREAM Act does not grant legal status automatically. Candidates have to meet strict qualifications. They must have been younger than 16 when they arrived in the U.S. Those who are 30 years old by the time of enactment are no longer eligible. Potential recipients must also graduate from high school, be “of good moral character,” pass background tests and continue their education at college or in the military.

The editors of The Spectrum applaud Tripathi’s move to support the DREAM Act. We feel his support should be followed with conversation and action. While it is great that Tripathi is voicing support for undocumented childhood arrivals broadly, as president of this university, he first and foremost has a responsibility to UB students.

The UB Sanctuary Campus Initiative composed a resolution demanding that UB enacts concrete measures for the protection of DACA and undocumented students and staff on campus. The Faculty Senate passed the resolution in April, titled “UB Faculty Senate Resolution to Protect Non-US Citizen Members of the UB Community,” but Tripathi still has not signed it.

Tripathi claimed in a statement to UB Now that he is “committed to a diverse and inclusive campus community.” But if this is the case, why hasn’t he signed the resolution? And why hasn’t he made more of an effort to hire faculty of color? Not backed by action, this language just sounds like empty rhetoric.

If Tripathi is as “committed to diversity” as he claims to be, it’s time for him to continue the conversation of DACA and make his promises into actions.