Christopher Columbus is not a hero to be celebrated

Tuesday in October should celebrate indigenous people instead 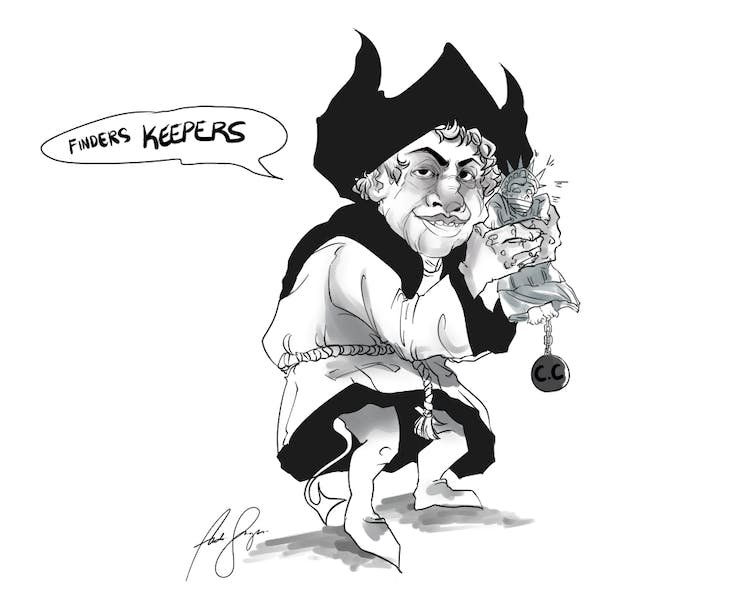 While Christopher Columbus has been a celebrated figure throughout American history, he is no hero.

Columbus is responsible for the brutal deaths of hundreds of thousands of indigenous people. He enslaved native peoples and trafficked young native women into sexual slavery. He brought with him dozens of deadly diseases that wiped out enormous portions of indigenous populations. Still, he is honored as the man who discovered America, which isn't even true. Columbus never set foot on American soil, nor was he even the first European to discover the Americas. October actually marks the anniversary of his arrival at the Bahamas.

And while Columbus did reach present-day Cuba, Haiti and the Dominican Republic, he never set foot in North America. Leif Erikson was actually the first European believed to have traveled to North America, some 500 years before Columbus’ journey.

From Columbus to the Trail of Tears to the recent acts of terror by the U.S. government against the Lakota Sioux who were protecting their sacred land from being exploited by the Dakota Access Pipeline, there is a long legacy of violence against indigenous people in the Americas. Why are we celebrating a perpetrator of genocide when we should be celebrating the strength and resilience of indigenous people?

Columbus played a role in history that should be understood and taught in schools, but he should not have a holiday celebrating him, especially one perpetuating false narratives about the discovery of America and obscuring his horrific crimes against indigenous peoples.

The Seneca Nation of Indians originated in the Buffalo area and currently has a population of nearly 8,000 people. They were known as the Keepers of the Western Door and any foreign victors wishing to visit other members of the Iroquois Confederacy had to pass through the Senecas. They controlled trade at the western edge of the confederacy as well as hunting, fishing and farming throughout the region.

Red Jacket Quad in the Ellicott complex is named after a Seneca Chief. Chief Red Jacket was one of the most prominent Native American Leaders in United States History. He secured territory in Western New York for his nation by negotiating with colonial leaders prior to the American Revolution. President George Washington presented Chief Red Jacket with a peace medal in 1792.

Red Jacket was also active in Seneca politics. He believed Senecas should maintain their old customs and traditions. He served as the spokesperson for the conservative faction of the Senecas at Buffalo Creek and opposed any sale of Seneca land to the British or Americans.

And one of UB’s most prominent alumni is a member of the Seneca Nation. Dean Seneca, who graduated with a bachelor’s degree in planning in environmental design from UB in 1990, has been a Senior Health Scientist at the Center for Disease Control for 18 years. He previously served as the Director for Tribal Planning and Economic Development for the Seneca Nation and is a member of the American Indian Science and Engineering Society.

As of 2015, 2,821 Native American undergraduates were enrolled at UB. UB should follow the lead of other universities and declare the second Tuesday in October Indigenous People’s Day. UB could use the holiday to highlight Native American culture and provide education about Columbus’ true legacy. Not only would it show respect for UB’s indigenous student population but would also serve as an excellent learning opportunity and a chance to expose students to different cultures which should be the hallmark of any well-rounded undergraduate education.