Raise your hand if you've ever felt personally victimized by Snowvember 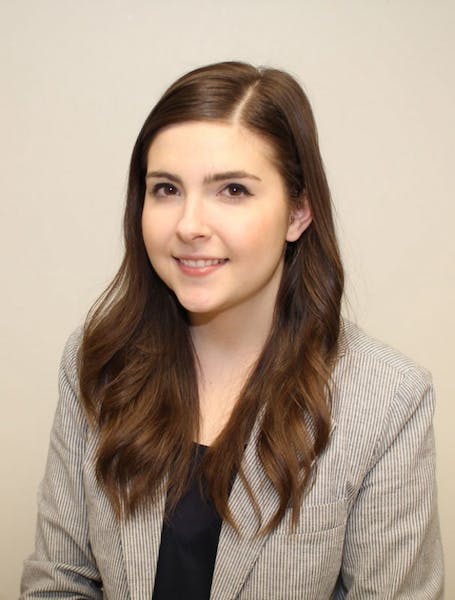 Over the past few days, I’ve grown accustomed to hearing my dad’s footsteps on my roof.

I got used to having my ears attuned, listening for his distinct whistle, a piercing noise we agreed would signal an emergency. (Like a falling off the roof while trying to clear it of more than 4 feet of snow so our house wouldn’t collapse type of emergency.)

I live in Lancaster, one of the areas hit hardest by last week’s insane lake effect snowstorm. I had to stop and ask myself multiple times last week if anything I was experiencing was actually real life.

Did my suburb truly get more than 80 inches of snow? Did our snow blower really just break? Am I actually going to manage a reporting staff from my couch? Did my grandmother seriously just get evacuated from her nursing home because its dining room ceiling collapsed?

And to think, I was really set on driving to school Tuesday morning.

(And my grandma is OK – she will crack up telling you the story of how she had to ride a fire truck to safety.)

The week just kept getting weirder. I didn’t travel far from my house for four days, obedient to my town’s driving ban.

In that time: I ran The Spectrum from my living room Tuesday – many conference calls, rewrites and text messages later, we had a paper done … that no one would see a physical copy of until the weekend.

Wednesday, I was interviewed by Poynter, a journalism institute, about how The Spectrum’s delivery was delayed due to the driving bans. This storm was making national news and everyone wanted a piece. A short time after, The Buffalo News interviewed me about disgruntled commuters angered UB didn’t immediately cancel classes.

I freelanced for The New York Times – walking through the snow banks in my neighborhood and talking to Western New Yorkers to capture at least a glimmer of the madness so the rest of the world could try to understand what was going on.

The abandoned cars and trucks, the massive walls of snow, the fears of collapsing structures, the climbing death toll.

It was chaotic. It was terrifying. And it had its few charming moments.

Like when I convinced my dad to do shots of chocolate vodka with me because it was a Wednesday at 10 p.m., he spent the whole day shoveling and, like really, what else are you going to do on Wednesday at 10 p.m. after being cooped up with your 22-year-old daughter for days?

So we drank. And we laughed. And watched an old movie from 1960. And laughed some more. We were thankful to be together, warm and safe because for the first time in any storm we could recollect, we really saw what other people were going through.

Like I said, much of the last week has felt surreal – maybe because I was seeing images that caused even me, a life-long Buffalonian, to gasp.

My friends and family sent us iPhone pictures: What their cars looked like buried, the wall of snow pushed up against their back doors, the shed in the back almost lost under a mess of white. My dad documented his entire journey cleaning off our roof on his new iPhone 6 to send to my uncle in Elma who was doing the same thing.

We weren’t just comparing our situation to the people across the street, but to the people across town. The people we couldn’t get to. Sure, broadcast news has always been aggressive in storm coverage, but there’s no better view than the one from someone’s back porch – the places reporters can’t easily get.

I remember the October storm. It was 2006. We didn’t watch that story unfold on the screens of smartphones. We didn’t see the massive galleries of Instagram photos strung together by The Huffington Post.

Perhaps that’s why elements of my week felt so unreal – because we were seeing things at level we hadn’t before.

Buffalo, this was the first storm you could take over with social media and you certainly did not disappoint, sharing images that have the rest of the nation in awe.

I can’t be the only one wondering if last week was really real, but I guess we have the thousands of pictures to prove it certainly was.

By BRENTON J. BLANCHET
21 days ago

By JACKLYN WALTERS
21 days ago

By BENJAMIN BLANCHET
21 days ago

By JULIAN ROBERTS-GRMELA
21 days ago