When President Barack Obama addressed UB in August and talked about his plans to revolutionize the American educational system, he pushed for affordability and increased value in the college experience.

The latest Kiplinger report shows UB is steadily moving toward achieving those goals.

Kiplinger's Personal Finance released a report last week that ranked UB third for lowest student debt at a public university. The average UB student graduates with $16,025 in debt, according to the report.

John Hui, a recent UB grad who majored in business, thinks his debt from UB was a manageable amount. He said he is confident that if he had a job, he would be able to pay off his loans within a year.

He owes $15,000 and is unemployed, but Hui said his education at UB was gratifying and believes he is a strong candidate for employment.

UB offers students $5,140 in financial assistance on average, according to the report.

Isabelle Yi, a freshman English major, is responsible for paying her tuition, which she said amounts to $10,000 this year. Yi considers it a reasonable amount compared to private schools.

"I pay $5,000 for tuition," Khan said. "[Compared to private universities], I agree, it's one of the cheaper schools for its values."

The national average amount in 2012 was $29,400, according to a report from the Institute for College Access and Success' Project on Student Debt. Tuitions across the country continue to rise.

In 2012, The Spectrum reported that UB's academic and tuition costs would increase over the next four years, according to Gov. Andrew Cuomo's NYSUNY 2020 plan.

The plan aimed to increase staff, pursue economic development and bring the medical campus downtown. The national spike in education costs is bad news for recent grads looking for work in a difficult job market - with average unemployment at 7.7 percent, according to CNN Money.

The report highlighted UB's "Finish in Four" program. It praised UB for helping students fulfill their academic requirements in four years, while eliminating the extra debt that comes with untimely graduation.

The program guarantees students will graduate in four years with the help of an adviser. If a student fails to graduate according to the plan, despite having followed the guidelines his or her adviser set, the university covers the costs of remaining academic requirements for the student.

Nine SUNY universities ranked in Kiplinger's Top 100 Best Values in Public Colleges list, which was released in December. UB was ranked No. 51. 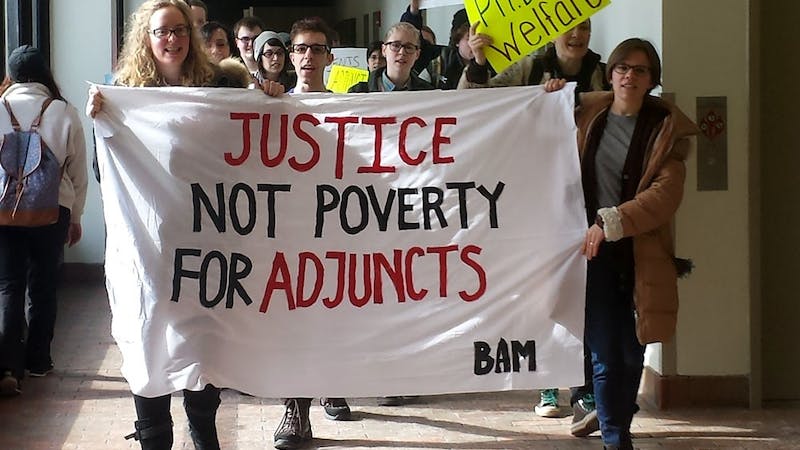 By MARLEE TUSKES
2031 days ago

By ANTHONY HILBERT
2353 days ago