As tall as a cedar

The power of pushing yourself, and how I grew from doing so on life-changing trip

It was me against a herd of boars.

I was alone, in Northern Lebanon, jogging through the mountains as I did every day that month.

I usually took my run in the morning, and some of the locals warned me about the wild animals that come out at night. But I was busy that morning, and I was determined to get my dose of exercise for the day. It was only 6 p.m.; the sun was still shining. I was certain I'd be fine.

As I finally found my pace up the mountain, about 20 minutes from my family's home, I began to hear footsteps.

I refused to break out of my zone. My Nikes hit the ground at perfect stride - I was making great time, and will.i.am's "That power" was blasting through my headphones.

Again, I heard footsteps, even with music blasting. I stopped and took out my earbuds.

To my left was the side of a giant mountain, and coming down that mountain were three small boars.

To my left? A cliff.

"Please, God, please," I prayed in my head while standing on the narrow road. "Help me. Please. I don't know how. But please stay with me."

The road I was on was maybe 6 feet in width, and the boars were coming closer and closer.

I edged toward the cliff. Tears filled my eyes.

I was determined to go to Lebanon that summer. My mother and father were both born there - my mom came to America when she was 4, my dad when he was 17. We visited the beautiful country when I was 5, but I hadn't been back since.

I told my dad this was my summer - I had to go. I convinced him and my cousin to come with me, and we left on July 15 - the summer before my senior year of college.

I expected to fit in with the community perfectly in my dad's hometown village, Mazraat Al Toufah, where we stayed for four weeks. I thought it would be second nature.

I did, in fact, grow up very different from my American friends. My mom packed me spinach pies instead of peanut butter and jelly sandwiches in elementary school, and my dad's heavy accent made my friends laugh.

But I hated Lebanon.

That first week, I did nothing but fake a happy face. I was supposed to love it, wasn't I?

But the truth is, I was ripped out of my comfort zone - 5,700 miles away, to be exact - and had none of my typical comforts to rely upon.

I usually rely on my extroverted friends to socialize for me. If I don't feel like I look good, I just stay in on a Friday night and watch Netflix on my laptop. When I need to make a decision, I quickly call my sisters, and they make it for me.

I felt alone, desperate and sad. On July 21, a few days after I arrived, the entire town went to church for Eid Mar Charbel, the feast day of the Lebanese patron saint Charbel.

After evening mass, the whole village walked almost a mile to a small stone shrine, singing Arabic hymns the whole way. We arrived at the shrine, and I said a small prayer: I asked God to help strengthen my faith. I wanted to depend upon him alone, as St. Charbel did, for happiness - I wanted to feel comfortable in my own skin.

From that day forward in Lebanon, I kept pushing myself; despite any discomfort or social hiccup, I kept going. And then I started to see clearly.

I was in the most beautiful country I'd ever seen, and my time was free, depleted of computers, TVs or a Facebook refresh button.

I began filling my time by reading a book about St. Charbel - a man who found faith through the beauty and nature of Lebanon. I woke up every morning, stepped out of my house and walked up the serene and strikingly beautiful mountains. I ran and sweat under the hot Mediterranean sun, motivated to keep going by the unbelievable view surrounding me.

I realized that in life, in order to learn or change or grow, you have to push yourself. Despite any discomfort, you must keep going.

And as I pushed myself, I found some pretty incredible things.

My friends in the town took me on ATVs, up to one of the highest points of Lebanon. From the top, the peaks were almost touching the clouds. I saw every valley and mountain, tree and house in all of Northern Lebanon. I felt on top of the world.

In our town, the Mazraat Al Toufah, I was around some of the nicest people I've ever met. The boys are endearing, perfect gentlemen. The girls are caring, kind and maternal - no matter how old.

I remember one day I had a stomach virus, and my good friend Issa who lived down the street heard I was sick. I texted her from my phone in Lebanon and let her know I was under the weather. Not even five minutes later, the 18-year-old girl who I'd met only three weeks earlier was in my room, nurturing me at bedside.

Despite feeling like an outsider at the beginning of my trip, I never felt so close to friends in my life. We could go out to a nightclub or stay in the village all night - either way, we shared a connection that was undeniable. Our parents, grandparents, great grandparents and so on grew up together in that town. Our ancestors founded the village over 600 years ago. We had just met, but I felt like I had known them my whole life.

As I began every day outside, I saw more and more of what St. Charbel must have seen over 150 years ago. The gorgeous blue sky, shining sun, forests, valleys and stunning shorelines.

I also saw some disturbing things.

One day, my friends took me through one of the most dangerous cities of Lebanon - Tripoli - where I promised my father I'd never go.

The area is an unpredictable warzone home to many terrorists.

We only drove through it, and I observed mostly men, who were staring into our car, from my window.

"You're naked, Lisa," my friend said.

"Look around you," she said. "Women aren't allowed to wear shorts here."

In fact, there were barely any women outside at all. I spotted two, who were covered from head to toe in clothing. It was a scorching hot day, and I had just spent the day freely at the beach. Sun-kissed and tan in my shorts and tank top, I felt a surge of guilt. Freedom is an incredible thing.

In the past 20 years, the Lebanese government has been largely taken over by Hezbollah, a Shiite Muslim political group, and the country has experienced a lot of terrorism and violence - which juxtaposes the beautiful and pure Lebanon I know.

What's worse is my smart and talented friends who are my age are struggling to get jobs. Political connections outweigh any college degree, and people aren't making money as a result.

The Syrian War is also affecting the Lebanese economy. One in four people in Lebanon is Syrian; the country's population of about 4 million increased by 25 percent in just two years, according to the Wall Street Journal. Syrians are fleeing the war and flooding the streets of Lebanon.

"Refugees have crowded many impoverished villages that dot the border between the two countries, while well-to-do Syrians have driven up apartment rental prices across Lebanon," Nour Malas reported in the Wall Street Journal on Aug. 16. "And Syrians have become a major competitor in Lebanon's medium-and-low-wage job market, creating rising resentment among locals struggling to find jobs themselves and make ends meet."

I was overwhelmed with a new sense of gratitude, spirituality and joy. And I'm not the only person who's been inspired by Lebanon before.

Khalil Gibran, a Lebanese artist, poet and writer, is the third-best-selling poet of all-time, according to The New Yorker. His philosophical poetry has spread wisdom to many readers.

Lebanon is even mentioned 71 times in the Bible. Psalm 92:12 in the Bible reads: "The righteous flourish like the palm tree and grow like a cedar in Lebanon."

In my four weeks in Lebanon, I pushed myself to social, spiritual and emotional limits. I left the country on Aug. 15, the day before my 21st birthday, feeling like I had grown immensely - maybe even as tall as a cedar.

One of my last nights in Lebanon, I went with a few friends to a nightclub. There was a "one-man show" - a Lebanese singer who recites classic Arabic dance songs accompanied by a live keyboardist and drummer. The atmosphere was infectious; I didn't even want my glass of cranberry-vodka.

I was surrounded by some of the loveliest people I've ever known, dancing to music that gave me chills, feeling as confident as I ever have and more appreciative of my life than I've ever been.

I was drunk off of Lebanon's exquisiteness.

The boar that led the pack was only a couple feet from the road. I inched closer to the cliff.

"I'll be fine," I thought, looking down. "If I jump, maybe something will catch me."

But nothing was going to catch me. Like every obstacle I faced in Lebanon, I had to figure out my way. There was no time to think; I had to keep going.

Out of nowhere, I saw a man about a quarter mile away from me, where I had just came from. He wasn't there on my way up.

He was waving his arm toward the boars - he was a herder.

I waved to get his attention, but he didn't notice. I wanted to run over to him or scream, but I couldn't alarm the boars.

So I took huge, quiet walking steps toward him, the entire time asking God to help me make it to the man before the boars made it to me.

I had heard horror stories in Lebanon about people who got chased or attacked by the wild boars in the mountains.

Finally, I reached him.

Tears filled my eyes, and in Arabic I told him I was scared. I asked him for help.

Choosing to cover: Student wears a hijab for one day 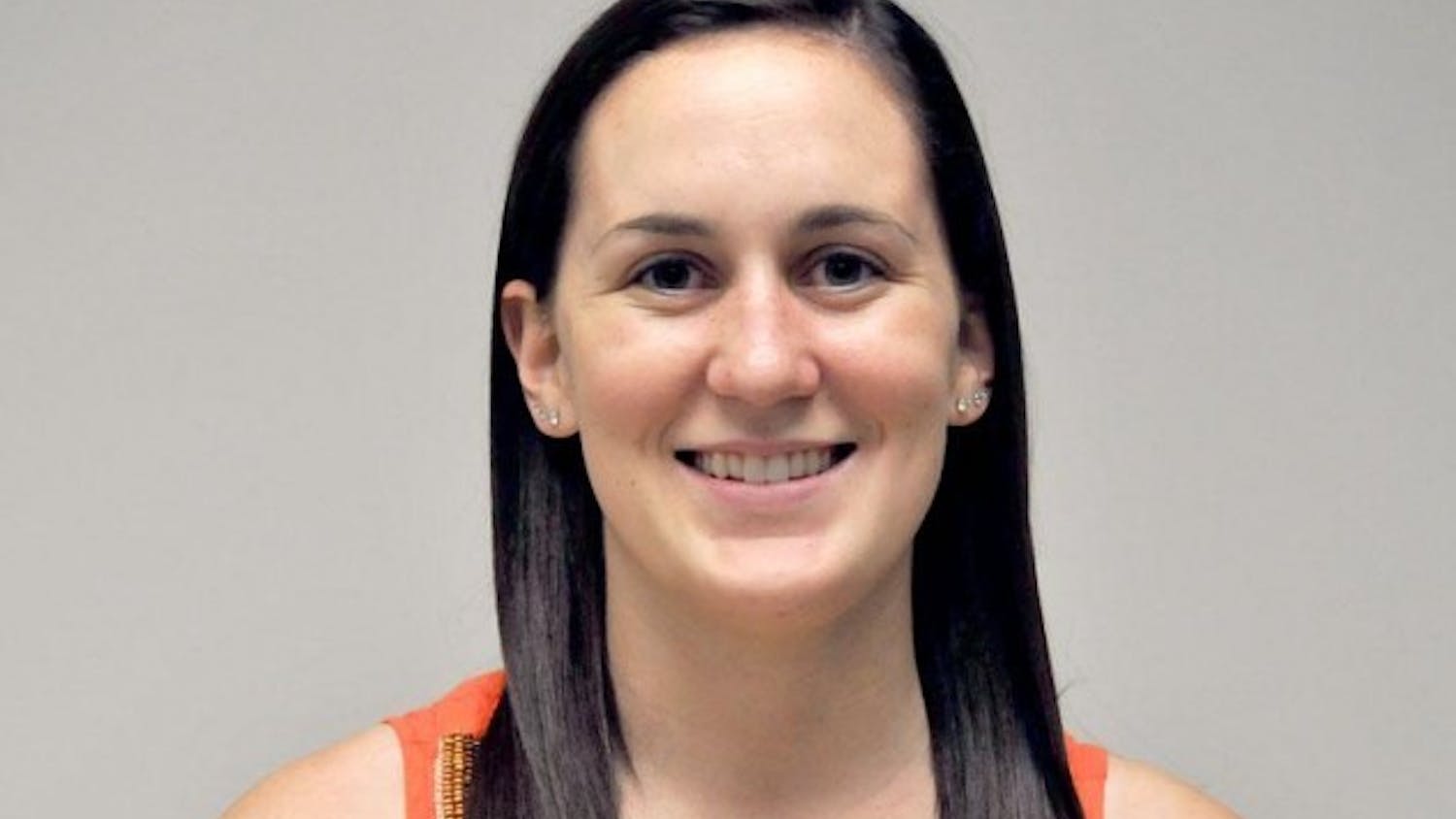 "Stress eating during finals: I'm not the only one, right?" 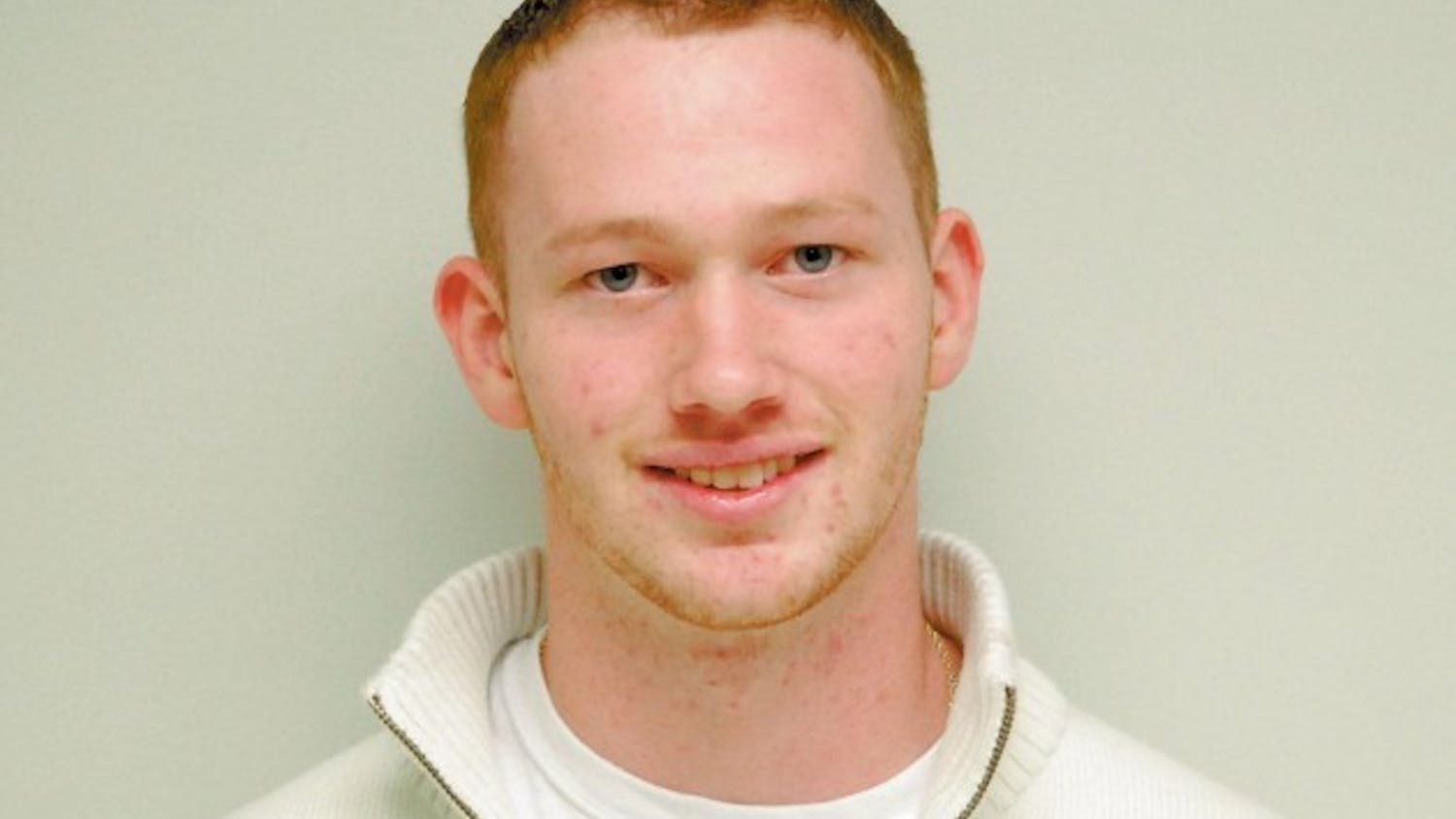 The future of the Black Mamba