Before Sept. 11, air travel gossip centered around a new breed of airline, one with smaller jets, reliable service and all the trimmings. Among the savvy startups, Jet Blue was culling growing favor among students with cheap fares and a quick and comfortable experience that extends as far as complimentary blue potato chips.

Following that Tuesday's events, the airline has been working to ensure it remains the preferred airline of Buffalo students despite the now dire straits of the American airline industry.

Passengers on Jet Blue flights the day of the tragedy witnessed the World Trade Center attacks unfold from the air. Many were left helplessly frightened by the live images on personal cable TV screens installed on every seat back, one of the airline's most touted perks. Most planes landed within the hour, many in Buffalo.

Upon arrival, "immediately without question, people who were diverted here were put in hotels; we gave them meals and phone cards," explained Irene Goosley, Jet Blue's station manager at the airline's Niagara Falls International Airport terminal. Goosley said part of Jet Blue's policy is "remembering the human factor as opposed to the seat."

When the skies were again open for travel the Friday following the terrorist attacks, Jet Blue was the first airline to take off, leaving major airline carriers' larger 757s on the ground. A flight scheduled to depart Friday morning at 6:40 a.m. was the only delay that day, and left at 11:00 a.m.

Although Goosley said Jet Blue has "met or exceeded all the requirements of the security directives put out by the FAA, and feels that it is safe to fly," the Niagara Falls airport remains nearly empty. Jet Blue managed to resume its flight schedule despite security policies as strict as confiscating toenail clippers and tweezers from passengers, but has yet to reclaim its bustling business.

"There is an eerie sense of quietness. People aren't really asking too many questions; they are doing what we ask them to do," said Goosley.

Over the last two years, UB student Melanie Marciano has frequently flown home on to Queens, N.Y. on Jet Blue. "Since the attack, I am really scared to be in the air," said Marciano. "The reason why this happened is because people at the airports were letting too many things slide."

Even with small passenger lists, Jet Blue continues to offer low prices to New York City, a frequent destination for UB's student body. Although many airlines have offered "sympathy" or "bereavement" fares in light of the tragedies, Jet Blue maintains that their prices are already thrifty enough.

September is commonly a slow period for the airline industry, and the hijackings have led to a profound downturn in sales. Goosley said Jet Blue is "not looking to lay people off," despite reports some major airlines will lay off up to 12,000 employees.

Congress will convene this week to review legislation that would give the airline industry $25 billion to aid in recovery efforts and lost profits. 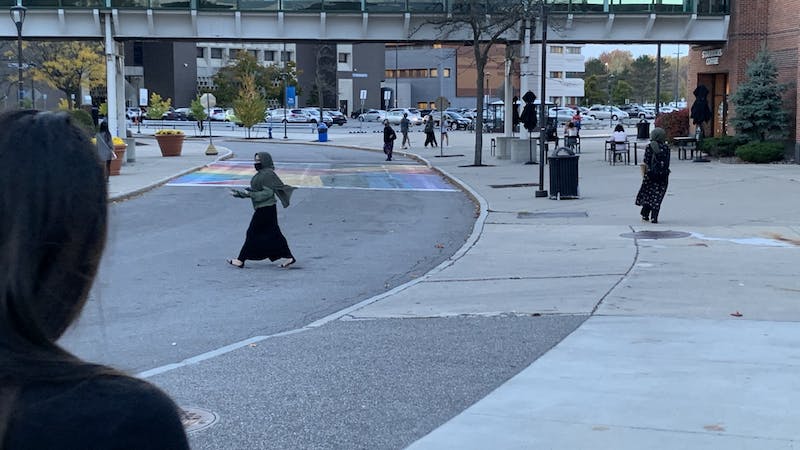