The winner takes it all, and I have

A love letter to my friends and colleagues 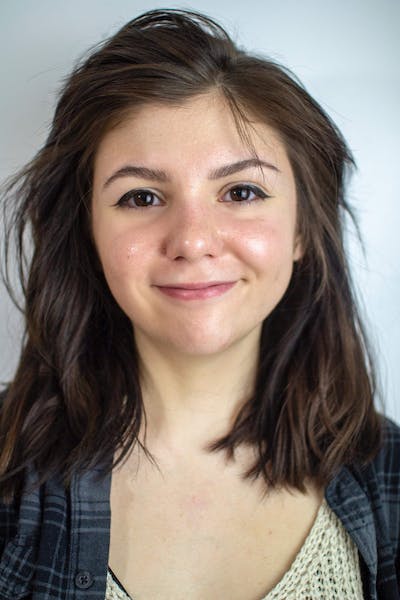 Or since we’ve had a secret “girls room” meeting.

Or since we’ve gone on a Tim Horton’s run, only to find out the line was too long.

Or since we’ve bleached someone's hair in the conference room.

None of us thought it was going to end like this.

Coming into my last semester, I was ready to just push through and get to the next step. But having missed out on so much, I wish there was a way to hold on just a little bit longer. So here I am, in the same position I’ve been in for the last few weeks, crying at 2 a.m. while remembering all of the great experiences I had on staff.

I’ve been on staff for over two years, and owe a lot of who I am as a person to being involved in this publication. Not only have I gained an immeasurable amount of industry knowledge, but I’ve also been able to build some of my closest friendships with our amazing staff, both past and present.

I’m leaving The Spectrum with a job and an extensive portfolio, but it’s the relationships I’ve made that mean the most to me. I don’t think I’ll ever meet a better group of people. The friends I’ve made while working here are by far the brightest, most determined group of people to ever grace this publication. The fact that we didn’t get to spend our last few weeks together is absolutely devastating.

I first joined as a sophomore. I hadn’t even realized there was a newspaper on campus until reading a copy my roommate had brought back to our dorm and, being the pretentious film student that I was, knew I had to stop whoever was responsible for the reprehensible movie reviews I had read.

That was two years ago.

Brent, you’re by far one of the most talented writers I’ve met, and I know you’re going to end up writing for the Rolling Stones and having Sunday brunches with Ariana Grande someday. And Brian, if you’re even reading this, Greta Van Fleet wasn’t that bad. We just wanted to tease you. I joined the paper looking for a hobby, and you guys somehow turned it into an entire career change.

Jacklyn and Tanveen, you have become the smart, driven, super hot “Sex and the City” girlfriend group that I had always dreamed about. I could spend this entire goodbye column talking about how important you are, but I’ll have to save that for another day. T, you are a ray of sunshine and I don’t think there’s anything that could hold you back in this life. I know you’re going to become super successful, and be the most stylish person in your newsroom. Jacklyn, you are so obscenely smart that the mere notion of you not becoming a world-renowned journalist is laughable.

Ben, despite your implorable preference for Dunkin Donuts, your friendship and 25-year-old wisdom has been invaluable. Isabella and I won’t be joining the bird-watching society, but we will always be down to hit up a Denny’s after 2 a.m. to hear your thoughts on art and politics.

To Reilly and Julian, I’m so proud of you guys and how you’ve flourished. We were the best team, and I can’t wait to see what you both accomplish. I know we’re the same age, but let me have this.

To all of our Monday meetings where we’d decimate the staff writers, to our girls nights drinking white claws and watching “Mamma Mia,” and to all of the memories we’ve built in that windowless office. There’s no way to possibly thank every person who deserves recognition through the last two years.

The Spectrum gave me everything I didn’t know I needed in college, and it was a privilege to be a part of.

Samantha Vargas is the opinion editor and can be reached at Samantha.Vargas@UBSpectrum.com and on Twitter @SamMarieVargas