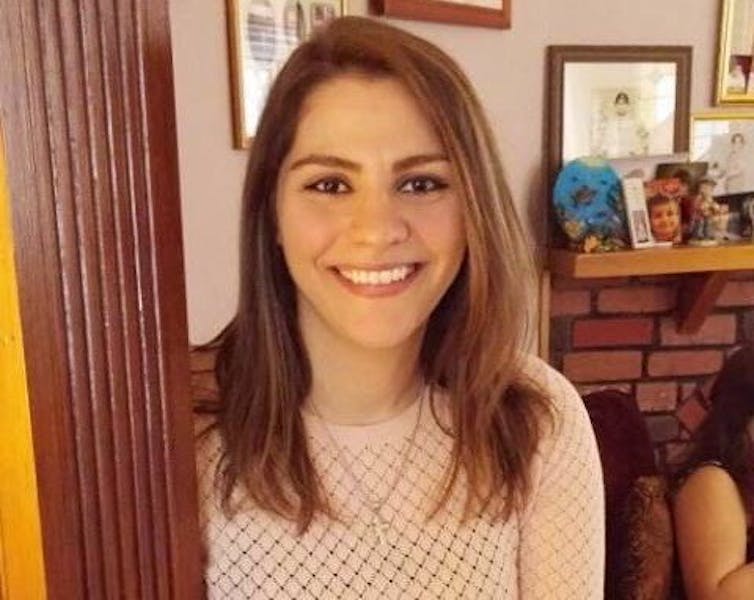 I was getting used to the uneasy feeling I now had anytime I was online, but this one hit closer to home.

It was Good Friday and I was supposed to be spending the week at St. John Maron - the only Maronite Catholic Church in the Buffalo area - with my family and fellow parishioners. Instead, I sat trapped in my house, scrolling Facebook and trying to get my mind off the anxiety surrounding the pandemic. I came across a report from a TV station here in Buffalo.

It showed an image of my church, the title reading, “Williamsville church holds Holy Thursday Mass despite stay at home order.”

“This must be a mistake,” I thought. I clicked the link and couldn’t believe my eyes.

The story claimed my church was performing mass, despite stay-at-home orders. A man, who drove past our parish, saw cars in the parking lot and went inside. He recorded a video on his cell phone, showing five people seated far apart, and sent it to the news station. The reporter published that video and accused my church of ignoring social-distancing protocols.

What she failed to mention is that those five parishioners were helping livestream mass to more than 800 families watching from home.

The false report hit a nerve for our entire community. Hundreds of parishioners fled to the station’s Facebook page, asking for a correction.

But it wasn’t just the false report that hurt us.

The Maronite Catholic church –- a sect that developed in Lebanon in the fifth century -– has a long history of persecution. Seeing a stranger enter our church, alarming our parishioners and spinning a false narrative, brought a familiar wave of pain.

In a time where we’re mourning the loss of our daily routines, ability to hug our loved ones, financial security, certainty about the future and, most importantly, more than 200,000 innocent souls, this report felt like yet another facet of our lives being ripped away. People of all faiths, across the globe, are experiencing a sense of loss by not being able to congregate at their houses of worship. Now, more than ever, we must push past assumptions and strive to understand each other.

The portrayal of my church in the report was not only wrong, but unfair and unwarranted.

Our parish hasn’t been open to the public since mid-March, in accordance with New York State’s social-distancing regulations. Being apart from our spiritual home was not easy, but with the very real danger and life-altering consequences that the coronavirus poses, the community listened and stayed home.

In the story, the reporter is shown calling St. John Maron to ask why the priest was continuing to perform mass. She didn’t get an answer -- likely because during Holy Week, our priest was busier than usual. She then tried contacting the bishop, who never answered. What she didn’t know was he contracted coronavirus while helping someone who had fallen outside his church.

Despite not being able to reach anyone, the story was published. Understanding that news stories move quick, the fact remains that failing to get both sides of the story, and publishing it anyway, was detrimental.

A casual observer would only see a church allegedly disobeying the rules, not a community that has participated endlessly to stop the spread of coronavirus. They would not see the contributions this community has made locally, with many parishioners donating food and supplies to those in need during this crisis.

After the news station posted the story on Facebook, hundreds of comments began piling up.

Both parishioners and objective viewers found it to be unfair. Comments ranged from pointing out the inaccuracy of the story, to questioning the ethics of posting it without allowing the church to respond. One commenter quoted the state mandate, which reads “Houses of worship are not ordered closed, however it is strongly recommended no congregate services be held and social distance maintained.”

The news station did not respond to any comments, however the reporter responded to some, including my own. She/he said  “I did reach our [sic] multiple times throughout the day to get a statement from church leadership. Tried two different phone numbers. Left messages and emails. Also contacted the Epochary [sic] in Brooklyn which looks after this church. No response.”

This story was published on Good Friday, a day when Catholics are immersed in prayer and reflection, and a day that most Middle Eastern Christians have had to fight to be allowed to celebrate.

In fact, they’ve had to fight to be allowed to worship at all.

On April 14, terrorists in Egypt planned to attack a Christian Coptic church during holiday celebrations. On July 11th, a bomb went off at the Virgin Mary church in a Christian area of Syria. And in 2016, the Lebanese Christian village of Qaa was attacked by bombs, killing five civilians. Four more terrorists returned for a second attack, this time waiting to strike outside the village church, as funerals were being held for the lives lost in the first round of attacks.

These examples are just a few of many. The persecution of Middle Eastern Christians is reaching levels of genocide, says a report by British foreign secretary Jeremy Hunt. In fact, the population of Christians in the Middle East in the 20th century has decreased from 20 to 5%. For decades, Christians have fled the region, leaving behind their homes, communities and lives. That includes my parents and ancestors.

The families of St. John Maron fled religious persecution. They came to America to freely worship. And right now, during this pandemic, we are doing the best we can. Hopefully, the TV station –- and community at large -– can bring kindness and understanding into a post-pandemic world.